Are You A Superboss? 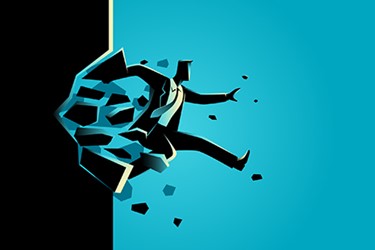 Ever have a boss that you’d run through a brick wall for? I have. And if you have too, then you likely know the difference between working for a boss, and the Superbosses written about by Sydney Finkelstein, Ph.D. The Steven Roth Professor of Management at the Tuck School of Business at Dartmouth College and past Leadership Lessons contributor to Life Science Leader, Finkelstein conducted more than 200 interviews and spent 10 years researching superbosses. What did he find out? For starters, he concluded that superbosses exist in nearly every industry, from the glamorous to the mundane. Further, if you study the top 50 leaders in any field, Finkelstein believes you will see that as many as one-third will have once worked for a superboss. In other words, superbosses are incredible talent spawners. So, even if you have never worked for a superboss, if you hold a leadership position at your company, it’s in your best interest to strive to be one. Why? Because regenerating the talent pool is the single most important thing any leader can do at their company to survive and prosper. Superbosses understand this, and it is for this reason they are able to achieve unparalleled influence and business success in their respective fields. Let’s review Finkelstein’s three categories for superbosses detailed in his book.

While researching superbosses, Finkelstein noted that despite some personal differences, superbosses fall into three distinct categories: iconclasts, glorious bastards, and nurturers. While all have some attributes in common, they also have some distinct differences.

Iconclasts are so wholly fixated on their vision that they are able to teach in an intuitive and organic way. Their teaching style occurs as a natural outgrowth and in service to their passion, rather than the application of a conscious or methodical approach. The mission in life of an iconoclast is to express what is inside them so the rest of us can see what they see, feel, or hear. Their passion, and their single-minded pursuit of it, intuitively contributes to their success as a boss and teacher. Iconclasts are the artists, those we might refer to as creative geniuses (e.g., filmmaker, George Lucas).

Glorious Bastard superbosses are less attuned to developing others than they are to winning. Nothing counts except winning — nothing. These are the types of bosses that push a staff to work until t3 a.m. several days a week. They might be merciless and chastising of people when they make mistakes. They can be selfish, unfeeling, and unpleasant. What makes them glorious? They understand that in order to win they need the best people and the best teams. They may be egoists and want fame and glory for themselves, but they perceive the success of those around them as the pathway. Thus, they teach their people how to win, inspiring them with examples of what winning feels like and push them to ever higher levels of performance (e.g., Oracle founder, Larry Ellison).

Nuturers are superbosses that truly care about the success of their protégés and pride themselves on their ability to develop others (e.g., the late NFL hall of fame coach, Bill Walsh). Finkelstein chose the word nurturer to provide a sharp distinction between these types of superbosses and those we typically see in the corporate world. Nurturers are activist bosses, consistently present to guide and teach protégées. They actively engage with employees to help them reach great heights. Most business mentors don’t maintain deep, intense, and long-lasting relationships with their younger, less experienced mentees, but nurturers do. And while nurturers tend to have more of a “nice guy” sensibility, Finkelstein notes nurturers not being superior to the other two types of superbosses when it comes to talent generation, though they are likely much more fun to work with and for.

Finkelstein notes that a common characteristic between the three is they know how to help talented people accomplish more than they ever dreamed possible, and in the process, become a talent-generation machines for entire industries. They make it their business to push people out of their comfort zone with new and challenging assignments. They are great coaches, igniters of talent, and the teachers of leadership in most industries. Superbosses understand that the path to extraordinary success is founded on making other people successful. So how do they do it? Let’s dig into the attributes all superbosses have in common.

The 5 Common Attributes Of Superbosses

Among the superbosses researched by Finkelstein, the author identified a set of basic character traits, though not equally pronounced in every superboss.

#1 - Extreme confidence, or what some might describe as fearlessness when it comes to furthering their agenda and ideas, is superboss attribute number one. All almost universally embrace the axiom, “there are no problems, only solutions.” According to Finkelstein, superboss fearlessness can bleed into their personal lives as well, with many superbosses having rather dangerous hobbies. For example, superboss Robert Noyce, founder of Intel, was a pilot, an active heli-skier and motorcycle enthusiast known to have raced through the streets of Bali during a monsoon.

#2 – Competitiveness is another important superboss attribute. But they don’t just like competition, they thrive on it, they seek it out, and they create it. For example, a college roommate of financier superboss Michael Milken remarked, “If we were doing the dishes in our apartment, he always liked to time how long it took and said he could do them faster.”

#3 – A vitally important superboss trait central to their ability to be innovative is their imaginative nature. Superbosses are visionaries and think intensely about what could be, getting fired up to turn their dreams into reality. A former executive who worked for fashion designer superboss Ralph Lauren stated, “I remember when I would go to dinner with Ralph, we would never talk about business. We would talk about dreams. The dreams were, if you were skiing in Aspen, what would you wear, what kind of comforter would you have, what kind of car would you drive. Would you wear sunglasses? Would they be mirrored? He would construct this world and then he would simply fill in the blanks.”

#4 - Integrity is another characteristic universally possessed by superbosses. However, Finkelstein notes he does not use this word to mean honesty, but rather a strict adherence to a core vision or sense of self. Superbosses don’t play games like bossy bosses. Further, they aren’t distracted by the need to satisfy their big egos, but remain consistently true to themselves, their beliefs and their values. A former protégé of superboss Jorma Panula (conductor and composer) noted how Panula wasn’t interested in the nonsense that took place around the career of a conductor. Panula only cares about the art, the work, and making the best music he can, and “It’s stupendous,” the protégé exclaimed.

#5 Authenticity is the fifth and final in-common superboss attribute. Their personalities at work aren’t contrived for the benefit of their reports. Rather, they are unrestrained, and thus why they typically come across as memorable, unique, or “one of a kind.” For example, superboss Tommy Frist, founder of Hospital Corporation of America (HCA), was a family man, and made no attempt to hide it from colleagues. Superbosses possess an energy that is spicy, interesting, and exuberant, and such authenticity functions as a vortex that draws people in.

Examples Of What Makes A Superboss — Super

Superbosses are known for recruiting employees with unconventional qualifications or extend their search for new employees to areas others might have overlooked. But here is an important point — they don’t do this to be trendy. They do it to get top talent. Take former NFL San Francisco 49er coach and superboss Bill Walsh. In 1987, the NFL established the Bill Walsh NFL Diversity Coaching Fellowship. The goal of this initiative, first envisioned by Walsh, was to expose talented minority college coaches, high school coaches, and former players to the methods and philosophies of NFL coaching staffs. While the fellowship not only allowed minority participants a fast track into the NFL, it enabled Walsh (and others) to tap into a new source of talent. Think about it. There are a very limited number of coaching jobs in the NFL, and all the NFL and college teams are competing for the same talent. So, if you want to find undiscovered all-star coaching talent of the future, you either need to find a new pond in which to fish, or in the case of Bill Walsh, build a pond and begin stocking it with the talent not everyone else sees. Was it the right thing to do? Obviously. But achieving social justice was not the primary outcome of the program, while building the NFL’s coaching and leadership bench was. Because Walsh saw the opportunity involving leadership diversity some 20+ years prior to it becoming popular to do so.

Superbosses frequently employ interview methods that others would regard as highly eccentric, bordering on being observational research. For example, when superboss musician Miles Davis became interested in Herbie Hancock, he invited him over, led him to his basement, introduced him to two other musicians, suggested they try playing together, and then left. He repeated this routine for a few more days. While Hancock and the others played, Davis listened to their sound over his home intercom. Once he felt he had heard enough, he’d go down and play a few numbers with them.

There are a variety of other examples as to what Finkelstein learned that makes superbosses super. But for that, you will need to check out his book, Superbosses, a great read for those who truly want to be exceptional leaders. But before you do, maybe you should take this Superboss Quiz. If you do, you can get a free download of Chapter 2 and learn more about how superbosses find the world’s best talent, so you can try, before you buy. Finally, if you are a fan of podcasts, be sure to checkout Professor Finkelstein’s version — The Sydcast.