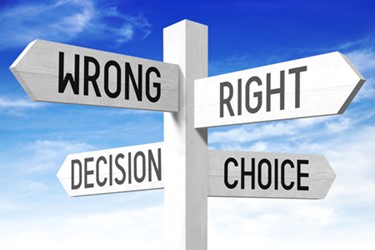 Not long ago I was having dinner with my wife, and we got into a discussion on business buzzwords and phrases. “At the end of the day” is one of her least favorite, and she proceeded to share her theory as to how the phrase came about. “Executives at companies can’t get bogged down in all of the various details necessary to successfully execute their big ideas,” she shared. “This is why they use a catch-all phrase like, ‘at the end of the day,’ followed by some high-level overview that says very little about what all actually needs to be done — by the end of the day.”

At this year’s annually BIO meeting in Boston, I heard one executive use the phrase “race to redundancy.” It sounded kind of cool when he said it, and I made a point of writing it down. The point the executive was trying to make revolved around innovation and how, if more than one company is pursuing treatments for various diseases, we frequently see a race to redundancy resulting in numerous “redundant” treatments. While this sounds pretty good (in theory), the reality is that if biopharma doesn’t have any redundancy, then we won’t have any competition. And where there is no competition, companies can price a product at wherever they want. So a little redundancy in biopharma is likely a good thing, for it not only creates a more competitive pricing landscape, but if ever there is ever a drug shortage it provides patients with options.

A January 2018 Forbes article lists nine other buzzwords/phrases (in addition to “at the end of the day”) that could be used a bit less:

I’m not sure I completely agree with this list, for I have actually heard deliverables, core competency and best practice used intelligently by executives during conversation. However, I do agree that paradigm is over used and believe right-sizing to be a business buzzword that makes everyone not getting the axe feel a bit better about still having a job. It is ironic that when companies have to get to the right size, it is most often the result of poor executive decision making, and usually the person right-sizing the organization isn’t one of the people getting right-sized, though they should be. Look at Jeff Immelt for a recent example. I believe GE could have benefitted from right-sizing their former CEO a few years prior to his retirement. But as this wasn’t done, the global conglomerate is now faced with doing a bunch of right-sizing, and at the end of the day the ones who will be hurt won’t likely be the company’s top executives.

Back in 2011, I wrote a blog about irritating buzzwords and was surprised to see that there was only one word in common between it and the Forbes list — synergy — a combination of synthesis and energy often used to describe a successful partnership.

Here are the nine other buzzwords I cited as being irritating.

Of the above, I’d say only transparency continues to be used significantly by biopharma executives. In addition, I’d like to note that I don’t find the word nearly as annoying as I once did. Perhaps this is because at the end of the day biopharmaceutical companies need to be more transparent if they want to rebuild the trust of the American people, especially when it comes to drug pricing.

One of the current buzzwords that have taken over biopharma is patient-centric/patient-centricity, which is used by companies to adamantly testify how they are putting the patient at the center of everything they do. From my perspective, this isn’t any different than any other company that puts the customer at the center of everything they do. Biopharmaceutical companies should be putting the patient at the center of everything they do, because if they are trying to develop treatments toward meeting an unmet medical need of patients, who better to help with that goal than the patients themselves. So while patient-centricity makes good business sense, overuse of the term to describe how your company is doing so can be a little annoying. But this is not nearly as bothersome as when a writer creates a new word to describe something and then uses it whenever and wherever possible. For example, what if I came up with the word “biosimiaparity” to describe the importance of competition between biosimilar manufacturers reaching a point of parity with an outcome toward lowering the price of biosimilars? Let’s hope such a buzzword doesn’t catch on. But if it does, be sure to give yours truly credit.