Bet On Biomarkers For Better Outcomes 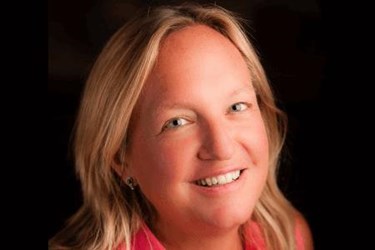 Biomarkers can be used to accurately pinpoint the patient population that will benefit from a drug during clinical trials. So why are so few drug developers using them? Despite a BIO Industry Analysis showing a Phase 1 through approval success rate of 25.9 percent for products that incorporate selection biomarkers versus an 8.4 percent success rate for those that do not, only 5 percent of clinical trials today are using biomarkers for patient stratification. The use of biomarkers can reduce not only delays and potential drug failures, but also the unsustainable costs of current drug development approaches. A multi-institutional study from Duke, Tufts, and the University of Rochester estimates that current costs are a whopping $2.6 billion per approved medical product. Identifying early on patients who will benefit most from the drug and limiting clinical trials to those populations can substantially reduce study costs and provide the evidence needed for both FDA and payer approval.

It has been more than a decade since the FDA released a groundbreaking report — with updated findings in 2009 — as part of its ongoing Critical Path Initiative to revive sagging drug and biologic submissions. Citing the path to market as costly and long, the FDA recommended the use of biomarkers to improve the safety, efficiency, and effectiveness of the drug development process. Cancer presents a challenge in that the road map through the pipeline shows anything but a straight, defined path. Given the complexity of this diverse molecular disease, such that even two patients with the same “type” of tumor will likely have a completely different biomarker profile, it is becoming more accepted that personalized cancer therapy is required to tackle this formidable foe. Analyzing biomarker clinical data in a timely manner will result not only in informed decisions on which way to proceed, but catch clinical trial failures earlier, leading to cost savings that can be used elsewhere. Such a targeted approach uses biomarkers strategically at multiple steps, rather than jumping headlong into clinical trials. Multiple opportunities exist along the drug development pathway to integrate biomarkers into preclinical and clinical studies.

1. Biomarker use in drug development: Biomarker discovery and drug development should go hand in hand. Discovering new and relevant biomarkers early on will lead to more adaptable and nimble preclinical studies down the road. Not all biomarkers will end up being useful, but proactively having a large set to choose from will make it easier to find the best fit for different clinical parameters. Concurrent with biomarker discovery, drug developers should begin to develop biomarker-focused lab-based tests and companion diagnostics that may be needed during premarket approval. For example, Xalkori (crizotinib) and its companion diagnostic, which identified patients with a mutant ALK gene who were likely to respond to the drug, received early FDA approval.

2. Biomarker use in preclinical studies: Develop biomarker assays as a foundation for an adaptive protocol. Ideally, the preclinical phase should serve to determine which biomarkers will be used to assess safety/toxicity of the drug, a pharmacodynamic response, and disease progression in patients. Once a biomarker strategy has been outlined, validating robust cell-based or bioanalytical assays for the relevant biomarkers is critical before beginning clinical trials. Prospective planning for cell-based assays is important, such as selecting a human tumor cell line or well-characterized primary human cancer cells that would most closely suggest a patient’s response in vivo. Biological assays will also provide some insight into the best patient tissue sample to obtain to yield the most information about critical biomarkers under surveillance. Successful cell-based and bioanalytical assays will allow researchers and clinicians to optimize the drug dose, assess safety, and determine end points, or even surrogate end points, for subsequent clinical trials.

Building an adaptive protocol with these bioanalytical strategies provides a more efficient way to reach the right patient population and helps ensure an economically sound study. Because cancer exhibits molecular diversity even within a particular tumor type, enrolling the right study participants is key to a successful clinical trial. Both “umbrella” and “basket” trials can be enriched for participants via biomarker stratification, allowing researchers to use a smaller clinical trial population that is more likely to respond to treatment while still retaining the prospect of being statistically significant.

3. Biomarker use during clinical trials: Leverage adaptive protocols by analyzing biomarker data in the interim to make strategic choices. In the best-case scenario, leveraging adaptive protocols based on sound biomarker strategies will eliminate ineffective pathways while efficiently getting the right drug to the right patient. An adaptive protocol predefines parameters that can be adjusted during the course of the study based on observed patient responses. The protocol prospectively identifies the adaptation rules and processes, while allowing interim data analyses to guide a change of critical parameters, such as dosage, sample size, or patient selection criteria.

Biomarkers provide critical insights into the mechanism of action and effect of a targeted drug on a specific tumor. Biomarkers within an adaptively designed protocol can point out which way to proceed by having the option to pursue or drop certain trial arms and adjust treatment regimens or data collection schedules in a subsequent study. Venclexta (venetoclax) and its diagnostic companion test, which tests for a chromosome 17p deletion in chronic lymphocytic leukemia patients, received accelerated FDA approval applying this method. Using an adaptive protocol with prospective planning allowed adjustments to be made after analyzation of the initial clinical phase. Clinicians were able to fine-tune the dose regimen in the clinical study and initiate a weekly dose escalation schedule with an expanded cohort that resulted in a 15-month progression-free survival estimate of 69 percent.

So double down on biomarkers. They’re a safe bet.