Big Data, Value-Based Pricing, and Ubiquitination: Leading the Charge in the Future of Healthcare 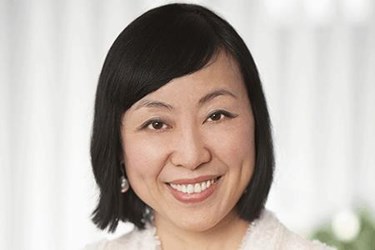 While the pharmaceutical industry is under increased pressure and faced with various serious issues, (e.g., drug pricing woes and changing FDA regulations) now, more than ever, the industry is ripe for improvement and innovation.

Big Data, for example, has a huge potential to improve patient care, while value-based pricing will become more of the standard for reimbursement. In addition, the Nobel Prize-winning field of ubiquitination-mediated protein degradation, the topic of the keynote at the 2016 ASCO conference, holds great promise for treating 70 percent of undruggable targets in the cell, plus is the mechanism of Revlimid, a $7 billion blockbuster and the first two of many pharma partnership deals.

The following explain why each of these topics will be important focus areas for the pharmaceutical industry in the near future.

Big Data To The Rescue
In the future, computers and/or robots will analyze Big Data from patient diagnoses to select the best drug for an individual cancer patient and prescribe better follow-up medicine to contain the disease. With the tremendous advancement of diagnoses that are using liquid biopsy, we also will have a large amount of data from individual cancer patients.

As most drugs are targeted therapies, computers will be able to pair targeted drugs with specific patients’ Big Data. For example, IBM Watson is exploring this possibility at Memorial Sloan Kettering Cancer Center and other cancer hospitals, and this technique is expected to mature in the next 20 years.

Since the diagnosis can be done using liquid biopsy (i.e., blood or urine), the patient will do a routine check-up every month or two. Then, the computer can follow the disease, provide early warning of a relapse, and change the targeted medicine accordingly.

Value-Based Pricing
Drug pricing will soon be based on the clinical benefit to a patient rather than how much money a company spent on developing a particular drug. The patient benefit includes hospitalization, quality of life, and clinical efficacy data points.

For example, Novartis recently announced that the company plans to follow this pricing approach for its CAR T program (however, the company is also using stem cell transplants, which cost as much as $800,000 each).

Interestingly, this industry development may come sooner than the others; upon writing this, there’s speculation that the executive order on drug pricing from President Trump may include this approach for one of the government’s payers.

Ubiquitination/Molecular Glue
New frontiers in drug development will shift from immuno-oncology targets to ubiquitination protein degradation pathway targets, which can target 70 percent of undruggable targets in the cell for a variety of diseases. Small molecules (antibodies or peptides do not enter the cell) are very difficult to use to inhibit protein interaction in the signaling pathway inside the cell, as the protein contact is too large. If, in the future, we can orchestrate specific E3 ligases to selectively degrade the mutant-signaling protein (i.e., mutant KRAS), then the signaling pathway is disabled selectively.

This field is particularly endearing to me, as I solved the first E2-E3 structure, published in Science in 1999, which is the structural foundation of ubiquitination. BeyondSpring, which I cofounded, has a collaboration agreement with University of Washington in part to use its unique platform in this area for drug development.

All in all, these three breakthroughs will make significant strides when it comes to improving patients’ lives, addressing undruggable targets, and leveraging Big Data in combination with technology behind liquid biopsies to improve patient care in a way that’s easier for the patient. Most importantly, patients will be able to directly enjoy benefits of drug pricing and reimbursement in the future, as well.

Dr. Lan Huang is Co-founder, Chairman and CEO of BeyondSpring. Dr. Huang has more than a decade of entrepreneurial experience in the Chinese and U.S. biotechnology industry and invented and holds patents for a number of biotech products for oncology and dermatology indications.