Big Pharma: From Siloed To Streamlined 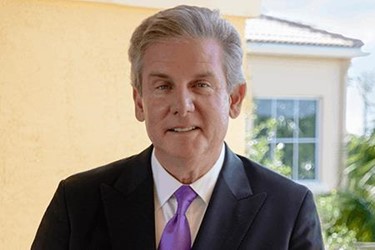 For decades, large pharmaceutical companies operated in a fairly standardized manner, including their organizational structure. Big Pharma’s structure, generally, was the result of traditional corporate design formed over years of growth and expansion. As companies became larger, their decision-making procedures and other business processes also expanded.

Companies grew multiple levels of hierarchy; different geographical, therapy, and functional areas frequently became organizationally and/or culturally isolated within their own silos, and often had little interaction with each other. Their cultures and organizational structures became more complex – continuing to get larger, further complicating decision-making processes.

As a result, Big Pharmas suffered the consequences of slow decision making, being increasingly stymied by poor communication and an increased propensity for divisive politics and other inefficiencies, which collectively served as pathways to failure in regard to discovering, developing, and launching new drugs.

In the past, some were able to maintain a strong market presence thanks to blockbuster in-demand drugs. Much of that low-hanging fruit, however, has already hit the marketplace, and peak sales for those blockbuster drugs have long passed. Drug companies are only able to obtain patent protection for their current products for a certain amount of years. Now, to be successful, they need to have a pipeline of new drugs in development to ensure profitability and to continue to feed market demand.

Biotech companies, on the other hand, have typically been formed and grown while operating with a different structure and culture. They tend to be lean organizations with 10 to 500 employees, and they typically avoid multiple layers of management and headcount redundancy.

Biotech leaders often wear many hats and lead and support a much more team-oriented, cross-functional, highly communicative organization than Big Pharma. Decision-making is pushed down to a lower level, and accountability is much more direct. Bureaucracy and politics are minimalized. “Follow the data” is the mantra for many. Pet projects or “sacred cows” are minimized, and in the best instances, the culture supports being open to challenging the status quo and striving for constant improvement.

Emerging biotech companies aren’t encumbered with entrenched, large, complicated reporting and decision-making systems. As a result, they can focus on calculated growth and efficiency. The typical emerging biotech company, formed with private funding, promising science, great scientists, common values and a strong vision, will grow in a very organic, lean, and smart way.

All that an organization is focused on is the science. Before it hires one additional full-time employee, it will take a look at contract employees, third-party providers, or whatever the right balance of smart and cost-efficient is. The company is years away from thinking about hiring in-field sales reps and leasing prime office space; it’s somewhere in a warehouse or a biotech incubator watching every penny.

Emerging biotech companies — the shrewd ones — endeavor to have new FTE growth; and they’ve done it in an intelligent, efficient way so they don't get ahead of themselves.

That kind of smart growth prevents costs from getting out of control and reduces the risk of unrealistic profitability expectations causing companies to expand to an unsustainable level.

Most particularly though, when that type of company grows, it endeavors to maintain the flat, matrix-oriented structure it started with. It does not want to lose the advantages of that structure, even though the number of their FTEs may be dramatically increasing.

As Big Pharma R&D has become less efficient and successful, forward-thinking leaders at several companies have decided to break with traditional hierarchy and design and institute significant organizational and cultural transformations to replicate the biotech model.

It’s been a significant shift.

The result has been a number of these companies are now more team-oriented and matrix-driven as opposed to focusing on line management. They’re flatter organizations. Many have eliminated redundant levels of hierarchy and are seeing the benefits of increased communication, and a more efficient drug development process that is more patient- and data-driven and less politics-driven.

As several Big Pharma companies have dramatically changed their organizational structures, they have, at the same time, made a great effort to change internal culture. Doing so also has caused them to look for different behaviors in potential employees.

The structural changes have most likely affected the mid- to senior levels the most. You have senior-level individuals —the VP level —, who in the old operating model might have had 100 or more people reporting to them because they were line managing a hierarchical silo. They are very often now leading the development of a major program or maybe a drug that’s already been commercialized.

Instead of leading 50 or 100 people via a hierarchical line-management structure and doing performance reviews and hiring, firing and training, today, that “next-generation” VP might have only two to five direct reports with different functions and geographies reporting to him on a dotted-line matrix. That takesan entirely different set of leadership, people, communication, and other skills.

In some instances, people have departed, and in others, they’ve gone through assessments and had to interview for newly defined jobs at their current employer. Some have made that transition from line management leader to matrix leader very successfully. Some are incapable of it or aren’t interested.

When that organization starts to develop a leaner and more streamlined approach, that middle management executive doesn’t always adjust. He may choose to leave. The company may formally assess the internal talent and choose to exit that individual or design an appropriate professional development program for them. Some executives welcome the change and successfully transition.

In mid-level management, you need an individual who can work effectively across the matrix. In the old operating model, you might be talking about a scenario where a clinical development executive — a regulatory staff, or pricing and reimbursement executive — works fairly independently in a siloed environment.

Now that person has to interact cross-functionally across the matrix. If you don't have intellectual curiosity and influencing skills, you’re not going to last very long, and your career is not going to develop in that environment.

Beyond just interacting cross-functionally, leaders in a matrix environment must have the interpersonal skills to get others not reporting to them to “buy in” to their vision and have a common goal.

When employees can flourish in a revised Big Pharma role, the effect can be profound. Antoine Yver, currently executive vice president and global head, oncology research and development at Daiichi Sankyo, who formerly served as senior vice president and head of oncology development at AstraZeneca, is a strong proponent of instituting cross-functional, matrix-oriented design and delivery teams.

“I have seen first-hand how fantastically productive these types of teams can be in global pharma,” Yver says. “The key is having the right leader. Beyond the required functional expertise, matrix team leaders must have outstanding presence, influencing skills, project self-awareness and interpersonal savvy.”

Management, according to Dr. Yver, needs to adopt a passionate entrepreneurial approach and instill a sense of ownership, accountability, and common vision.

“If you can find that type of leader, communication is increased, teams are empowering themselves and proactively seek the necessary advice and input as needed, decisions are smarter and faster, and timelines for achieving milestones are accelerated,” he says. “Perfection in selecting, designing, and delivering the right prioritized assets becomes possible.”

Over the years, countless biotech companies have failed, due to poor science, running out of money, being beaten out by the competition, or a number of other factors that make developing drugs a big risk.

The ones that have been successful possess great science, money in the bank, a smart business plan, and organizationally do things in a streamlined, smart way.

Big Pharma has, particularly in the last 5 to7 years, begun to recognize the value in a smaller, more efficient structure and the culture and hiring practices the biotech industry tends to employ.

Whether it’s in the world of global pharma or emerging biotech, it has become increasingly obvious that great science, adequate funding, experienced leadership, and other critical success factors can be derailed if a forward-thinking organizational structure is not in place and the right culture has not been positioned to flourish.

For Big Pharma, shrewdly evaluating potential organizational changes and then designing and instituting the right structure and being fully committed to establishing the pitch-perfect culture and desired behavioral attributes is just as challenging as discovering next-generation therapies.

Increasingly that commitment also means enduing some short-term “pain” of leaving a position vacant, rather than filling the role with a second-rate placeholder. As Big Pharma has reorganized, very often to a flatter matrix structure, every role is important. There are few “insulated” jobs remaining in Big Pharma where one’s performance is not camouflaged by old-school bureaucracies and hierarchies. The hiring, retention, and succession planning strategies in this environment must be well thought out and disciplined. This is not to be confused for holding out for the “perfect” person, but maintaining and being committed to high standards of functional qualifications and cultural fit, and holding out for the “right” person for the job.

If, Big Pharma can be committed — truly committed to instituting organizational structures and cultures that position smart, dedicated people to make informed decisions and to have those decisions swiftly implemented, employees and Big Pharma will maximize their individual and corporate potential. The most important manifestation of that will be the advancement of great science and a successful long-term positive impact on the advancement of human healthcare.