Biosimilar Competition Is Here To Stay In 2020

It was an argument that gave those in the biosimilar industry heart palpitations. In April 2019, a two-part article appeared in the journal Health Affairs titled “Biologics Are Natural Monopolies Part 1 and Part 2: Why Biosimilars Do Not Create Effective Competition.” These articles, penned by Memorial Sloan Kettering’s Peter Bach, MIT’s Mark Trusheim, and several other authors, started a large debate culminating in one of the most widely read editorials in the Wall Street Journal: “Time To Throw In The Towel On Biosimilars.”

In their series of editorials, Bach, et. Al., posit that the biologics market is a natural monopoly and, as such, biosimilar competition in the U.S. will fail to bring the necessary healthcare savings and increased biologic access. Instead of continuing with biosimilar development, the authors make a case for implementing price controls to bring about healthcare savings. 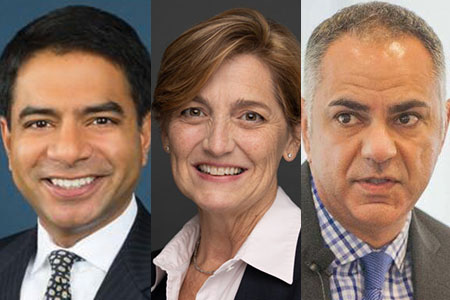 To say this argument raised the hackles of biosimilar makers and economists alike would be an understatement. Though the U.S. hasn’t witnessed a biosimilar market explosion as many anticipated, adoption has slowly but surely been creeping upward. I’m far from alone in believing it’s too early to propose dismantling the biosimilar industry. But this also means we have work to do in 2020 to ensure biosimilar competition reaches its full potential over time.

I reached out to three economic experts, including Dr. Karen Van Nuys of the USC Schaeffer Center for Health Policy & Economics, Dr. Amitabh Chandra of Harvard University’s John F. Kennedy School of Government, and Robert Popovian, VP of U.S. Government Relations at Pfizer. Each of them shared their thoughts on how to create a functioning, competitive biologics marketplace and which economic and government policies will be the best to pursue for long-term success.

EVALUATING BIOSIMILAR COMPETITION: ARE WE LOOKING AT THE APPROPRIATE METRICS?

2019 was an interesting year for the biosimilar industry. While on one hand, the U.S. faced market access barriers and slow uptake, several organizations also shared success stories about increasing biosimilar utilization. Zarxio has quietly snagged upward of 60 percent of the U.S. filgrastim market, and several initiatives have been announced that will grow infliximab biosimilars’ market strength, including the VA’s selection of Renflexis for its national formulary.

From examples such as these — not to mention the 13 years of competition in Europe — it’s clear that biosimilars can and are functioning properly in markets. This is why the argument that biologics are a natural monopoly raised so many eyebrows. There are certainly elements of this market that may be reminiscent of natural monopolies; we’ve seen originator manufacturers win the payer contracting game given their financial flexibility to provide high rebates and lower their prices — sometimes below that of the biosimilar. (A good example is AbbVie’s win of Norway’s Humira tender with an 80 percent discount.) But as USC’s Van Nuys pointed out, it’s critical to consider the size of the overall biologics market before labeling the industry a natural monopoly.

“A natural monopoly is not just an industry that has high fixed costs and a long period of declining average costs. It’s one where average costs decline throughout such a large portion of the production spectrum that no competitors will choose to enter. And as we all know, there are many drug markets where companies have launched biosimilars — even in the U.S.”

Of course, the elephant in any room of biosimilar makers is that competition has not been what anyone expected. Given the strength and number of originator patents, only nine of the 23 FDA-approved biosimilars have seen the light of day. Comparing the uptake levels in the U.S. with those of Europe is enough to leave us feeling as though the U.S. will never catch up.

But as Pfizer’s Popovian argued, the U.S. needs to be cautious when comparing its market development to that of the European countries; there are many systemic differences. While there are best practices to be learned from Europe, we cannot forget there are critical differences in overall biologics access that led to some striking adoption curves in the EU.

“As soon as the biosimilar of filgrastim came to the U.K., the utilization of the biologic increased by over 100 percent,” Popovian said. “But that number also suggests that the biologic was being underused in the treatment of neutropenia in the U.K. In the U.S. market, there is certainly demand for cost-effective biologics, but we’re likely not going to see the same levels of pent-up demand that really moved markets in the EU.”

That hardly means that the competition we’re seeing in the U.S. isn’t significant. Despite the challenges Inflectra has faced overall, Popovian shared that the average sales price (ASP) of Remicade dropped 22 percent in the third quarter of this year. Inflectra’s ASP is down 26 percent.

“The average price of infliximab has come down thanks to the cheaper biosimilar price,” Van Nuys added. “The infliximab market is being served at a lower average price point, and that’s a characteristic of what we consider to be successful competition.”

WHY BIOSIMILAR COMPETITION IS A BETTER SOLUTION THAN ORIGINATOR PRICE CONTROLS

There’s no doubt pharma is facing the threat of price regulation in the upcoming year(s). It’s been a widely acknowledged claim that price regulation would be damaging, not only to innovation in the U.S. but also for the rest of the world. Indeed, all the experts I spoke to agreed there are much less “draconian” efforts the U.S. could undertake first to introduce price savings via competition.

As Harvard’s Chandra acknowledged, Bach, et.al., may have been onto something when they acknowledged the need for some type of regulation in the biologics market. “Competition doesn’t happen by itself,” he said. “To get biosimilar competition to work, we will need regulations that remove market blockages. These measures can range from preferential use of biosimilars in Medicare and Medicaid, all the way to compulsory licensing when exclusivity periods expire.”

Both Van Nuys and Chandra remain skeptical that price controls of the reference products are an appropriate solution to lower prices as opposed to biosimilar competition. When I asked the former whether pricing regulation would actually work in the U.S. pharma industry, she countered with an even more important question: “What does it mean — to work? Prices might fall, but regulating prices comes with its own bundle of issues — for instance the possibility of shortages or bureaucratic overload — which, ultimately, might be worse than what we currently have.”

The impact of pricing regulation on innovation will also depend on the size of the payer enacting the regulation. “When a big regulator like Medicare, which insures 45 million people, limits prices, we are more likely to discourage innovation,” Chandra explained. “If a small payer like the Medicaid program in Rhode Island or a small European country decides to regulate prices, we won’t see an innovation offset.”

Instead of encouraging government pricing regulations on reference products, Chandra emphasizes the importance of negotiations between payers and manufacturers. “A negotiation means that if a payer doesn’t get the price it was willing to pay for a treatment, it forfeits access to that drug, and its manufacturer forfeits the sales,” he explained further. “So, both have an incentive to arrive at an agreement and avoid a lose-lose situation.”

This stands in sharp contrast to a monopsony situation, in which a large buyer — in this case, the U.S. government — enacts price controls where there are penalties for not giving the government the price it wants. While pricing controls generate large savings in the short term, they also discourage future innovation—especially in the areas in which price controls are being applied. “It’s important not to confuse these types of monopsonistic price controls with negotiations,” he added.

2020: THE YEAR OF ESTABLISHING THE APPROPRIATE STAKEHOLDER INCENTIVES

When Van Nuys and Schaeffer’s colleagues Alice Chen and Rocio Ribero dug into the data for the U.S.’ first biosimilar, Zarxio, they discovered something interesting: The uptake occurred earlier and more rapidly in office-based settings than in hospitals. They were even more intrigued to note that uptake occurred before there was a significant price difference between the biosimilar and its reference. This data emphasizes how critical it is to have the right incentives and reimbursement policies.

There are three policies Popovian, in particular, would like to see that address the (urgent) need for incentives for patients, providers, and payers. And we may already have the appropriate template, if you will, for enacting these initiatives, thanks to our experience with generics.

“The generics market didn’t get to where it is today without changes in the benefit design and policy changes from the employer, insurer, and PBM,” said Popovian.

Though generics usage is routine these days, Popovian, who is both a pharmacist and an economist, said that the benefits design informs the patients that they could either spend $150 for the brand or $5 for the generic. In the biosimilar space right now, patients are faced with the choice between a biologic or biosimilar, but there are very little to no cost benefits for that patient in choosing the biosimilar.

Prescribers are facing a similar quandary when deciding which product to provide, particularly in the tricky buy-and-bill landscape. Current Medicare policy has aligned the reimbursement rate for biologics and biosimilars, so prescribers are reimbursed equally regardless of which product they prescribe. In fact, the Senate Finance bill proposes increasing the add-on payment percentage of the biosimilar from 6 percent of the originator’s average sales price (ASP+6 percent) to ASP+8 percent, creating greater incentive for physicians to choose the biosimilar product. However, many of these prescribing incentives do not carry over into the commercial realm; the prescriber is more likely to benefit from prescribing the higher cost biologics over biosimilars outside of the Medicare program. So, another area that requires attention is ensuring that physicians are incentivized to choose less expensive medicines without their reimbursement also taking a hit.

Finally, this industry is no stranger to the payer’s contracting challenges due to the complexity and lack of transparency into rebating practices. Ultimately, the industry needs to incentivize payers to turn away from the high-price/high-rebate biologics and prefer the biosimilar. One effort Popovian believes would encourage this behavior is the implementation of a biosimilars access measure in Medicare’s Star Ratings Program. Simply put, Medicare plans receive stars for each milestone they reach in quality and performance, which, in turn, makes the plan more competitive and enticing to consumers. If the U.S. were to implement such a system, payers would be incentivized to promote greater access to biosimilars for Medicare Advantage and Part D plans. In fact, two congressmen recently released the H.R. 4629 Star Ratings for Biosimilars Act, which would make Popovian’s hope a reality.

Of course, employers must also take greater ownership of their benefits negotiations — especially in the medical benefit. “Employers must be assertive in their discussions with their plan partners and be regularly asking why, for example, Remicade is preferred on the formulary instead of the biosimilar versions,” Popovian said. “They need to ask their plan to walk them through the finances behind these decisions, because there is very little transparency into the passing on of rebates for treatments given under the medical benefit.” As he went on to explain, though the payer may be giving a portion of the rebate back to the employer, it’s unclear a portion could also be renamed and held back as a “fee.”

“It will benefit the employer at the end of the day to say, ‘I want the least costly alternative in the market from a net price perspective,’” said Popovian.