To date, 14 biosimilar marketing authorizations have been granted in the EU. Despite their lower cost (20% to 35% less than branded counterparts), the uptake and use of biosimilars in the EU has been less than expected. However, the ongoing global economic downturn, skyrocketing healthcare costs, and patent expiry by 2018 of biologics with annual sales in excess of $67 billion have prompted a renewed global interest in biosimilars, especially in emerging markets. 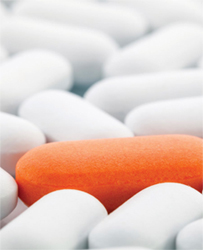 The growing popularity of biosimilar products in emerging markets can be explained by a number of factors. First, the high cost of branded biologics is placing enormous financial pressure on the nationalized healthcare systems of many emerging countries. Substituting lower-cost biosimilars for branded biologics would help reduce government healthcare costs and lessen the financial burden of insurance companies and third-party payers. Second, countries like China, Brazil, and Russia are extremely dependent upon foreign biologics manufacturers and suppliers for many biologics products. In the past, this has frequently resulted in shortages, rising drug prices, and reductions in patient access to potentially life-saving drugs. Finally, biosimilars represent an opportunity for emerging economies to build domestic biologics and biotechnology capabilities which, in turn, would allow them to penetrate and more effectively compete for a share of the global pharmaceutical and biologics markets.

Varying Forces Shape Biosimilars’ Growth
While biosimilar companies in emerging markets share certain advantages over their counterparts in more mature markets, including lower labor costs, cheaper cost of goods, access to large domestic and regional markets, and in many cases, greater government support and involvement, the forces that shape the growth of a biosimilar industry in emerging markets can vary between countries and regions. This certainly is true for the biosimilar industries that have emerged in Brazil, Russia, India, China, and South Korea. Because the market dynamics that shaped the biosimilar industries in each of these countries are different, it is not surprising that their business strategies, practices, and goals are also different.

Brazil
Brazil has a population of 205 million and is the second-largest biologics market among emerging countries. Brazilian healthcare is nationalized, and its government is responsible for covering all healthcare and drug costs. “The growing demand for expensive biologics has placed enormous financial stress on the Brazilian pharmaceutical budget,” said Kai Wolf, head of Generic Pharma 2.0’s Brazilian office. Because of this, Wolf asserted that “the Brazilian government views biosimilar development as a means to improve its domestic biologics capabilities, produce its own biosimilar products, and reduce the country’s reliance on expensive, imported, branded biologics and biotechnology drugs.”

At present there are as many as 10 Brazilian companies involved in biosimilars’ drug development. These include PharmaPraxis, Fiocruz, Cristália, Blausiegel, Eurofarma, Silvestre Lab, Ache, and Prodotti. The focus of almost all of these companies is developing biosimilar versions of blockbuster monoclonals such as Enbrel, Avastin, Herceptin, and others. This is likely because mAbs represent only 1% of the total amount of biologics used in Brazil but represent 32% ($767 million) of the total amount spent on biologics by the Brazilian government. Recently, the government aided creation of two joint public/private partnerships (PPP); Bionovis (Ache, EMS, Hypermarcas, and Chemical Union) and Orygen (Biolab, Eurofarma, Cristália, and Libbs). Brazil has heavily invested in PPPs as a means to help the country improve its biotechnology and biomanufacturing capabilities and reduce its reliance on high-priced, foreign branded biologics.

While the Brazilian biosimilar market continues to expand and remains attractive, safety concerns persist, and many Brazilian healthcare professionals are not familiar with biosimilars or their use. Further, the Brazilian healthcare market is difficult to navigate, and foreign biosimilar companies will have a challenging time doing business in Brazil unless they partner with domestic biotechnology companies or the Brazilian government. Generic Pharma 2.0’s Wolf offered, “Brazil is a vibrant and unique market opportunity. However, if the appropriate relationships are not established locally, then commercial success can be elusive.”

Russia
Russia is an emerging pharmaceutical market with a 2011 market size of roughly $25 billion. Moreover, the size of the 2012 Russian generics market was estimated to be $3.5 billion, making it one of the fastest-growing generic drug markets in the world. Finally, according to Roman Ivanoff, VP R&D at Biocad, a Russian biosimilar manufacturer, the size of Russia’s 2012 biologics market was almost $2.1 billion.

Like many other emerging countries in the world, Russia’s reliance on high-priced foreign biologics is growing and is causing an enormous financial strain on the country’s nationalized healthcare system. Because of this, “The Russian government is very open to discussions about substituting lower-cost biosimilars for high-value biologics,” offered Ivanoff.

At present, Russia lacks a clearly defined regulatory framework for the approval of biosimilars, which has created some confusion among domestic and foreign biosimilar developers. Interestingly, despite the lack of a defined regulatory approval process, biosimilar versions of EPO and G-CSF are currently commercially available in Russia. “Prior to 2010, there were no clear requirements for clinical trials for biosimilars. So, there are biosimilars on the Russian market today that were approved without clinical trials,” explained Ivanoff. Surprisingly, once approved, biosimilars are legally interchangeable and substitutable with their branded biologic counterparts that also have received Russian regulatory approval.

The approval of Russian biosimilars without clinical testing has raised safety concerns. This has been complicated by the fact that the Russian government is legally required to accept the lowest tendered price for all the drugs that it approves. Because approved biosimilars cost less than their branded counterparts, the Russian government has no choice but to purchase them and to instruct healthcare providers to use them in lieu of the more expensive branded biologics. “The Russian government is desperately trying to rein in healthcare costs, and it is regularly substituting biosimilars with questionable safety histories for branded biologics,” warned Ivanoff.

Biocad is the major biosimilar manufacturer in Russia and currently sells biosimilar versions of EPO, G-CSF, and interferon-beta-1a as a multiple sclerosis treatment. The company is also developing biosimilar versions of rituximab (Rituxan), bevacizumab (Avastin), and trastuzumab (Herceptin). Several of these products are in late-stage clinical development.

Despite the relative immaturity of the Russian biosimilar industry, Russia is poised for expansive growth in this area. Adoption of clearly defined regulatory guidelines for approval of biosimilars in Russia will help to better define future opportunities for these molecules. However, according to Ivanoff, the U.S. and European biosimilar markets are not a priority for most Russian biosimilar manufacturers. “Generally speaking, we are focused in the short term on Russia’s market with Southeast Asia and Latin America as midterm goals,” he said.

India
India has the world’s second-largest population, and the size of its pharmaceutical market ($14.3 billion in 2012) is growing at an annual rate of roughly 15%. Historically, India has been the world’s leading provider of APIs and generic small-molecule drugs. Over the past decade or more, Indian drug manufacturers have turned their attention toward development of biosimilar products. Interestingly, until June 2012, the Indian government had not crafted a formal regulatory approval pathway for biosimilar drugs. Yet, despite this, there are currently more than 50 biosimilar products on the Indian market, including biosimilar versions of EPO (55 brands), interferons (10 brands), G-CSF, insulin, and two mAbs: Reditux (rituximab, Dr. Reddy’s Laboratory) and Biomab (nimotuzumab, Biocon).

At present, there are as many as 27 biosimilar manufacturers in India. However, according to Kiran Mazumdar-Shaw, chairman and CEO of Biocon, India’s largest biotechnology company, most Indian companies are more interested in competing for a share of India’s domestic biosimilar market rather than competing globally. “India’s biosimilar industry has taken off in recent years, and opportunities in the domestic market are better than in the U.S. where regulatory confusion and high development costs plague the American biosimilar market,” offered Mazumdar-Shaw.

One of the major challenges facing the Indian biosimilar industry is ongoing questions surrounding product quality and safety. Nevertheless, Mazumdar-Shaw believes that the safety and efficacy concerns raised about Indian biosimilar products are more of a “perception issue” fueled by innovator companies and their stakeholders rather than a real issue. But, Mazumdar-Shaw conceded that as a biosimilar company from an emerging market Biocon needs to build its credibility by developing its biosimilar products according to U.S. and European regulatory guidelines. She said, “It may cost us more but it will clearly show that biosimilar products produced by Biocon offer patients the same quality, purity, potency, and safety as those manufactured by Western companies.”

China
China has the world’s largest population, and its pharmaceutical and biotechnology industries continue to expand despite the country’s recent economic slowdown. Healthcare in China is nationalized, and the growing demand for high-priced biologic drug treatments is forcing China’s central government to explore ways to cut annual biologics expenditures. According to Steven Lee, CEO of BioGENEXUS, an Asian biosimilar intelligence firm, “Several years ago, China’s central government mandated essential healthcare coverage for all of its citizens, which implies controlled-medicine pricing and expenditures by using biosimilars and other generic drugs.” To that point, industry analysts expect the size of the Chinese biosimilar markets to reach $2 billion by 2015, which could represent as much as 20% of the global biosimilar market.

To date, China does not have a regulatory framework in place for approval of biosimilar products (although it is expected by the end of 2014). Biosimilars can be approved in China using its traditional biologics approval pathways, which can take many years because of the Chinese regulatory bureaucracy. Recent reports suggest that there may be as many as 18 different biosimilar versions of EPO, 16 versions of G-CSF, 15 versions of interferon alfa, and more than 8 biosimilar versions of human growth hormone that are currently commercially available in China.

H. Fai Poon, R&D Director of Hisun Pharmaceuticals China, estimates that there are over 60 different companies vying for a share of the domestic Chinese biosimilar market. Some of the key players include 3SBio, Shanghai Celgen Bio-Pharmaceutical, Shanghai CP Goujian Pharmaceutical Company (the largest and most advanced), Beijing Four-Rings Pharmaceutical Co., and Xiamen Amoytop Biotech.

South Korea
In 2009, South Korea created and implemented a regulatory approval framework for approval of biosimilars. Shortly thereafter, the South Korean government announced an ambitious initiative to attempt to capture 22% of the global biosimilar market by 2020. Unlike India, Brazil, Russia, and China, which are focused on domestic markets, the main objective of the Korean initiative is to become a leading regional and global biosimilar manufacturer and exporter over the next 5 to 10 years. “I think South Korea’s strategy is to develop highquality products to penetrate domestic and regional Asian markets and then attempt to get those products on the more-regulated U.S., European, and Japanese markets. It’s a nice, sleek-tiered approach,” said Ivo Abraham, a professor at the Center of Health Outcomes and Pharmacoeconomics Research at the University of Arizona.

There may be as many as 25 companies developing biosimilars in Korea. However, the Korean biosimilar industry is dominated by five key players, including Dong-A Pharmaceuticals, Samsung Biologics, LG Life Sciences, Celltrion, and Hanwha Chemical Company. While biosimilar versions of EPO, G-CSF, and several reproductive biologics products are commercially available in Korea (and exported to foreign countries), the main focus of these companies is to develop biosimilar versions of Humira, Herceptin, Avastin, Rituxan, Remicade, Enbrel, and several other mAb-based products. In 2012, Celltrion’s biosimilar version of Remicade (infliximab) called Remsima was approved in South Korea. Remsima is currently being evaluated for marketing authorization in Europe, and a decision is expected before the end of 2013.

Instead, it now appears likely that domestic and regional biosimilar companies located in emerging markets will assume leadership roles as the global biosimilar market continues to develop. Unlike the multinationals, these companies have a much better understanding of the regulatory ambiguities, drug pricing and healthcare costs, and the medical needs of the domestic and regional markets that they serve.