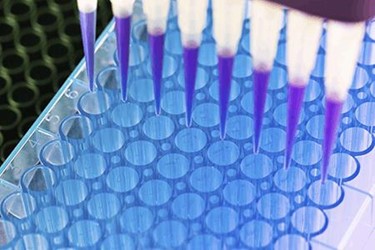 By Michael Turner and Magnus Franzen

Based on a detailed review of the biosimilar market, which included discussions with executives at leading biosimilar companies and originator companies whose drugs are reaching loss of exclusivity, it is clear that this market is highly dynamic. While the biosimilar market has not yet fully lived up to the initial expectations, it may be on the brink of considerable and rapid change.

What follows is the first of a four part series of articles on the biosimilar market. This first installment aims to provide an overview of the biosimilar market to date, with some insight on the following three main challenges that have changed the shape of the market: the development of biosimilars is increasingly complex and costly; the regulatory hurdle (especially in the US) has been tougher than expected; and commercializing a biosimilar is difficult and complex.

When the European Medicines Agency (EMA) presented its ‘Guideline on similar biological medicinal products’ in 2004, it brought clarity to the way forward for biosimilar development. Analysts across the industry topped each other in their estimates of the size of the potential biosimilar market. They anticipated great commercial success, significant impact on biologic medicinal expenditure, and a new and growing competitive landscape.

However, many of these early projections failed to materialize.

Although the biosimilar opportunity undoubtedly remains exciting, experience to date shows that few biosimilars have actually delivered against expectatons. In fact, the market looks vastly different from the forecasts of ten years ago:

Three primary challenges have changed the shape of the market:

An important factor driving that development cost – in addition to the complexity of the molecule - is the speed at which companies need to go through the development process. The commercial reality of biosimilars in the marketplace is that the success of a launch is heavily dependent on being able to seize the window of opportunity after the originator biologic loses exclusivity and before competitor biosimilars reach the market. In other words, the first-mover advantage for biosimilars is very important to establish market share.

Biosimilars have not achieved early expectations, and the challenges they face are deeply interconnected. The commercial environment drives a need to hit short launch windows, which in turn pushes up development costs. At the same time, regulatory hurdles that increase the need for additional evidence further increase development cost and risk. This pushes down possible discount rates and means biosimilars come to market with a higher price than originally anticipated. With less leverage available due to price, the biosimilar needs a more qualitative sales model, further driving up the cost of entry and commercialization.

This will not be resolved by simply throwing more resources at the problem. The complexity of bringing a biosimilar to market with the right amount of solid evidence and at the necessary speed to be one of the first in the market should not be underestimated. It needs an impressive amount of biologic development capability and know-how.

Michael Turner is a life sciences expert at PA Consulting Group, with over 17 years of commercial strategy experience. Michael partners with clients to address strategic product and portfolio challenges and implement strategies to maximize asset value.

Magnus Franzen is a life sciences expert at PA Consulting Group. With a background in strategic and market research, Magnus leverages a deep knowledge of the dynamics of commercializing pharmaceuticals in a changing healthcare environment to support clients in key strategic areas, such as customer engagement, multichannel marketing and value beyond the pill.