Bridging The Gap Between Big Pharma And The American Public 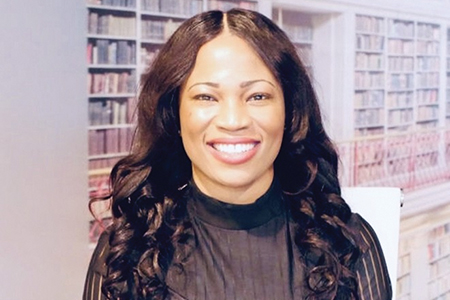 The growing gap between the American public and the pharma industry is perhaps best exemplified by a recent poll in which the latter was ranked as the nation’s number one “most hated industry.” The reasons for this gap have been thoroughly explored; hence, it will be more relevant to elucidate solutions that will help drive the state of the science while also increasing trust between Big Pharma and the public.

Value communications (defined shortly) will be a critical tool for achieving this dual purpose, and the pharma industry must learn to communicate to the public in a simple, clear manner about the journey of virtually every pipeline asset. The challenge, of course, is how to do this in a consistent manner that helps shape the public opinion on what to expect from the industry, hopefully in a way that is perceived much more positively.

WHAT IS VALUE COMMUNICATIONS?

The term “value communications” describes the art and science of showcasing the clinical and economic benefits of a drug in a unified manner to all stakeholders, with a primary focus on regulators, payers, providers, and patients. Ironically, value communications are relevant for all of us sooner or later; as individuals or caregivers, we are all affected by the price of therapeutics and the resulting impact on accessibility. The key to success with value communications resides in being able to justify the value (i.e., price) of new treatments with compelling information demonstrating improved health outcomes that can help shape a payer or patient’s willingness to pay. Consequently, value communications cannot rely solely on clinical profiles (i.e., efficacy and safety data), but need to also integrate health economic data, such as reduced length of hospital stay or the ability to administer a therapeutic in outpatient settings. Integration of health economic data is a primary driver behind the U.S. healthcare system shifting from volume-based to value-based reimbursement care models, which simply means that incentives will be based more on reducing costs and improving quality than on the fee-for-service models that primarily looked at the quantity of services provided.

"'Value communications' describes the art and science of showcasing the clinical and economic benefits of a drug in a unified manner to all stakeholders."

The “money-back guarantee” is an important tactic typically used in the consumer packaged goods industry. However, we are now seeing this tactic being incorporated into value-based healthcare, particularly for drugs having high price tags. Yet, as expected with many large-scale transition programs, implementation of value-based healthcare has been particularly difficult for the biopharmaceutical industry. For example, there is a still a lot of confusion surrounding the novel outcomes-based contract (OBC) between CMS and Novartis for the first FDA-approved CAR-T, Kymriah, that touted an outcomes-based price (i.e., if a patient fails to respond positively to Kymriah within the first month, there will be no charge). In fact, due to substantial financial losses that hospitals incur for providing these costly CAR-Ts, CMS recently raised its cap on the new technology add-on payment (NTAP) for CAR-Ts from 50 percent to 65 percent, which will raise the payment from $186,500 to $242,450. However, the NTAP increase is only a short-term solution, and the two commercially available CAR-T products, Kymriah and Yescarta, will no longer be eligible for NTAP payments in 2021. The implication is that new CAR-T manufacturers will need to address the financial burden of CAR-Ts to hospital systems and payers via value communications. This would also help to ensure that critically ill patients have access to these potentially curative therapies.

The fact that 10 out of 26 biosimilars were approved in 2019 is indicative of the transition toward value-based care. These biosimilars provide drug formularies with cost-effective options, while also increasing competition. Given that competition drives innovation, it should come as little surprise that biological agents have become the fastest-growing class of drugs since insulin was first mass-produced in 1923. Yet, the value of biologics and biosimilars is not often communicated at a frequency or clarity level that properly facilitates the public’s understanding. In fact, one might argue that the communication tactics of the industry at large are outdated and will require input from regulatory bodies to meet the needs of a fast-paced and social media-savvy society. The implication is that biopharmaceutical companies will need to allocate more resources for timely and consistent communications on clinical-stage assets, which will help the public be better informed about new therapeutics in the pipeline.

PREPARE THE MARKET FOR NEW DRUGS - AND VICE VERSA

Message preparedness is critical to value communications, as it anticipates problems and crisis management that might help blunt the impact of negative public opinion on controversial topics, such as opioid abuse and drug pricing. The latter was one of the most talked-about topics in 2019, in part due to the political battle focused on biopharmas providing greater transparency on what it costs to manufacture a drug relative to its price. Yet, it could be easily argued that listing drug prices in DTC TV advertising would not be sufficient as a stand-alone tactic. Additionally, gone are the days where data are hidden in “secret vaults” until the organization and/or R&D teams are “ready” to communicate milestones. Instead, there is a need for proactive market shaping that will drive widespread product acceptance via value communications. An important tactic that can help shift the public perception of the industry is allowing public input on disease state prioritization before extensive drug development. If trends such as the focus on me-too drugs or higher-priced rare disease drugs continue, the gap between the industry and the public will likely widen. Thus, it is critical for biopharmas to begin leveraging social media listening tools (e.g., Critical Mention, Awario, Brandwatch) to gain insight on public opinion and sentiment that can be used to help inform and shape biopharma pipeline and corporate strategies.

Many biopharmas are also rebuilding their core corporate values to focus more on the greater public good versus profit maximization and demonstrating being patient-centric through patient-assistance programs, expanded-access protocols, and other corporate social responsibility programs. It is commendable to see companies demonstrating a commitment to the greater public good, but it will take sustained efforts before any real change can be achieved.

The cohesive approach that underlies value communications is integral, as it allows for more timely and proactive communications between the pharmaceutical industry and an increasingly discerning public. Additionally, transparency is expected by virtually every stakeholder, which has made it easier for synergy-building between the public sector and pharma companies and among pharma partners as manifested by increased cobranding, licensing, and strategic partnerships. The gap between the industry and the public will continue to exist until more pharma executives invest time in public forums that encourage open dialogue, direct exchange of information, and proactive responsiveness via multichannel value communications. A key tactic to achieving quantifiable global change will be maximizing message reach through multilingual and multichannel value communications. Such tailored messages will require input from local communities and governments to ensure relevancy, cultural sensitivity, and compliance with regulatory guidance. While this approach will be fairly burdensome, as it will require significant financial and time investments, a grassroots approach will signal to an underwhelmed public that the biopharmaceutical industry is finally ready not only to listen but also to learn.