As the cost of developing new medicines continues to rise, more pharmaceutical companies are looking at how artificial intelligence (AI) can help in drug development. Although a handful of projects and collaborations are seeing important successes in applying AI to drug development, there are some hurdles to overcome before its full potential is reached.

AI approaches use complex computer algorithms to quickly analyze large datasets. In the pharmaceutical industry, AI is combined with knowledge from experienced drug development experts and biological approaches for screening candidate molecules or creating and testing information that will be fed into the algorithms. This approach can provide insight into which molecules are most likely to show effects, biological pathways that make the best targets, and even which patients will respond to a drug.

Pamela Spence, global life science leader at Ernst & Young, says that AI’s biggest payoffs will be in its ability to make drug development faster and more efficient and to create drugs with more precision and efficacy in the patient groups for which they are designed. “We are in AI’s infancy,” she said. “Because the typical drug development cycle takes 15 years, even if that is halved with AI, it will still take seven years to prove the merits of AI in drug discovery.”

COLLABORATION IS KEY
Spence says that to reap the most benefits from AI, pharma needs to seek innovative ways to collaborate with AI companies and build new business models that offer a marriage of equals. This could involve, for example, collaborating around the development of a new drug, which not only increases knowledge sharing but also distributes risk. Also, pharma should look for AI partners with data scientists who work very closely with biotechnology scientists, because this combination will produce the best cross-fertilization of ideas and progress. 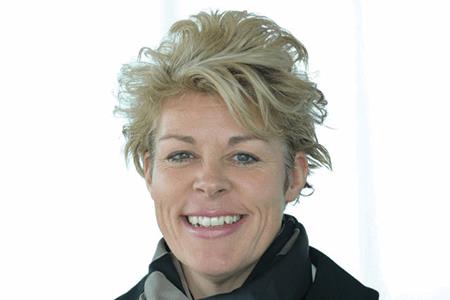 "Pharma needs to figure out a way to share negative outcomes as freely as positive outcomes."

“Pharma doesn’t currently have all the skills needed to adopt AI successfully in an impactful, sustainable way, so they need to collaborate,” said Spence. “It can be hard for pharma to work with high-tech companies, because pharma typically moves slowly and cautiously and is fearful of regulation, while the tech industry moves at a very fast pace and is almost fearless of regulation. This is a big cultural barrier to overcome.”

Most AI algorithms need a great deal of data to find meaningful patterns. Not only must the data be high quality, but it should also include information from failed drugs or failed approaches. “It is going to take longer to innovate with AI if we don’t make sure that we are transparent with what doesn’t work as well as what does work,” said Spence. “Culturally, we don’t like to share and publicize what doesn’t work, so pharma needs to figure out a way to share negative outcomes as freely as positive outcomes.”

It is also important that AI approaches focus on the right drug development problems. Many drugs fail during clinical trials, after years and sometimes millions of dollars have been spent on development and testing. Spence points out that because these failures often result from developing a drug molecule for the wrong biological target, AI efforts that improve target identification at the beginning of drug development will have the largest impact on the industry.

In the long term, Spence sees AI as being particularly beneficial to the aging population. “With more impactful medicines, it could be possible to keep people healthy for longer,” she said. “Ultimately, not only could AI get the right medicines to the right people at a cheaper cost, it could also help turn the aging society into an asset rather than a long-term cost.”


There are a variety of places in the drug development cycle where AI can bring improvements. AI company Exscientia Ltd. applies its algorithms to designing the drug itself. Andrew Hopkins, the company’s CEO, says that by using AI to identify the fewest number of compounds necessary to synthesize to go from the hit molecule to the candidate medicine, pharma companies can experience dramatic (e.g., up to 75 percent) reductions in the cost and time involved in drug discovery compared to conventional approaches. These savings can be used to take more molecules to clinical trials or put more resources into profiling the molecules and understanding the deep biology of how those molecules affect a biological system. For example, Exscientia is working with GSK on improving performance efficiencies in the pharma giant’s drug design cycle.

“AI isn’t just about having a technology platform, it’s about combining it with human skills and using that to create a new drug discovery process that is superior to what is currently done,” said Hopkins. “It’s important for pharma to understand that this new process creates an entirely new way of working.”

Exscientia is also working with Evotec AG to explore bispecific small molecules that can affect two targets or two pathways to potentially bring additive or synergistic benefits. For this type of application, the company uses known pharmaceutical data from journals, patents, and proprietary data from collaborators to seed AI algorithms.

According to Hopkins, many drug molecules selected with traditional approaches don’t have enough firepower to be successful. However, designing drugs that perturb two pathways or two points in a pathway can sometimes increase the clinical efficacy of a drug by creating a double biological effect. Bispecific molecules can also tackle complex biological problems. For example, a diabetes medicine might be designed to not only lower glucose levels but also treat a comorbid condition such as heart disease. Sanofi has taken interest in this idea and recently signed an R&D partnership with Exscientia.


Lantern Pharma uses AI to rescue failed anticancer drugs by identifying patients who would respond to those drugs. According to Arun Asaithambi, founding CEO of Lantern, each new cancer drug that gains federal approval takes 10 to 12 years and costs about $2.6 billion to develop and test. However, about 90 percent of cancer drugs fail during clinical trials.“There are really good drugs that don’t show positive effects in enough patients to move forward in clinical trials, even though a lot of patients benefited from the drugs,” Asaithambi said. “We identify the genetic signature of patients who responded to this drug and then use that to screen for patients to enroll in a prospective clinical trial. This precision medicine approach allows us to bring shelved drugs to the market quicker and to save on costs, compared to a traditional drug development process.”

Lantern is currently applying its approach to two shelved anticancer drugs and has ambitious plans to put 25 to 50 drugs through its pipeline in the next five years. One anticancer drug already made it through the pipeline. In about 1.5 years, Lantern was able to identify the right patients, run the Phase 2 clinical trial, and then out-license this drug.

“There have been tremendous advances in terms of drug design, but the ability to choose the right patients for a trial has not kept up with those advances,” Asaithambi said. “Four years ago, when I founded the company, we understood that precision medicine was going to be the future.”

The Lantern AI platform involves analyzing clinical trial data from all currently approved cancer drugs as well as information from failed drugs. The information learned through this analysis is then tested in the lab using human clinical samples and tumor cell lines that model the cancers, ensuring that only biologically meaningful data is fed into the AI algorithms. Lantern’s machine-learning algorithms automatically identify patterns to break down those billions of data points into meaningful molecular markers that identify the genetic signature for people who respond to the drug.