Can DalCor Pharma Succeed Where Others Have Failed?

After the worldwide success of statins, no one expected the epic failure of a class of drugs designed by the biggest names in Big Pharma to double the reduction in cardiac risk seen with statins alone. Statins lowered LDL, the bad cholesterol. The new drugs, called cholesteryl ester transfer protein (CETP) inhibitors, would raise HDL, the good cholesterol. Taken together, the drugs would reduce risk of cardiovascular events by up to 80 percent — or at least that was the idea.

But, one by one, large clinical trials of CETP inhibitors by Eli Lilly, Pfizer, and Roche all failed. (Merck & Co. has a study that is due to report later this year.) Collectively, these companies lost billions racing to bring the first CETP inhibitor to market.

Now, an ongoing 5,000-patient clinical trial that began in April 2016 is testing the CETP inhibitor orphaned by Roche in 2012, called dalcetrapib, on a targeted patient population. The dal-GenE study is being sponsored by DalCor Pharmaceuticals, which secured the worldwide exclusive license to the drug from Roche and raised $150 million in venture funding to conduct the trial.

The rationale for the new study is largely based on a retrospective analysis of 5,749 patients’ DNA that was published in 2015. The analysis looked at patients who had taken part in Roche’s original trial, called the dal-OUTCOMES study. It was a large, double-blind study which randomized over 15,000 patients already taking statins. In that study, the drug raised HDL by 30 percent, was well-tolerated, but did not reduce cardiac risk. The later DNA analysis showed that the drug did in fact lower cardiac risk by 39 percent in patients who had a specific genetic profile and were taking dalcetrapib.

The current DalCor study enrolls patients who have experienced a cardiac event, are taking statins to lower cholesterol, and who have been screened using a companion genetic test made by Roche Molecular Systems. The task at hand for DalCor’s leadership is securing a large industry partner to market and sell dalcetrapib upon successful completion of the dal-GenE study. “We need a partner to begin that commercial process,” says DalCor CEO Robert McNeil, Ph.D.

To entice potential partners, McNeil and his core team of five people are focused on reducing the risk that the current trial might fail. They are continuing research that will explain how and why dalcetrapib works in the target population in the hopes of overcoming the stigma of a previously failed pharmaceutical. Their aim is to get the world to see that the personalized genetic approach can be used to treat heart disease in much the same way it is currently used to treat cancer.

REDUCING FAILURE RISK
McNeil is a founder of Sanderling Ventures and a founding investor in DalCor along with Canadian businessman André Desmarais. The company also received funding from Caisse de dépôt et placement du Québec, the Fonds de solidarité FTQ, CTI Life Sciences Fund, and other undisclosed investors. Since he assumed the role of DalCor’s CEO, McNeil’s priority has been to reduce the risk of failure for the company’s first trial. The way he sees it, the dal-OUTCOMES trial worked. “It’s unusual; you have a clinical trial where everything was in place, but they did not screen for the right genome.”

It was only after the dal-OUTCOMES trial was terminated that one of its investigators, Jean-Claude Tardif, analyzed the data using DNA to parse the results. Tardif is director of research at the Montreal Heart Institute and designed the current trial, along with Marc Pfeffer, a cardiologist at Harvard’s Brigham and Women’s Hospital. Tardif’s analysis showed that a single gene, ADCY9, was associated with the patient outcome. One single nucleotide polymorphism, or SNP, was chosen to help find patients in the new trial to test dalcetrapib. (In addition to the license for dalcetrapib, DalCor also has a license for the rights to the ADCY9 genetic marker.)

To prove that dalcetrapib need only be prescribed to the right patients to work as expected, McNeil has fought to keep the dal-GenE study design simple so that the results can be directly compared to the original data. “The most important decision we made was to repeat as closely as we could the dal-OUTCOMES trial, changing only the genomic configuration of the patients,” he says. “We have felt strongly that we needed to change only one variable at a time. We stuck to that.”

In the past year, the company has initiated over 750 clinical sites in 30 countries. Expansion has paid off, and, as of May 2017, nearly 40 percent of the patients needed had been enrolled in the study. The study is on track to complete enrollment in two years, instead of the almost three years the company had expected. The genetic component seems to stimulate interest in patients and investigators.

Throughout this stage, McNeil and his colleagues decided to keep DalCor a virtual company to keep costs down and move the development phase along more quickly. They also hired an experienced Chief Medical Officer, Donald Black, M.D., a pharmaceutical and device-industry veteran who worked for Warner- Lambert/Parke-Davis as the head of clinical development for Lipitor. Black says the market is ripe for a drug improving upon statins because “many people on statins have a subsequent heart attack.”

FROM STIGMA TO STANDARD OF CARE
Despite the need to improve on statins, CETP inhibitors have a track record that is still fresh in the minds of industry leaders. “The big hurdle is that people believe this class of drugs does not work,” McNeil says. Precision/personalized medicine is not new to those who develop cancer treatments. Cardiovascular researchers have a different experience. “When you say this is like Herceptin, they start to understand the potential, but are still skeptical,” McNeil says. Black points out that 2 million people per year suffer acute coronary syndrome (ACS), an umbrella term that includes heart attacks as well as severe chest pain due to reduced blood flow to the heart. That number is far greater than the number of cancer patients receiving precision care, he adds.

DalCor is combatting the stigma of CETP inhibitors by highlighting existing data on dalcetrapib, as well as conducting new research aimed at describing the drug’s mode of action — the kind of data the FDA likes to see anyway. “It helps people become comfortable that this is a logical, rational program,” McNeil says. He points to the DNA analysis published in 2015 that also included a prospective analysis of patients who took part in the dal-PLAQUE-2 study. The original analysis showed that dalcetrapib did not positively alter atherosclerosis as measured by carotid intima-media thickness (IMT). The new DNA prospective analysis showed that AA individuals indeed showed a significant reduction in IMT when treated with dalcetrapib. In contrast, the ACS patients with GG showed a progression in coronary atherosclerosis, while AG patients showed intermediary results. 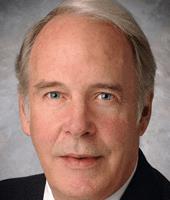 "The big hurdle is that people believe this class of drugs does not work."

Additional mode-of-action studies are underway, and DalCor’s leadership is hopeful that they can build a strong case for dalcetrapib and overcome the stigma. “We think we understand the safety of dalcetrapib very well. Now, it’s about getting other people to see what we see,” Black says.

IS DALCOR PHARMA THE NEXT UNICORN?

DalCor Pharmaceuticals is number two on a recent list highlighting Canada’s 50 most financially attractive private tech companies. The Narwhal List is compiled by The Impact Centre within the University of Toronto and shows private Canadian venture-capital-backed companies with the highest Financial Velocity. Financial Velocity is the amount of funding a firm has raised divided by the number of years it has been in existence. It is expressed in millions of dollars per year. This measure reports the rate at which companies raise and consume capital. According to the list, DalCor is a contender for unicorn status, but likely would still need to raise another $50 million to reach that level.