Can You Help With Gender Diversity In The New Year? 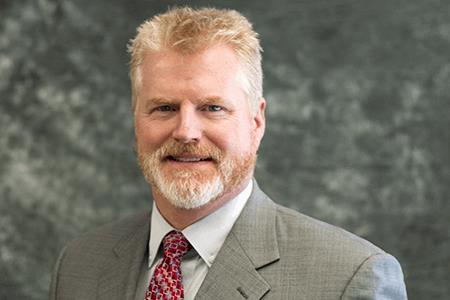 Life Science Leader had a banner year in 2019, with nine out of 11 covers (not including the December annual outlook issue or any special supplements) featuring CEOs of some of the most exciting biopharmaceutical companies in the world. As for the two non-CEOs featured in 2019, both were executive leadership team (ELT) members hailing from two of the biggest and most respected biopharmas in the world (i.e., Joaquin Duato, J&J; Mikael Dolsten, M.D., Ph.D., Pfizer). But truth be told, we didn’t do as well as we’d like in the area of gender diversity — only two of our 11 regular-issue covers featured females. We’d like to be closer to a 50/50 split, although the best we have ever done has been three women on covers in just one year. But even these come with an asterisk (*), as 2011 had two women on just one cover (i.e., Carrie Cox and Maxine Gowen), while two of three ladies for 2012 shared the cover with male colleagues.

Finding those women CEOs and ELT members at companies that could be defined as “cover worthy” remains an ongoing challenge. That’s why I often attend gatherings focused on female biopharma leaders (e.g., Women In Bio [WIB], the Healthcare Businesswomen’s Association [HBA] annual Woman of the Year award). Because if you want diversity representative of your readers, then it pays to go where those diverse leaders are.

This month’s cover feature is Jan G. J. van de Winkel, Ph.D., cofounder, president, and CEO of Genmab, and it came about as many of these articles often do — from me attending an industry event. In this case, I met van de Winkel following a talk he gave at the Utrecht Science Park while on a press tour of the Netherlands’ life sciences industry in 2018. In such situations, if the presentation, the person, or the company seems interesting enough and includes a story our readers would likely find informative, I try to connect to express our interest in interviewing them at some point for a Life Science Leader future article. In fact, this is also how the February 2020 cover feature came about.

But I can’t attend every conference, no matter how worthwhile the content or speakers might be. That’s why many of our cover features come to us via some sort of collaboration — such as with a PR firm or a reader — which happens to be how we secured our upcoming March 2020 cover. It’s also how we landed our exclusive Q1 series that chronicles the firsthand experiences of three female biopharma executives who were selected to this year’s cohort of WIB’s Boardroom Ready program.

Perhaps this is the year you could collaborate with us, especially as it pertains to helping us find interesting subjects to write about that include diverse (gender or race) biopharma C-level executives. For example, do you know a woman serving as a C-level biopharma executive that you think could make for a great cover story? Send me an email. In doing so, you’d not only be assisting us, but the entire Life Science Leader community. Like our magazine’s cover tagline suggests: You’d be helping us connect with an industry executive, so we’d have a better chance to collaborate. With your help, we all can contribute more to an industry we find so meaningful.