Changing The Paradigm Of Drug Development To Cure Rare Disease 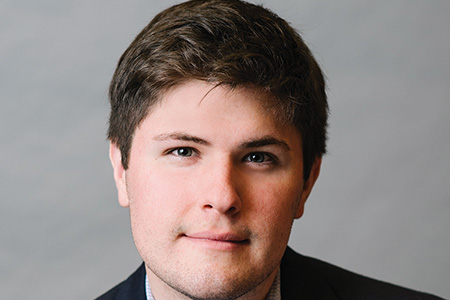 I began my journey into biotechnology and customized therapeutics development in 2017 to help my brother, Terry, who suffers from a rare form of Duchenne muscular dystrophy. Growing up, I knew that Terry had Duchenne, but as a child I didn’t internalize the fatal implications of the disease. However, as I entered my teenage years, my consciousness regarding the implications of the disease materialized. What became abundantly clear was that Terry wasn’t getting better but rather he was declining in overall health. Feeling incredibly powerless, I stowed my faith in the “system” to save Terry, believing hope was just around the corner. Though after years of hearing the same type of message I’d heard for more years as a diabetic myself, my faith in that outcome began to wane.

While attending Harvard Business School (HBS), I networked with luminaries, innovators, and biotech executives. Through this experience, I realized the existing model wasn’t going to help my brother in time. I needed a different way. With the support of the Blavatnik Fellowship at Harvard, I began to chart a new course — an effort to build an organization, recruit leading scientists and researchers, and ultimately develop an effective treatment, in time, for Terry.

Knowing that I wouldn’t have the benefit of years of R&D, nor the tremendous funding traditionally employed to develop a drug, I looked toward pioneering leaders such as Dr. Tim Yu, Jonathan Fleming, Jamie Heywood, and others as models to help guide me toward effective action. In doing so, I brought together a team of passionate researchers centered around the urgent mission of developing one drug for one person. My hope is that this ongoing journey can serve as a guide for one way to potentially accelerate the development of innovative therapeutics for difficult diseases.

We began as a small group — several academic researchers capable of cell line creation and drug creation, the support of Terry’s clinician, and a plan to tackle his specific mutation using CRISPR activation technology — a first-in-man modality. As our progress advanced, we began to expand the collaboration, making room for preclinical and regulatory expertise months ahead of when they were needed. In doing so, the siloes were removed, and the different stages of R&D, preclinical testing, manufacturing, regulatory, and clinical stages connected to enable seamless transition and drive data-informed decision- making, especially for decisions that would impact us over the long term. It was critical to consider multiple perspectives despite those perspectives being further downstream in the process.

While a collaboration was necessary, it wasn’t sufficient. Open communication was critical — the ability to freely share data, findings, and other relevant information with collaborators before publication to help inform downstream development. This required a degree of trust in collaborators and a departure from the status quo. Beyond sharing findings, the willingness of researchers, such as Dr. Melissa Spencer at UCLA, to share mouse models and insights resulted in months of time saved.

In beginning this journey to develop a customized therapeutic, our researchers had the courage to challenge conventional wisdom and strive to shape a technology around the patient, rather than shaping the patient around the technology. This degree of collaboration and open communication, and an understanding of how one’s role fits into the grand scheme, allowed for our rapid development. We found collaborators who were not only willing to contribute their knowledge, but also those who were willing to listen to the perspectives of others. Within the next year, we expect to dose my brother — and the power of collaboration convinces me that we have the best minds bringing this new technology.

RICH HORGAN is the founder and president of Cure Rare Disease.