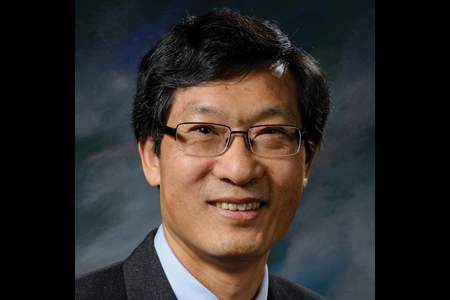 It is all too common for a late-stage clinical trial to go off the rails. Identifying the problem may necessitate a forensic approach to pinpointing and fixing flaws in the design – if they’re fixable. Depending on when the problems occur, a rescue may be too late.

How and when can you recognize the warning signs of an imperiled trial? Simply stated, if a trial’s enrollment timeline is significantly longer than forecast, your trial is probably in trouble. Timely enrollment largely depends upon optimizing the design of the protocol and identifying and activating investigator sites that will adhere to that design. This is easier said than done; it requires customization of each trial based on study- and site-specific factors such as investigator experience, target patient population, and the competitive landscape.

TRIAL TEAM LEADERS SHOULD CONSIDER THE FOLLOWING QUESTIONS TO GAUGE WHETHER A TRIAL IS ON THE RIGHT TRACK:

Have we optimized the protocol design?

If your trial team has amended the protocol more than once — whether to accommodate an expanded patient population or to adjust eligibility criteria based on age, gender, or specific disease parameters — the trial may be in need of rescue. Amendments are usually a sign of flaws in the original design. Thorough analysis of the target population, the proposed indication, competitors’ activities, and the pool of investigative sites can help the team test its assumptions and get the design right the first time.

Are our expectations for enrollment and trial completion realistic for this type of trial?

In the race to regulatory approval, overly ambitious trial leaders may devise unworkable timelines for completing the trial. In some cases, sponsors may also spread themselves too thin by trying to do too many trials at once. For example, a company may want to conduct both a prevention trial and a treatment trial at the same time. This can be tricky because treatment trials typically require nearly three times as many participants as prevention trials, with a strong likelihood of a longer enrollment timeline. If a trial is to stay on schedule, the timeline should be based on historical data from other trials in the same or similar indication, and with a similar design.

What are our competitors doing?

Be aware of other trials that may be happening in the same therapeutic area and consider how they may impact your timeline. Your trial may expedite enrollment if you are not competing with other trials for the same subjects and investigators; it is critical to gather competitive intelligence at a protocol, country, and site-specific level. Historical data is also critical to identifying what may work as your teams plan their studies.

Do we have the right number and types of sites and investigators?

When a trial is underperforming, most trial sponsors react by adding more sites. The relationship between enrollment timeline and number of sites follows a predictable but not linear pattern, and adding sites beyond a certain threshold can negatively impact performance. It is crucial to ensure that the right number of sites are enrolling the right patients — and to avoid spending more money to activate more sites that will likely underperform. Sites that fail to recruit any patients or enroll only one patient should be jettisoned. In some cases, the site may be well-chosen but the investigator is not.

In summary, you should proactively access all the variables — trial design, investigator site selection, site activation process, and competition — before you start a trial, as well as during trial enrollment. That may not eliminate trial rescues, but it certainly can reduce the likelihood of issuing an SOS signal.