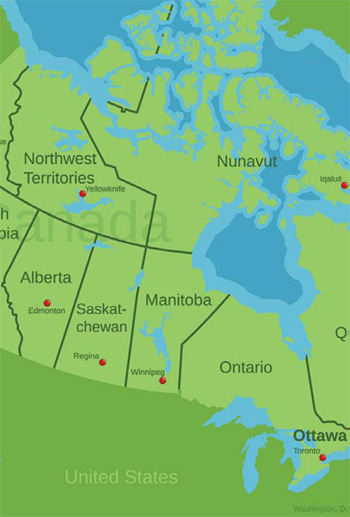 Ontario is taking an active approach to attract large multicenter clinical trials. As biopharm globalized clinical trials during the past 10 years, Canada’s scientific community did not change to meet the opportunities. The result was that after peaking in 2008, clinical trial placements began to decline, with fewer numbers of sites, patients, and dollars. Recognition of this spurred collaborative initiatives among Canadian industry, science, academe, and national health to analyze the problem. Sober analysis made it apparent that scientific excellence alone was not enough to maintain Canada’s position as a premier location to conduct trials. Ontario became the first Canadian governmental entity to fund an organization, Clinical Trials Ontario (CTO), to change the clinical trials landscape.

For sponsors of trials, this means there will be provincial support and active assistance in placing research projects. Ronald Heslegrave, Ph.D., executive director CTO, says, “It is our intention to take a businesslike approach to the conduct of clinical trials in terms of efficiencies and cost while maintaining the high scientific, regulatory compliance, and patient protections for which we are known.” He says the approach is founded on three strategic pillars: 1. Improve speed and reduce costs; 2. Leverage partnerships to gain access to global decision makers; and 3. Improve recruitment.

Currently, sponsors placing research at multiple sites may have to deal with scores of different institutions, agencies, investigators, and companies individually for contracting, ethical reviews, and SOPs. Heslegrave says quite often these entities have not only conflicting, but contradictory requirements. It’s an obstacle to getting situated and delays startup. Through collaboration with all the research centers in Ontario, Heslegrave envisions CTO becoming a single portal for clinical trials. It will be a triage center for sponsors, industry, physicians, and patients looking for information on research studies. He says CTO will act as both an active outreach to decision makers making choices on site selection and as a welcome center when the sponsor arrives. Ontario can no longer just hope investigators will choose Canada and, in particular, Ontario.

Quality, Speed, and Cost
Placement of clinical trials is based on three simple principles,” says Nita Arora, North American affiliate head for clinical affairs at Hoffman La Roche. “It is maintaining quality, low cost, and speed in getting an answer.” She says there has never been any doubt of Canadian research quality. But while Canadian researchers felt their superiority in quality would continue to bring sponsors back to Canada, the rest of the world caught up. These other regions delivered quality more quickly and at a lower cost. She says these countries compete with a sense of motivation to get the funds to raise their standards of living.

So if sponsors can stipulate quality at a number of sites, that leaves Canada to compete on cost and speed. Arora says costs in Canada are among the highest in the world and would be difficult to reduce. Yet companies will still work with a location if that site can deliver enough benefits in the other two areas. “Canada,” she says, “has all the assets necessary to encourage investment by biopharm.” What she feels Canada has lacked is focus. Unlike some other countries, Canada hasn’t yet decided to make a concerted effort to harness its resources in programs to attract and support multicenter clinical trials.

Heslegrave concurs, “It’s more than making the paperwork easier. There needs to be reform of the current system.” Speed certainly increases if you streamline start-up, SOP, and registration processes, but getting studies done quickly involves more. There needs to be programs to engage all the participants to improve collaboration, enrollment, retention, staff training, and a sense of urgency.

Costs — More Than Tax Incentives
Canada and the province have tax incentives and financial supports available like many other countries competing for clinical trials. These are issues over which CTO has no control. Heslegrave views costs in a broader sense. If you look at the cost of conducting a clinical trial, time is money. Anything done to reduce time can greatly reduce the costs to the company. While it may be difficult to shrink direct costs, CTO can cut indirect costs by shortening approval time, speeding enrollment, and standardizing processes. “For instance, if a trial goes on for a long time beyond its expectation, the company is paying oversight and operational costs it didn’t plan on. For a $100 million pivotal registration trial, those additional funds could equate to as much as $1 million every week, or some very large sum. Secondly, and equally important, is patent life. Any delays shave time off patent protection,” says Heslegrave.

Speed — Streamlining & Enrollment
CTO’s first initiative is streamlining regulatory and ethics review barriers to entry into Ontario. The goal is to establish a single ethics review board to provide standards mutually acceptable to all sites in Ontario and shorten approvals from months to weeks. Heslegrave is basing the CTO model on the successes of the Ontario Cancer Research Ethics Board (OCREB), which has a single ethics review process for all oncology research centers in Ontario. As an example, Heslegrave says that while he was associated with OCREB, Pfizer approached Ontario for placement of a study. Because of the centralized ethics review for oncology, Ontario had its first patient enrolled before other sites had approvals, and Pfizer-Canada lobbied its home office to get more sites in Ontario.

Slow recruitment is frustratingly unpredictable and can add months to a trial. Roche’s Arora says that 20% to 30% of the physicians/ sites recruit almost all of the subjects for clinical trials. That means that a sponsor spends millions on setting up sites that are slow or highly unproductive. This, she says, is an opportunity for Ontario to establish itself as a place where recruitment is reliable and time is saved.

Heslegrave recognizes that physicians pose two issues in recruitment — first, their own as investigators, and second, as recruiters of patients. Many physicians are finding the rewards of conducting investigatory work are outweighed by the barriers. Compensation may be low or nonexistent. Research time may not be allotted. Administrative requirements may be overly burdensome. For instance, investigators may have to attend good clinical practices (GCP) repeatedly to satisfy the needs of each sponsor and institution involved in a trial. Heslegrave says issues like these are the opportunities for CTO to promote collaborative solutions from industry and sites to reduce barriers and make research attractive to industry.

CTO plans to speed patient recruitment through education. An easily remedied problem is that many physicians are not aware of studies or the need of their assistance in identifying patients. Similarly, convincing patients to join a study is tougher, but pilot studies have demonstrated that both physician and patient groups participate at much higher rates when presented with information on the benefits for themselves and the common good. According to Heslegrave patients receive closer medical attention when they’re in trials, and standards of care improve in hospitals that participate in clinical studies. Participation keeps the medical community abreast of current and new practices in medicine, which helps the entire province.

Investigators will also have access to patient registries to help them identify subpopulations for enrollment. CTO is compiling these registries through the national health system with voluntary support from physicians and patients. CTO is also working with patient advocacy groups to gain acceptance of and participation in studies. These groups have the networks and contacts to disseminate information and encourage support of research projects. They offer investigators a direct connection to patients.

Where Do They Stand?
CTO received provincial funding in June 2012. It established working groups with a year-end deadline to have a framework for legal and liability issues across all institutions and to have an IT strategy to link information among the institutions. Heslegrave says it will run a pilot program on the ethics review process in early 2013.

Can Ontario Harness the Expertise?
Ontario has proven expertise and quality in medical research. It is, however, expertise that is siloed and independent. The costs are high, and analytical research attitudes lack a sense of urgency. Heslegrave says Ontario got the message. “Ontario has invested in reforming its clinical trials infrastructure, and that is unique. That investment should pay off by making Ontario a more efficient and effective location to carry out clinical trials. Companies should benefit directly from those efficiencies.”

Arora says that despite what appears to have been difficulties in conducting clinical trials in Canada, Roche has increased its resources there. She says, “Canada provides a stable environment in which to build a framework. Ontario has a great talent pool and a density of knowledge. In a relatively small area, there is multidisciplinary expertise.” Other countries once thought to be low-cost solutions to research are now enacting regulations and requirements that burden investigators and are not a “known quantity” like Canada.

She says there is also more consistency of care from practice to practice due to the nationalized healthcare system. That care is attended on one of the most diverse populations in the world. Both of these, she says, make studies easier to provide statistical significance for broader populations.