Collaborating To Stem The Tide Of Emerging Antimicrobial Resistance

Before the first antibiotic, penicillin, became widely available, we lived in a primitive age of medicine. The only cure for an infection prior to the mid-1940s was luck. While antibiotics have prevented many needless deaths over the last several decades, we are now at a tipping point where infections are once again gaining the upper hand. 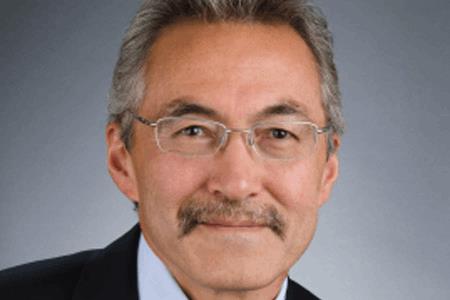 Overuse and misuse of cheap, generic antibiotics and antifungals over time has created the noxious problem of disease resistance. The CDC reports, for example, that widespread usage of antifungals in the azole class has stimulated an increase in azole-resistant strains of Candida. This is only one example of a number of new and emerging strains of drug-resistant pathogens that can cause severe and often deadly infections, such as bloodstream infections and pneumonia. These “superbugs” easily thwart available medicines and can spread rapidly within a population. Once a patient contracts an infection from one of these superbugs, death can be swift in the absence of effective treatment.

There’s been ample news coverage in the last year about the emergence of a virulent fungal infection called Candida auris, which has been identified in more than 120 patients in the United States and linked to four hospital deaths. What’s particularly worrisome is that Candida auris in some cases has shown resistance to all three major classes of antifungals available to treat invasive fungal infections.

Given the innovations in modern medicine, it is hard to believe that an estimated 23,000 people in the United States die yearly from drug-resistant bacterial infections; around 2 million people are infected overall. Fungal infections are associated with even higher mortality with nearly 1.8 million hospitalized patients and 97,000 attributable deaths per year in the U.S. Collectively, these infections incur healthcare costs of $21 to $34 billion annually.

Globally, there are at least 700,000 people who die each year as a result of antimicrobial resistance (AMR), which includes bacteria, viruses, and fungi. The WHO, for the first time, recently published a list of 12 drug-resistant pathogens, with three deemed “critical” in terms of risks to humans. The “critical” group includes multidrug-resistant bacteria that pose a particular threat to patients in hospitals, nursing homes, or under certain kinds of treatment.

WHAT WE CAN DO NOW
It’s time we identify aggressive solutions to AMR, and it will require a combination of strategies. We’ll always encounter drug-resistant pathogens, yet I’m confident that through collaborative, multidisciplinary approaches, we can stem the tide of this alarming trend.

Nurses and doctors need more education and guidance around prescribing of antimicrobials. Healthcare facilities need better diagnostic capabilities to catch the signs of infection earlier in the game and ensure that the right drugs are prescribed. Organizations should invest in antibiotic stewardship programs to ensure the appropriate use of antimicrobials. The latter can lead to better patient outcomes and a reduction in the spread of drug-resistant infections.

From my vantage point, streamlining the path for bringing new drugs to market is a top priority. We need to push hard on this endeavor, given the time it takes for new medicines to gain FDA approval and reach their intended audiences.

RESOLVING MARKET BARRIERS FOR NEW DRUG DEVELOPMENT
The climate for anti-infective drug development over the last decade has been generally unfavorable: Less than 5 percent of pharmaceutical investment goes toward antimicrobial development. The last new class of antifungals was introduced in 2001, and no new antifungal agents have been approved for Candida bloodstream infection since 2007. More than ever, we need rapid innovation in new antimicrobials, yet today, only a handful of large pharmaceutical companies are still in this market.

The main barrier is a dearth in economic incentives for researchers and drug companies to invest time and money into the process. Strict and complicated regulations in this country make it difficult to finance the development of anti-infectives, when factoring in the cost, complexity, and high risks of the clinical trial process. Adding to the problem, the return on investment of antimicrobials is not enticing. Antimicrobials are not intended for frequent use by a large market, but for sparing application in the case of serious infections.

Yet there has been some progress. On the legislative front, the 21st Century Cures Act aims to facilitate a faster approval pathway for antibacterial and antifungal drugs that treat a serious infection in a “limited population of patients with unmet needs.” The law requires that drug manufacturers include disclaimers on drug labels stating that the newly approved antibiotics are for a limited population, which may help to prevent misuse or overuse of these therapies. The 2012 Generating Antibiotic Incentives Now (GAIN) Act also provides fast-track FDA review and extended market exclusivity for qualified new antibiotics.

Since AWG’s founding in 2012, we have had notable success working with government officials, as well as other stakeholders such as the Infectious Diseases Society of America (IDSA), the CDC, and BIO in refining legislative proposals designed to improve the environment for companies developing drugs to address AMR. These accomplishments include playing an instrumental role in the GAIN and 21st Century Cures Acts.

Another exciting collaboration, launched in 2016, is CARB-X — the world’s largest public-private partnership of government, industry trade groups, charitable foundations, and life science accelerators created to battle antibiotic-resistant bacteria. The organization invests in promising, early-stage projects to accelerate development with the intent to build a diverse portfolio of at least 20 new antibiotic products.

The United Nations is also getting involved, through the recent establishment of an Interagency Coordination Group on Antimicrobial Resistance, which is designed to provide practical guidance on how to address AMR and coordinate global efforts. The group will support governments across the world and advise on the appropriate use of antibiotics.

Lastly, in 2013 the National Institute of Allergy and Infectious Diseases (NIAID), part of the NIH, established the Antibacterial Resistance Leadership Group (ARLG). To date, the ARLG has reviewed more than 70 study proposals and initiated more than 30 clinical studies, which include designs to optimize enrollment and testing in therapeutic trials and methods to improve clinical trial efficiencies.

These are all commendable initiatives, yet there’s still a lot more work required to bring new antimicrobials to market. Resistance to antimicrobials is predicted to reach tsunami proportions, yet the pipeline is practically dry. If we don’t make progress soon toward battling superbugs and suppressing development of new ones, resistant infections could kill more than 10 million people per year globally by 2050. That number is far higher than deaths from cancer, diabetes, traffic accidents, and other current leading causes of mortality. Let’s not wait any longer — anyone can get involved, from physicians, nurses, and researchers to entrepreneurs and policymakers. The time for action is now.