"To have or not to have comparative trials for biosimilars, that is the question,"
Shakespeare once wrote. 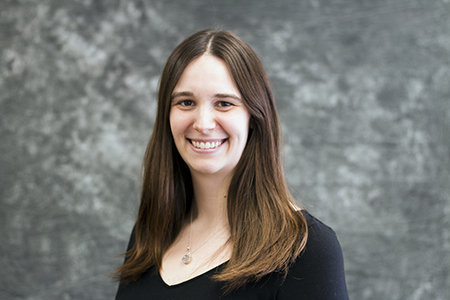 All right, so maybe Shakespeare didn’t write that particular question in “Hamlet” in 1599. But here we are in 2019, 13 years after the rise of the EU biosimilar market and four years after the approval of Zarxio in the (currently whimpering) U.S. market. Thanks to years of hard work and multistakeholder collaboration, many EU countries have successfully implemented these products and their benefits into healthcare systems. (That’s not to say, however, that procurement, reimbursement practices, and market access are not still daily challenges for companies.)

Though the analytical and clinical development of a biosimilar may not seem directly connected to market access, one long-term solution the industry believes will contribute to sustainable biologics access is a friendlier biosimilar development regulatory pathway. Hence, the question posed by “The Bard” above. Given the amount of biosimilar analytical and clinical data that regulators have seen, along with all the positive real-world evidence to date, there is increasing pressure from the industry to see regulators take stock of that wealth of experience and implement tailored development approaches when it is scientifically justifiable. (In the biosimilar industry, tailored development approaches would, ideally, promote greater reliance on analytical data and pharmacokinetic and pharmacodynamic [PK/ PD] trials, eliminating the current regulatory need to carry out large comparative efficacy studies.) We already have witnessed several regulatory firsts

Similarly, last year, both the EMA and the FDA approved two different pegfilgrastim biosimilars, based solely on analytical characterization and PK/PD trials. These approvals were, in the minds of many in the industry, a long time coming and a beacon of what is to come for future biosimilars. But whether the industry is truly ready for the same tailored development for all biosimilar molecules (when scientifically appropriate) remains a steadily intensifying scientific debate between industry and regulators.

A few months ago, I had the good fortune of attending and participating in one of the leading biosimilar events in Europe, the 2019 Biosimilar Medicines Conference, put on by Medicines for Europe. Thanks to a panel composed of regulators and experts from biosimilar manufacturers, my knowledge of the development process and its remaining gray areas was significantly deepened. During the panel, the four experts discussed the types of data — both analytical and clinical — best suited to demonstrating any clinical differences that could arise between a biosimilar and its reference product, along with the potential limitations of these data. The conversation also highlighted the tension that exists between industry and regulators in terms of when lessons learned can shape regulatory requirements and what these changes may look like. While eliminating all biosimilar comparability trials may have a nice ring to it, much of the conversation centered around step-wise approaches to tailoring clinical comparability programs in biosimilar development.

In what will be the first of a two-part article, I’ll discuss what are being hailed as the biggest challenges comparability clinical trials pose for biosimilar development. As one expert from a biosimilar manufacturer explained, though there are many reasons to praise clinical trials for their contributions to drug development, they may not always be the best method of answering some of the most important biosimilar questions we have today.

Since the beginning of my tenure in the biosimilar space, the caveats of running comparability trials have been proclaimed from podiums in numerous cities and nations. There are, of course, several business-related concerns behind these arguments. However, from a scientific standpoint, these trials typically provide no new information or value, in turn raising questions about their overall necessity.

In novel drug development and, to some extent in biosimilar development, the clinical trial is an important research tool for answering specific questions. However, in biosimilar development, it’s also critical that we understand that, based on years of regulatory-data submissions and assessments, these trials are not the most fit-for-purpose tools for showing differences between the biosimilar and its reference product given current margins, sample sizes, and endpoints.

As Uwe Gudat, the head of clinical safety and pharmacovigilance for pharma company Fresenius Kabi, outlined, a biosimilar company approaches a clinical trial after using all the tools at its disposal to demonstrate that the molecule itself is analytically and functionally highly similar. The human body is that final (albeit least precise) tool used to determine whether or not there are any clinically meaningful differences between the biosimilar and its reference product. But the question Gudat continued to emphasize throughout the discussion was: How much uncertainty is actually left following analytical characterization of the biosimilar, as well as a successful PK/PD study?

Gudat equates biosimilar clinical trials with forensic science; much of the work involved is identifying any differences between the two products and, more importantly, determining the origins of these differences. The clinical trial is a wonderful research tool, he pointed out, but that tool needs to be well-understood to avoid improper conclusions.

For example, there can be multiple factors at play that lead to differences in a biosimilar clinical trial, and in some instances, these differences may not even be attributable to the biosimilar itself. If you look at the European public assessment reports (EPARs) which are published by the EMA following the approval or rejection of a drug, Phase 1 data from Humira biosimilars in healthy volunteers all show a wide variety of adverse events. Even though multiple manufacturers have tested the same drug in the same population — healthy volunteers — there are never the same results, only similar results. Therein lies Gudat’s concern. For manufacturers and regulators, it’s critical to question whether these differences in the trial are indicative of limitations in the clinical trial process or if they’re product-related, reproducible issues that will continue to show up in future trials. Though statistical methods can be used to try to answer this question, these techniques may not always be the best suited for providing firm answers. As such, when it comes to biosimilar development, the clinical trial — though a valuable research tool overall — ultimately can raise more questions than provide answers. And, to Gudat, these questions are primarily about the clinical trial as a tool itself. (It’s important to note, however, as one regulator clarified, that these Phase 1 studies are not designed to take into account safety, but rather product and population variability.)

One of the biggest concerns I have heard from many others who have discussed this topic as well, is that a large comparability clinical trial is hardly sensitive enough to reveal clinical differences between a biosimilar and biologic. Clinical trials are great methods with which to uncover drastic differences in clinical performance. But, as Gudat emphasized, it’s highly unlikely that large clinical differences would not already be uncovered prior to the trial during analytical characterization and in a PK/PD study.

Of course, this isn’t a black-and-white issue. Central to all of this discussion is the critical question regulators and industry continue to grapple with: In which circumstances can analytical similarity be used to predict clinical performance? Considering that positive real-world evidence is flourishing, Gudat argued it’s becoming clearer every day that analytical comparability, in a majority of cases, can predict how it will perform in the clinic. But this is also where EU regulators’ bird’s-eye view on 80+ biosimilar applications (both accepted and withdrawn) can better inform this regulatory scientific debate.

Stay tuned for part two of this article, in which the regulators will get a chance to share their thoughts in response to Gudat’s question about the use of analytical comparability in place of a large comparative clinical trial to eliminate residual uncertainty. In addition, the panel participants will further their discussion on current analytical and clinical limitations and how the industry and regulators can best advance biosimilar development.