Compassionate Use: The Family & Patient's Perspective

“The one thing I wish could have been different with the compassionate use program is that I would have known about it earlier,” says Nicole Pierson. Nicole’s son Gavin, who was diagnosed with a rare brain tumor when he was 5 years old, is alive today because he received IBRANCE (palbociclib) via compassionate use from Pfizer. Although IBRANCE didn’t cure him, it did prolong his life long enough until a new type of laser technology became available which ablated his tumor.

Nicole considers her family lucky that Gavin survived long enough to be able to participate in the compassionate use program. She had done more than her fair share of diligent research — she educated herself tirelessly on her son’s disease, including learning about the specific markers of her son’s rare tumor. She also researched the available treatments as well as the new ones being investigated in clinical trials, becoming very familiar with sites like pubmed.gov and clintrials.gov. She just knew that IBRANCE would work for Gavin, but he didn’t meet the inclusion/exclusion criteria. However, then her physician said they could try applying for compassionate use. “I knew about clinical trials, but I had never heard of compassionate use until it was almost too late,” she says. If she would have known about the compassionate use program, she would have applied for it six months earlier. With a disease like Gavin’s, six months could have been too long. Nicole said though, once she found out about compassionate use, the process went very smoothly. The company was very helpful, and it was less than four weeks from when she found out about the program to when Gavin received the drug. She is very grateful that Pfizer took a chance, especially given that IBRANCE had never been studied in the pediatric population.

When asked about her concerns about using a drug that hadn’t been approved yet and for which the safety profile in a patient such as Gavin had not been established, she said it was worth the risk. They had tried everything (five craniotomies among other treatments), and it’s not as if the standard of care for Gavin’s disease wasn’t associated with significant risks. “I knew after the first 20-hour craniotomy had removed only 20 percent of his tumor that the standard of care was not going to work. In his case, the standard of care was so risky and associated with such significant side effects that we were lucky that he survived so many surgeries.” So in cases like this, her thought was: Why wait until the standard of care has failed so miserably and caused so many side effects that the patient doesn’t even stand a chance of tolerating further treatment?

Karen Laughlin, Ph.D., who has helped form the nonprofit CURe (Compassionate Use Reform) which is dedicated to the avocation of compassionate use, couldn’t agree more. She feels the first step that can be taken to support patients is to increase awareness. She believes when a patient is told they have a terminal disease, they should be informed of all treatment avenues from the very beginning. The initial treatment consultation should explain that there is the standard of care, and if that fails clinical trials, and if a person doesn’t meet the criteria for the clinical trial, then compassionate use is an option. In that way the patient can evaluate their treatment success/failure and determine when/if they might want to try a different avenue.

From its research, CURe has found that the bottleneck to compassionate use is company approval. CURe acknowledges that companies have valid concerns such as the patient experiencing potential adverse events or death, economic concerns (including supply constraints), and ethics pertaining to access. From 2011-2015, of the 1,210 requests submitted on average annually, the FDA approved 99%. However, that number only represents requests to which companies had said yes. We don’t know how many patients hear “no” from a company. Unfortunately, patients do not always trust that the reasons they are hearing for “no” are really legitimate. Thus, Laughlin feels to engender trust from the patient’s side, there’s a need for more transparency and consistency so that patients feel that their request has been handled fairly. After all, if you or your loved one has tried everything available and is desperate to live, it’s very hard to hear no. 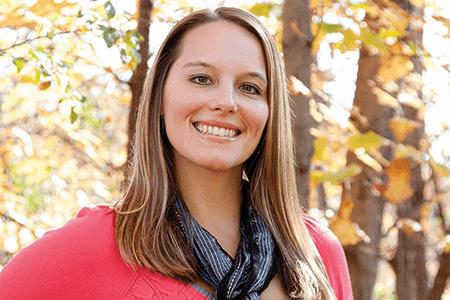 "The one thing I wish could have been different with the compassionate use program is that I would have known about it earlier."

CURe wants to bring all sides together, such as policy makers, health organizations, regulatory authorities, pharmaceutical representatives, and patients, to identify the biggest barriers so compassionate use can work better for everyone and that companies “increasingly and more consistently say ‘yes’ when it’s medically appropriate and logistically feasible.” Laughlin notes that all parties agree that compassionate use should not compromise ongoing clinical trials and, thereby, the greater public good. She acknowledges the complexity of the issue, thus, more the reason to pull all players together, including those in other sectors (e.g., clean energy experts and tax strategists), and harness new design approaches out of Silicon Valley to develop practical innovative solutions such as tax credits that would benefit companies and increase their motivation to increase access.

One change she’d like to see is companies considering their compassionate use program from the get-go, not after they start receiving requests. She points to steps taken by Johnson & Johnson as pioneering. The company has established a third-party ethical leadership board dedicated to review compassionate use requests made to the Janssen Pharmaceutical Companies. If boards such as these could be more the norm than the exception, that would be great, especially when they incorporate the patients’ views as well. For example, one ethical concern she has heard from companies is that patients really don’t understand the risks of a compassionate use program. However, she says that based on CURe’s experience with patients, this shouldn’t be a roadblock. Patients sign waivers to participate in traditional trials, so this is not foreign and, most importantly, many are “viscerally aware” of the risks of treatments as many approved treatments are associated with considerable side effects and risks, including death. Thus, one of CURe’s top priorities is for companies to develop consistent policies that are based on guidance that has been stripped of such misperceptions. She hopes that CURe can be a critical resource and help facilitate the process.

Although CURe is not promoting this stance, it can be easy to see the call to expand compassionate use as a patient-versus-pharma situation. However, it’s important to remember that with compassionate use, patients and pharma companies are both taking risks. But according to Christine Brown, Ph.D., a lead investigator on a Phase 1 study being conducted on glioblastoma at the City of Hope, the risks taken by both sides can lead to a win/win situation in certain cases. For example, recently Rich Grady, a patient with recurrent glioblastoma, was granted compassionate use of a novel route of delivery that wasn’t an option in the existing trial. The result was two-fold: He experienced a remarkable complete remission, and information from his responses has been used to amend the ongoing protocol so this delivery system can be provided to others. His wife said that, although the treatment was not a cure, it gave them more than an extra year of relatively high quality of life together. They are at peace with their decision, and “they hope that information gained will help many people live longer and healthier lives.” That is a goal everyone can agree with.