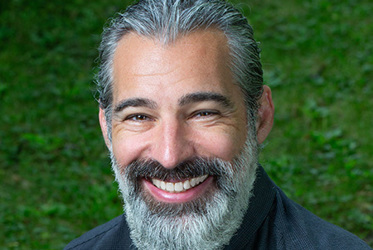 Your sales team has identified and engaged with a promising new overseas distributor. The group is thrilled. They show you how the relationship could improve access to customers and boost company growth. But are you informed as to whether the potential partner has troubling relationships with foreign governments? Does your team know where this new party plans to sell your products?

Probably not. Sales teams don’t generally prioritize compliance. If the group is confident the agent can deliver, they are often happy to sign them up and leave any compliance headaches for the company’s general counsel or head of compliance.

But there are some very good reasons your business managers should be more engaged in compliance and take a coordinated approach with the legal side of the business.

At The Front Lines

For one, sales staff have a front-line role. This gives them unique access to information that can be enormously helpful in assessing the risk profile of third parties. It’s not unusual for salespeople to possess insights which could have helped the compliance team understand tricky relationships long before they become a problem. Strong communication between the teams can help catch potential legal or reputational problems before they escalate.

In fact, strong compliance practices complement — rather than hinder — good sales performance. Maybe the sales team is excited about a new distribution partnership with a firm in Indonesia whose owner is the brother of the city governor. If compliance doesn’t find out about that risky family connection until the last minute, it could delay the deal or even derail it entirely. The sales team could have minimized the disruption by flagging the risk to the compliance team as early as possible, giving it time to address and remediate the issue.

If those reasons aren’t enough, add fines and jail time. The U.S. Department of Justice announced in 2015 that they would more actively pursue individual accountability for corporate wrongdoing.

Following are 5 key questions that sales and business development teams should ask before they jump into new channel relationships.

1. Is a third-party firm selling to governments or state-linked enterprises on your behalf? If the answer is yes, it needs to be immediately flagged to the general counsel or compliance team. Any government link raises the risk of corruption and bribery that are vigorously prosecuted under the U.S. FCPA and a growing list of other legislation, including the U.K. Bribery Act and French SAPIN 2. Sales teams should undergo regular training to ensure that they and their third parties understand their obligations to avoid bribery and corruption.

2. Who are you dealing with? Sales teams should be doing some basic digging into a third party’s track record and identity, rather than taking its claims at face value. Some of this information will come up during discussions about the third party’s track record. But not all. Maybe that new medical device distributor’s stellar performance a result of its strong leadership and professionalism. Or maybe it’s because its president is the brother of a hospital network’s procurement head. The implications of these two scenarios are very different from a compliance perspective.

3. Do third parties hold Personally Identifiable Information (PII)? The advent of sweeping cross-border data privacy laws in Europe (the GDPR) and the United States (the CCPA) means companies may be held liable for data privacy violations by their third parties. Just being in possession of the PII of customers or vendors can represent a risk to your company.

Sales teams should try to assess if third parties will have access to personally identifiable information and what policies these parties have to protect it.

Often, your colleagues in IT and Procurement may not be aware what information may be in scope in the third-party relationship.

During the onboarding stage, business development should go farther than merely asking third parties to describe their controls and provide verbal reassurances. They should also expect the parties to provide documentation proving they hold PII in a compliant manner and environment.

4. Where will your product end up? It’s not enough to know who you’re selling to — you should also know where the product ends up. Not knowing that your distributor in Jordan was selling product into Iran or that your sales agent in Vietnam had buyers in North Korea is not a good legal defense. Recent U.S. sanctions on products from China’s Xinjiang province and military end-user regulations have raised enforcement risks further in this area.

5. Who are your sub-contractors and fourth parties? The 2013 Rana Plaza disaster in Bangladesh was a turning point. Companies realized that compliance risks can extend well beyond third parties and into a murky world of sub-contractors and fourth parties. Sales teams should be doing their part to understand the identity and practices of entities who work with their third parties.

The bottom line is that sales teams should be viewing compliance as their partners, rather than potential deal killers. Compliance departments want to grow the company too, but in a way that manages risks and avoids potentially deep legal and reputational pitfalls. Sales teams have nothing to gain and potentially much to lose by not being transparent and collaborative with their compliance colleagues.