Connecting Women Who Are Boardroom Ready

In 2017, a record 38 percent of new seats at Fortune 500 companies’ boards went to women, according to executive search firm Heidrick & Struggles. Still, the firm reports that the overall number of women on boards, 22 percent, increased only 1 percent from the previous year. The numbers are worse in biotech. In 2017, only 11 percent of board seats of the 177 publicly traded companies surveyed were held by women, according to a study by Liftstream.

The slow pace of achieving gender parity in boardrooms was no doubt behind a 2018 California law that requires all publicly traded companies headquartered in the state to have at least one woman on their board of directors by the end of 2019 and two by the end of 2021. The law is the first of its kind in the U.S., but it follows the passage of similar boardroom quota laws in India and several European countries since Finland passed its law in 2008. At the time the California law was signed, state lawmakers pointed to research that shows that gender diversity on boards is good for business and, thus, good for the state’s economy. Carolyn Brougham, chair and founder of Executive Women In Bio’s Boardroom Ready program, agrees, and says that, based on numerous research studies, the case is closed on the economic benefits of diversity on boards. “Diverse boards have higher returns on investment, sales, and equity, as well as a lower risk of corruption. Diverse boards think better, act better, and make better decisions. Companies should want their boards to be diverse not because it’s the right thing to do, but because it’s actually the smart thing to do financially.”

IT ALL STARTED WITH “RAISING THE BAR”

As the head of Boardroom Ready, Brougham’s job is to give companies one less excuse for not hiring women on their boards. “Leaders of companies kept saying, ‘Well, we do want gender parity on our board, but we just can’t find qualified women.’ The problem is they were going to women who were already on four or five boards. This program is a way to identify new talent and overcome the barrier of having previous board experience.” Brougham, who is also an attorney at Northwestern University, once worked at a large law firm at which some of her clients were executives in biotech. “One of the things they kept telling me was that they were having a hard time getting invited to join boards. They just weren’t having the same success as their male counterparts at other organizations.” Brougham began researching the problem and possible solutions. That’s when she learned about an internal program at Biogen called “Raising The Bar,” which had been created for top female executives. The goal was to help these women network and, when a seat became available, program staff would help place these women on Biogen or other corporate boards. The program ran successfully for several years. 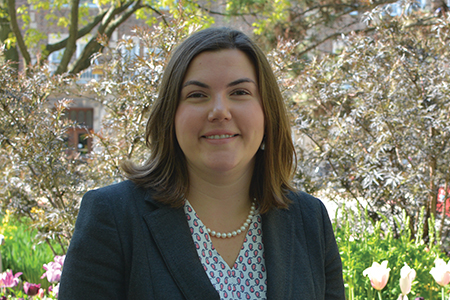 "Every year, we ﬁnd the top 20 women who are not only ready for board service, but have in-demand skills that boards are readily looking for."

Biogen was seeking ways to externalize the program to have more impact on diversifying the biotech industry when Brougham and Women In Bio stepped in, launching the program in partnership with Biogen and LifeSci Advisers in 2016. “The premise is that the women who make it into the program are already ready to be corporate directors. It’s not a training program.” Instead, the program allows women to network and acts as a clearinghouse for talent. A selection committee made up of seven men and women reviews the approximately 75 applications received annually. “Every year, we find the top 20 women who are not only ready for board service, but have in-demand skills that boards are readily looking for,” Brougham explains. To fill in any knowledge gaps, participants attend a five-day course (split into two sessions) at George Washington University, covering everything from cybersecurity and crisis management to financial planning through an IPO and working with bankers to raise money. The women in the program are also paired with director mentors and get invited to exclusive networking events, like the Executive Women In Bio annual retreat. However, it’s the networks these women form among themselves that are equally — if not more — valuable. “It has given them the opportunity to network with women who are similarly situated in the industry,” Brougham says. 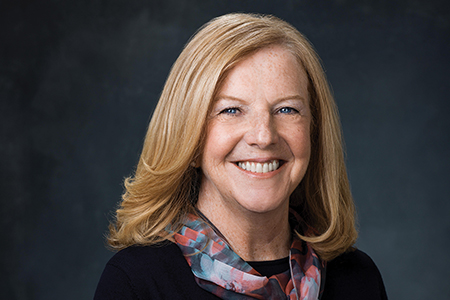 "The course increased my confidence that I could effectively sit at that table, even as a new board member."

A SMART WAY TO ADDRESS THE PROBLEM

Mary Thistle was part of the inaugural class of program participants in 2016. At the time, Thistle had heard of the success of Biogen’s program, was eager to enrich her network, and was looking to join a board. “I thought it was a smart way to address the problem at hand,” says Thistle, chief of staff at the Bill & Melinda Gates Medical Research Institute. As she sees it, the perpetuation of gender imbalance on corporate boards is due to a lack of diversity among the leadership itself. If the leadership is not diverse, likely their networks are not diverse. And it’s these networks that people — mostly men — tap into when a board seat becomes available. “This program is a catalyst to create a rich network of women who then could be made available to the industry.” Thistle now serves on one public and two private corporate boards. She says the Boardroom Ready course addressed most of the issues with which the boards she now sits on have had to contend. “The course increased my confidence that I could effectively sit at that table, even as a new board member.” Thistle also says the mentorship aspect of the program is key. “A new potential board member needs a strong advocate to help navigate their way to the boardroom, and these coaches often provide that advocacy.” It’s not enough, she says, to just get a recommendation. The program enables mentors and mentees to establish a close relationship in which true advocacy is possible, she explains. Today, Thistle recommends the program to both potential participants and corporate leaders who come asking her to add a fourth board to her list.

Arthur Tzianabos, Ph.D., is president and CEO of Homology Medicines and one of the CEOs who appointed Thistle as a board member. Tzianabos also recommends the program, particularly its website, to others in search of board members. “If you know the skillset you are looking for, you can look it up and find a number of women who fit your criteria.” Tzianabos had already heard of Thistle when he asked a colleague to introduce them. Knowing that she had been through the Boardroom Ready program, however, was additional validation that it was time for him to reach out to her and discuss the possibility of being on Homology’s board. In fact, Tzianabos says the company is quite fortunate to have Thistle, who is chair of the company’s audit committee. “She fills a really critical role.” Like Thistle, Tzianabos recommends the program to CEOs looking to fill board seats. The program, he says, is evidence that the industry is focused on the gender parity issue. “Women In Bio is really pushing this issue forward in a positive way. For CEOs, the program is a great resource and a great service, but it is also that for women who are in business who seek to have a leadership role. It’s a great win-win for everybody.” Thistle, likewise, says she sees a shift in the industry when it comes to gender diversity on corporate boards. “In the last 12 to 24 months, there has been such a shift that, I believe, we are getting to a tipping point.” When a board seat becomes available, the first thing the boards are doing now is attempting to diversify, whether it be gender, geographic, or diversity of expertise. The reasons behind this include the #MeToo movement, efforts to diversify STEM, and the women’s march. “The combination of all of these recent events has made the spotlight so bright that it is just really hard not to do the right thing.”