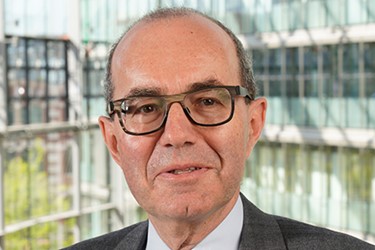 A staggering 1.5 billion people, each year, are treated for a neglected tropical disease (NTDs). These diseases can be painful, blinding and disfiguring, keeping children out of school and adults out of work, are often attached to stigma in some community. These diseases are widespread in tropical and subtropical conditions and tragically thrive in the most economically disadvantaged regions across the world. In addition, women and girls disproportionately suffer from NTDs — this is because of biological and physical factors that lead to an increased vulnerability, as well as socio-cultural factors that greatly increase the risk of contracting of NTD. The health and accompanying socio-economic burdens mire communities in a cycle of poverty and hinder progress toward the SDGs.

For those diseases for which there are treatments, important advances have been made toward controlling and eliminating NTDs. The London Declaration in 2012 unified global partners across sectors to push for greater investment and action on NTDs. Today, an estimated 500 million fewer people than in 2010 need interventions against neglected tropical diseases. Some 40 countries, territories and areas have eliminated at least one of 20 neglected tropical diseases. Historically low numbers of cases of human African trypanosomiasis (African sleeping sickness) are being recorded, visceral leishmaniasis has almost been eliminated in Bangladesh and Nepal, and cases of Buruli ulcer have decreased by almost 60 percent compared with 2008.

Not least, the Nobel Prize for Medicine also has been awarded for discoveries of drugs that have radically improved treatment against tropical diseases such as malaria, onchocerciasis and lymphatic filariasis.

On the occasion of the first-ever World NTD Day, progress achieved should be applauded; but there is so much more to do especially in the area of R&D so that these diseases are no longer “neglected” due to lack of investment. While investment in NTDs by multinational pharmaceutical companies, in particular, has grown steadily during the last 12 years, increasing fivefold since 2007, new ways to ensure these diseases are no longer “neglected” need to be created. According to the latest 2019 G-Finder report, industry’s investment in research for neglected diseases reached its highest level ever last year, and most of this investment was for clinical development and post-registration studies. But early-stage research is important too. A solution pioneered nearly 10 years ago, to boost early stage R&D for neglected diseases, is a truly unique collaborative approach with the aim to catalyse innovation and help unlock new ways of reaching a world free of NTDs. Through WIPO Re:Search — a consortium co-led by the World Intellectual Property Organization (WIPO) and BIO Ventures for Global Health (BVGH) — biopharmaceutical companies and research institutions on six continents are flipping the old paradigm of neglected infectious disease investment. By uniting public and private sector assets in an innovative resource-matching model specifically designed to help the poorest of the poor, companies and researchers have created a cost-effective, risk-reducing platform to target these diseases.

To foster an R&D ecosystem that is conducive to pioneering new or improved treatments and vaccines, WIPO Re:Search catalyses royalty-free sharing of intellectual property in targeted, mutually beneficial collaborations. The IP shared ranges from material assets — including compounds, technologies, data, and clinical samples — to world-leading expertise. WIPO Re:Search also bolsters research capacity in NTD-endemic countries — one of its key goals — by providing scientists from those countries with access to eminent researchers and cutting-edge resources that might not otherwise be available to them.

The track record is impressive. Over the past decade, BVGH, the Partnership Hub Administrator, has employed its customized, industry-like partnering approach to establish and manage over 156 WIPO Re:Search intellectual property-sharing collaborations across institutions, sectors, and geographies. Of these, 10 ongoing collaborations are advancing critical solutions for neglected infectious diseases along the product development pathway. Over time, these partnerships may have the potential to create candidates for products.

Critical to the success of WIPO Re:Search are the eight pharmaceutical companies — Eisai Co., Ltd.; GSK; Johnson & Johnson; Merck KGaA, Darmstadt, Germany; MSD (a trademark of Merck & Co., Inc., Kenilworth, NJ, USA); Novartis; Pfizer; and Takeda Pharmaceutical Company Limited — all of which   commit yearly to operational funding and sharing of their valuable IP to accelerate NTD, malaria, and tuberculosis R&D. WIPO Re:Search is driven by the desire of industry members to share their knowledge and assets to do the greatest good where it is needed most.

The most commonly requested industry asset is compounds, including drugs developed for other diseases that may also have efficacy for NTDs, malaria, or tuberculosis. As such drugs have often undergone preclinical or early-stage clinical testing, the time, cost, and risk of repurposing the compounds for new indications can be significantly reduced. WIPO Re:Search investigators also often seek large, high-quality compound libraries as starting points for drug discovery when repurposing of existing drugs may not be feasible.

To help get compounds into scientists’ hands as quickly as possible, Johnson & Johnson — which shares its Jump-stARter library broadly through the Consortium — created a material-transfer agreement template to expedite negotiations with recipients and established processes for efficient preparation and shipment of the library. When researchers identify compounds (or hits) within the library that have interesting activity, Johnson & Johnson shares the structures of those hits expediently to inform and enable follow-on R&D.

In addition to compounds, WIPO Re:Search company members also share drug development expertise. For instance, a Pfizer scientist had a conversation with academic researchers on possible alternative delivery approaches (an adhesive skin patch and an injectable gel) for a malaria drug candidate being investigated by the academics, which has been unable to exert its antimalarial effects over a sustained period.

For researchers, partnering with universities and pharmaceutical companies through WIPO Re:Search provides an unparallel opportunity to make an impact in their countries, communities, and on those suffering from NTDs. Take Fidelis Cho-Ngwa, professor at the University of Buea, Cameroon. He is leveraging the training he received at Novartis through a WIPO Re:Search fellowship to advance his NTD drug discovery programs, including a BVGH-coordinated WIPO Re:Search collaboration with Merck KGaA, Darmstadt, Germany. He identified several promising hits in a screen of over 5,500 company compounds that could potentially work against both adult and juvenile O. volvulus (which causes onchocerciasis) without life-threatening effects in patients co-infected with Loa, a parasite common in West and Central Africa. Those hits have provided important focus and speed to his research work. He is not alone – there are multiple similar stories.

Developing medicines is a long and risky endeavour. WIPO Re:Search brings together essential elements for success in finding new compounds against neglected diseases. This would not be possible without the framework provided by intellectual property, which supports the R&D process through recognition of the inventors’ work. Innovation can only thrive if there is intellectual property, which facilitates and creates synergies between companies, organizations and researchers.