Crowdfunding And The Life Sciences: Will It Work?

The past five years have been one of the most difficult periods for raising capital in the life sciences industry. The recession — coupled with longer drug and devices approval times, higher than normal rate of drug failures, and a challenging regulatory environment — has contributed to a scarcity of venture monies available to start-ups and early-stage life sciences companies. 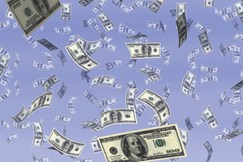 “Over the past few years, venture capitalists have primarily invested in later-stage, riskmitigated companies and, as an industry, backed away from funding creative ideas or early-stage companies where they have historically invested,” said Steven Burrill, CEO of Burrill & Company, a life sciences venture capital and private equity company.

This shift has forced many would-be entrepreneurs and early-stage life sciences companies to consider nontraditional funding options, including crowdfunding, to start up operations or advance drug/device development programs.

What is Crowdfunding?
With crowdfunding, you use the Internet to donate, loan, or invest money in a new company, idea, or project. It has been popularized by websites such as Kickstarter, Indiegogo, RocketHub, and others that have been successfully used to fund development of software, consumer products, art projects, films, civic efforts, and even political campaigns. Generally speaking, there are two types of crowdfunding: donations/rewards and equity. In the donations/rewards model, pioneered by Kickstarter and Indiegogo, investors either donate money to a project for altruistic reasons (e.g. to develop a treatment to cure a disease) or because they receive a reward (t-shirt, early access to a product, product discounts, etc.) in exchange for their investment.

In contrast, in the equity crowdsourcing model, contributors receive an ownership interest or shareholder stake in a business/ entity collecting the funds. Because of this, the investment is considered a “security” under federal and state laws and is regulated by the U.S. Securities and Exchange Commission (SEC). While donation/rewards crowdfunding has been in existence for the past several years, equity crowdfunding was not possible until April 2012 when the JOBS Act (Jumpstart Our Business Startups Act) was signed into law.

The JOBS Act contains a provision for equity crowdfunding (Capital Raising Online While Deterring Fraud and Unethical Non- Disclosure Act or CROWDFUND Act), which allows companies to raise capital in small amounts from large groups of people using the Internet and social media. Equity crowdsourcing is not widespread because the SEC is still working out the regulations for its implementation. However, equity crowdfunding experts believe the aggregate amount sold to equity investors through an investment-based portal (approved by the SEC) in any 12-month period may not exceed $1 million. Also, it is likely that individual investors will have monetary caps placed on their equity investments made through these investment portals.

How Crowdfunding Works
Like traditional fundraising, companies or individuals seeking financing craft a “pitch,” an executive summary that describes why the funding is necessary and what the funds will be used for. The pitch (and other supplementary information) is published on a crowdfunding portal along with a financial goal. For example, a company may be seeking $1 million for new product development. Typically, companies or individuals are required to reach their funding goal, or investors get their money back.

The portal hosting the campaigns keeps a percentage of what is invested or donated — usually 7 to 20 percent. Sometimes a flat fee is charged.

The reason why crowdfunding appeals to many would-be investors is the amount of transparency associated with fundraising campaigns. In most instances, the progress of the campaigns (and expected company milestones) is prominently displayed on the portal and easily accessible to both investors and donors. Also, because individual investors usually do not invest substantial sums of money, the amount of risk involved in financing crowdfunded campaigns is generally very low.

At present, there are eight crowdfunding portals operating in the U.S. (table 1 on page 52). Of these, five are donations/rewards portals, and the remaining three platforms are based on the equity-based financing model.

Alex Fair created the platform with Mike Pence (former lead developer for Kickstarter) after he failed to capitalize a healthcare venture using conventional fundraising channels. “I tried to set up a campaign on Kickstarter and found out they do not support healthcare fundraising. After a bit of research, Mike and I decided to create a crowdfunding platform exclusively designed for healthcare projects” said Fair.

Since its inception in early 2012, Medstartr has helped finance numerous healthcare projects with an average raised of $13,100 per campaign. While the monies raised on the Medstartr platform are usually not large, Fair believes that the funds allow entrepreneurs and earlier-stage companies to continue to innovate and ultimately succeed. “A successful campaign on Medstartr can help to validate an idea or project and engage external investors who may have the resources to invest in subsequent financing rounds,” offered Fair. He added, “Before Medstartr, it was very difficult to get market validation of lots of good ideas and products in the healthcare space, which ultimately prevented them from reaching the market.”

The concept for the Microryza portal began when Wu was unable to secure funding during her Ph.D. work for a research project she wanted to pursue. “I had this great idea that was very risky, and I knew that it would never be funded by an NIH grant, so I started thinking about a Kickstarter-type site for life sciences projects,” said Wu. After interviewing over 100 scientists to confirm that other researchers had high-risk projects with little hope of funding, Wu and Luan launched Microryza in April 2012.

At present, Microryza launches approximately 12 campaigns per week after the projects undergo a rigorous screening process. Like Medstartr, the amount of money raised per Microryza campaign is usually not large (usually several thousands of dollars). Nevertheless, Wu is convinced that Microryza will help to “better inform the public about scientific research and how it is conducted” and to identify potential new “science patrons” interested in making an investment in the “$160 billion-dollar U.S. market of unfunded research projects.”

Healthfundr (healthfundr.com) was launched in May 2013 by Jared Iverson and Sean Schantzen, two attorneys with extensive backgrounds in raising capital for life sciences ventures. The Healthfundr portal is designed to help private, early-stage healthcare companies raise $2 million to $5 million through an equitybased crowdfunding mechanism.

Instead, Healthfundr intends to use its crowdfunding portal as sort of a matchmaking platform for companies it selects to showcase (2 to 4 percent of applicants) and appropriate pools of investors registered at the site. Schantzen notes that Healthfundr doesn’t make recommendations for investors; it just makes opportunities available to them. “Investors must decide for themselves whether or not an investment is right for them,” emphasized Schantzen.

Unlike many of the donation/rewards crowdfunding sites that depend on portal volume, Healthfundr intends to work with only a handful of companies at a time. “We are a highly selective, curated portal and want to work on a small number of deals that we personally believe in and are a good fit for our funding model,” said Iverson, Healthfundr’s CEO.

Challenges
While many healthcare and biotech entrepreneurs are very excited by the prospects of life sciences crowdfunding opportunities, there are a substantial number of challenges — mainly with equity-based crowdfunding — that must be addressed before this new funding paradigm can be validated.

First, the SEC has yet to release the regulations that lay the groundwork for equity crowdfunding. In the absence of these regulations, only accredited investors, not the general public, can invest using equity-based crowdfunding portals. However, many crowdfunding experts expect the regulations to be released sometime in 2014. But it is generally assumed that it will be many months before the SEC establishes formal procedures for registering portals and issuers.

Second, companies that use equity crowdfunding portals will not be allowed to send out mass solicitations to prospective investors at will. The JOBS Act stipulates that equity-based crowdfunding can only be conducted through brokers or portals registered with the SEC. This may actually limit fundraising opportunities. Also, companies that raise between $100,000 and $500,000 via an equity crowdsourcing portal will be required by the JOBS Act to have their financial statements reviewed by an independent certified public account. Companies that raise funds in excess of $500,000 are required to have audited financial statements. Both of these accounting services can be costly and are not typically required of companies that raise less than $1 million through conventional funding mechanisms. Finally, once a crowdfunding offering closes, companies will be required to annually file financial statements with the SEC and compile annual investor reports for its shareholders. Complying with these regulatory requirements may be burdensome for most start-ups, especially for those that raise less than $1 million.

Third, as previously mentioned, the aggregate amount sold to equity investors through a crowdfunding portal in any 12-month period cannot exceed $1 million. Individual investors will also have caps placed on equity investments made through equity crowdfunding portals. Consequently, it is not clear whether or not equity-based crowdfunding will be able to provide earlystage biotech/devices companies with the required amounts of capital they need.

Finally, concerns have been raised about the high fees that may be associated with equity-based crowdfunding portals. Some experts believe that usage fees may be upwards of 10 to 20 percent because of broker/portal registration costs and exhaustive due diligence that must be conducted before company offerings can be posted to the portal. Also, the larger than normal number of shareholders who are likely to invest in a company that uses a crowdfunding portal may interfere with raising additional rounds of capital. In many states, corporate law stipulates that shareholder approval is required before a company can accept additional funding. Getting large number of shareholders to agree to and approve subsequent rounds of funding may be difficult and ultimately interfere with the longterm financial viability of a company.

What Does the Future Hold?
Many venture capital and private equity professionals, such as Seth Yakatan of Katan Associates, believe that crowdfunding will be good for the life sciences industry. “It has the ability to broaden the audience of potential investors and provides a really great venue for smaller projects and earlier-stage companies to leverage the power of social media and mass appeal for a cause,” said Yakatan. Likewise, Steve Burrill believes that crowdsourcing will continue to promote innovation and ultimately play a role in life sciences fundraising. Burrill said, “Crowdfunding will not solve early-stage capital demand, but it will make a contribution to the life sciences sector.”

While it is too early to determine if crowdfunding will have an impact on the life sciences industry, Medstartr’s Fair offered an insightful comment about the potential of crowdfunding. “If you want to go fast, then do it by yourself, but if you want to go far, then go with the crowd.” On the other hand, Burrill quipped, “We live in a world where everyone wants to push buttons, but life sciences fundraising is still a contact sport!”