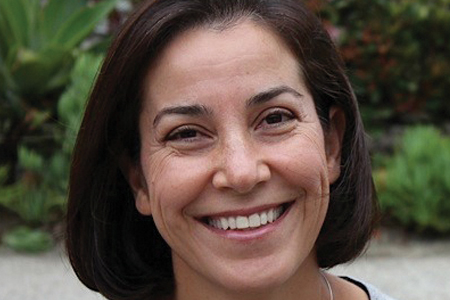 Biotech companies are always looking for that magic ingredient: a company culture where employees are engaged, productive, and dedicated to their work. After decades of having worked in this industry, I firmly believe that the key to achieving this magical ingredient is to create working-team relationships based on trust and open communication. The lasting outcome is a company that continues to meet its goals, adapts well to change, and succeeds.

Trust me — it works. I’ve seen multiple teams go from missing deadlines to working as a unit. They started to work well together because they learned that they enjoyed spending time with each other. Their camaraderie came from solving problems together. Leaders can’t force that change, but they can facilitate it by fostering clarity and understanding. This comes from creating an experience that allows each team member to know how their individual contribution ties to the overall goal and allowing them to offer their unique talent by aligning those contributions into something no individual would be able to do alone.

Here’s an example of how this can work. I was hired to set up an assay development department by a company wanting to use their device to manufacture a novel product candidate. Unfortunately, the company had been placed on a clinical hold, and a new potency assay was urgently needed in order to resume the Phase 3 clinical trial. They told me upon hire that the potency assay project had been tried before and was unsuccessful. And, as if that was not enough to deal with, I quickly realized that the company culture was a mess — every department worked alone, and no one seemed to want to work together.

The biggest challenge of this project was that it would require a lot of people to execute the many experiments needed within a short period of time. I had to build a positive team dynamic, but I was the “new person,” and people either didn’t want me there or were sceptical of my intentions. So to begin with, I started creating relationships with people and teams across the organization. I asked questions about what they did and how they had been contributing to the company projects. I asked for their opinions why they thought this project could not be done. I looked at the strengths of each person and each group and pulled in skillsets from different departments to create a functional team that could get the data we needed. I also hired four new people and on-boarded them with clear expectations and training so that they could hit the ground running.

We spent a week just brainstorming — communicating with each other — about how we were going to come together and work together. People could delve into nitty-gritty details that could impact their work and potentially impact the results — what variables needed to be evaluated, when and how to collect samples, even down to how the samples should be labelled. Suddenly, everyone in the team was vested toward a common goal. They wanted to make this thing work. We put a plan together, and everyone had input. They were clear how to work together. They had ownership and clarity, not competition and insecurity. And then everyone got to work.

When we got stuck, I would push from behind, and by this stage they were comfortable letting me do that. After maybe two months, I could lean back, and people were orchestrating the work that needed to be done. The leadership in the team shifted from time to time, as appropriate, to drive results. No individual member was considered more important than the team. Even with all that was going on, they still managed to have fun during impromptu planning meetings by grabbing late dinners in the lunchroom.

This is not to say that leaders can or should let others do all the work. Leaders have to be authentic. If leaders also put in that extra effort, team members will go the extra mile. I would still show up early in the morning and stay until late in the evening — just like the other team members — to show that I appreciated them and that I was willing to do the work with them. With leaders “walking the walk” alongside other team members, the team will feel more comfortable knowing that their leaders are more likely to fight for them.

We finally got the potency data we needed, and the FDA accepted it. It was a huge achievement for the company, but also for the team. We became (by necessity) a cross-functional team with individuals from research, manufacturing, development, regulatory, and quality, and all were needed to generate and file the data. Everyone pushed this to the finish line. Everybody took on leadership roles, both big and small, at different times.

FROM A GROUP OF INDIVIDUALS TO ONE UNIT

Our success came from people working together. Once we had built a culture of trust and collaboration and instigated a mission-driven approach to solving problems, people started to speak as one unit — “We did this.” If there was an experimental failure, no one pointed the finger or looked for a scapegoat. It was “These data don’t look quite right” or “Maybe we made a mistake,” not “They didn’t do the assay properly.” People would take responsibility for mistakes and then immediately go into problem-solving mode.

It was a rewarding and beautiful thing to see that transition from being a group of individuals to being a highly functioning team with a newly emergent culture. Just as a table cannot support itself without legs, a team is not functional without a culture where capable and adaptive individuals can come together to solve problems and provide needed support to reach success. Cultures with high-functioning teams are essential to a high-functioning company; they create more opportunities by enabling the tasks at hand to be divided according to the strengths each team member can offer.

The real key is to give people ownership over their work. Then the work is motivated, and the company’s success becomes their success. The second “magic ingredient” is the attitude of the leader. Having a “can-do” attitude and using positive language can help the team overcome challenges. For me it was all about how I showed up for my team. Even during trying times, providing reassurance can make a big difference to a team’s grit and ability to deal with challenges, failures, and mistakes.

"I quickly realized that the company culture was a mess — every department worked alone, and no one seemed to want to work together."

To finish, I want to share a time when one of my employees was overwhelmed with the technical challenges we were facing. To her there was no clear path forward. Technical problems are very common in our industry. We have to solve problems that don’t have a solution yet. My employee told me that she felt overwhelmed, as though she was in the middle of an ocean treading water, just trying to keep her head above water so she didn’t drown. I told her that I hired her because of her skillset and her ability to problem solve, and that is exactly what she was doing. She wasn’t failing, she was eliminating variables that were not working, which would ultimately help us find the right solutions. I was swimming right beside her with a life preserver.

A leader’s ability to stay centered and be encouraging during tough times is critical to their team’s success. Positivity both in language and actions can lead the team to overcome many challenges by finding the strength and creativity to solve problems. That is the sort of culture that is the key to success of individuals, teams, and companies.

NOUSHIN DUNKELMAN is the founder of MaxSynergy Consulting and has over 25 years of experience in biotech companies in the areas of product development, management, and team development.