Defining Presence As A Leadership Behavior

By John Baldoni, chair of the leadership development practice, N2growth 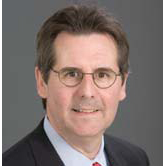 In my writings, I define leadership presence as the “right stuff of leadership,” and, by doing so, I embrace a holistic concept. For me, presence is more surface appeal — as the term executive presence connotes; it denotes a leader’s approach to getting the most out of themselves as well as their team. By that definition of presence encompasses conviction, authority, power, and the application of them through a leader’s actions and words.

You might consider presence as defined by three verbs: be, do, review. Let’s take them one at a time.

1. Be. Authenticity is a reflection of the leader’s inner self, how they comport themselves as well as how they relate to others. Central to being is character, which is basically your sense of accountability and taking responsibility for who you are and what you do. Without such accountability, presence is negligible. That is, you may look good in a suit, but if there is nothing inside the suit, well, there is only emptiness.

2. Do. Leaders are defined by what they do. Most often a leader’s prime 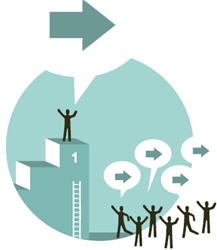 responsibility is that of engaging others, guiding them with a sense of purpose and pointing them in the right direction. It’s critical that you accept the consequences of your actions. Those who make excuses are not worthy of our followership. Conversely, those who stand up for what they believe and, most importantly, put people into positions where they can succeed, are worth their weight in gold.

3. Review. Before you can move forward, you need to know where you have been. And in today’s 24/7 global framework, looking back is not a prized attribute. That leads many individuals and organizations to keep repeating the same mistakes. First, you need to reflect; set aside time to go over what you have done. Then, remember to review. I recall a pharma executive telling me that he had a boss who said the job was never over until you had a briefing with your boss about what went right or wrong, as well as what you learned.

While presence is composed of being, doing, and reviewing, it would be simplistic to consider it a process. It is more about an approach to life. This is a point that David Brooks made in a recent New York Times column where he wrote in regards to a family that had persevered through tragedy by grieving personally as well as doing what they can for others. As Brooks writes, “The art of presence [is] to perform tasks without trying to control or alter the elemental situation.” In other words, change what you can change, and endure through grace what you cannot.

Leadership embraces activism; it is the outcome of a purposeful pursuit of goals. Yet every one of us has experienced adversity in the form of loss, failure, or mistakes. How leaders respond to such crises is what defines them. And here is where presence takes hold. Presence gives the leader the wherewithal — authority and resilience — to battle the odds and endure through being, doing, and reflecting.