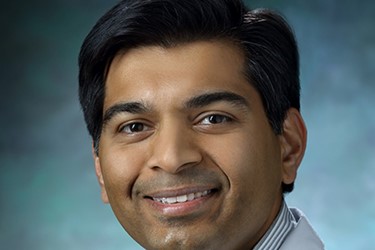 In the wake of the charges that Theranos made exaggerated and false claims about its blood tests, we were all reminded of one very important lesson: There are no shortcuts when it comes to bringing a product to market in medicine. As a society, we need to hold medicine to the highest standards of transparency and validation. Our eye has to always be on the patient, not the dollar sign.

But there is reason for optimism. Recent studies have shown that liquid biopsies may be effective in detecting cancer in its early stages. When medicine is done right, organizations prioritize the generation of clinical data, allocating the bulk of their budgets toward research and clinical trials. Only once the data is proven does a company prioritize capital for marketing and commercializing the tests. This is largely different from the way Theranos prioritized their funds.

When life sciences companies raise vast amounts of money up front in the absence of any proof of performance or differentiated technology, it can often stifle real innovation. Deep pocketed investors, determined to win by sheer weight of capital, choose the companies they expect will be the most profitable. But science ignores our wishes and laws of nature don’t always bend to the early inferno of such capital. These companies that receive such funding are then under tremendous pressure to demonstrate success and often succumb to making exaggerated claims.

In the case of Theranos, promises were made in order to secure investor money, strategic partnerships and sales. But when the data and technology did not work to keep those promises, Theranos maintained their position about how revolutionary their technology was, failing to mention the truth. Instead of investing capital into developing products that would work, they continued to invest into selling products that didn’t.

Eventually, when the house of cards inevitably collapses, it impacts the industry as a whole. Innovation across the industry is again stifled as investors become scared to fund even proven and rigorously validated technology. Unfortunately, it is the patient that ultimately loses when excess capital is not handled responsibly.

While the scandal was a disappointment, recent studies in liquid biopsies demonstrate that real, capital-efficient innovation is alive and well. The process of studies to ensure credibility is important. Unlike Theranos’ data, these studies have been approved by the Institutional Review Board (IRB), have been vetted by leading medical centers such as the American Society of Clinical Oncology (ASCO) and have undergone thorough scientific peer review toward publications.

In the past, liquid biopsies have largely been used in advanced cancer patients to determine treatment options. They are not used earlier because the circulating tumor DNA (ctDNA) technology widely used has not been proven to be sensitive enough to detect cancer in early stages. Additionally, their hefty price tag — which can run as high as $6,000 — makes them prohibitive.

But there have been recent advancements in this field. For example, in one study, research scientists from Johns Hopkins University demonstrated that an experimental blood test was effective in detecting cancers in people already known to have the disease. The liquid biopsy found about 70 percent of eight common types of cancers in the patients tested and was able to identify the possible origin of the cancer in many cases. When tried on patients without cancer, it yielded only seven false alarms.

The positive results from these kinds of studies prove that blood tests can address the unmet need for a convenient and accurate way to find cancer early. Early detection is perhaps the only real cure for cancer.

Despite the fact that the Theranos story has been unraveling for the last few years, investors have continued to invest in liquid biopsies for early cancer detection. The unmet need is significant, as most cancers are still diagnosed too late when survival is poor. Around 100 million Americans over the age of 50 with increased risk for cancer could benefit from affordable, convenient, and accurate blood tests for early cancer detection. Survival rates are over 90 percent when cancer is detected early.

It’s not surprising, then, that $1.5 billion has been invested into liquid biopsies in 2017 alone. When done right, like at John’s Hopkins, Memorial Sloan Kettering and MD Anderson, most of that investment will be dedicated to further clinical research and validation first, not just trying to corner the market first by sheer weight of capital sans innovation.

While scandals will come and go, and many companies will fail to bring their products to market, the industry's primary focus should be on detecting cancer early and accurately in order to save lives. More research is needed to determine the true effectiveness of emerging blood tests and to hone their capabilities, but instead of letting a few bad apples scare the entire industry, let’s turn our attention to those who are doing things right.

Ashish Nimgaonkar, MD, is a gastroenterologist and Medical Director in the Center for Bioengineering Innovation and Design at Johns Hopkins University, Baltimore, MD. He also is an advisor to CellMax Life.