Clearly “cannabusiness” has gone mainstream. The March 2019 SXSW conference and festivals held in Austin, TX included three days of programming on the increasingly popular plant for everyone from parents concerned about the stigma of its use to budding entrepreneurs. As legalization becomes widespread, the number of companies looking to cash in on the demand for marijuana- and hemp-based products for recreational and medicinal purposes increases exponentially.

It’s in this politically and socially charged Wild West environment that legitimate pharmaceutical companies must work to raise capital, navigate strict drug-enforcement laws, and seek FDA approval in order to bring their therapeutics to market. And, if those challenges were not enough, they must do all of that while rising to the scientific challenges of developing therapeutics inspired by a plant that contains 113 identified cannabinoids.

The game changer for the pharmaceutical industry was the June 2018 FDA approval of GW Pharmaceuticals’ Epidiolex for the treatment of refractory epilepsy, says Alex Wasyl, CEO of Nexien BioPharma. “The people who are really interested in the future of medical marijuana increasingly understand that this will take place within the pharmaceutical industry: investigating cannabinoid APIs, developing specific formulations, going through the process of preclinical and clinical trials, and applying for FDA approval for certain indications.” U.S.-based Nexien is currently working on advanced parenteral formulations, in addition to their sublingual and oral tablet technology, for the treatment of various indications. Currently, Nexien is focused on two of its eight indications — refractory epilepsy and myotonic dystrophy. For refractory epilepsy, Nexien’s formulations are designed for fast-onset intervention when compared to any available oral or oral mucosal cannabinoid drug.

The development of cannabinoid pharmaceuticals is gaining renewed interest from Big Pharma, as well as creating new startups. The approval of Epidiolex for ages 2 years and up made it clear that there is a movement away from medical- and adult-use marijuana on a state-by-state basis to FDA-regulated therapeutics. With 10 years’ personal experience in the field and a highly experienced management and scientific team, Wasyl is arguably a pioneer of the fledgling industry. His approach is highly strategic given that there are still a lot of unknowns in the cannabinoid pharmaceutical industry. Wasyl led the acquisition of CRx Bio by Nexien Biopharma, chooses to operate Nexien as a capital-lean virtual company, and is careful not to repeat common industry mistakes. That’s why, among its two current flagship programs for 2019 and 2020, Nexien has focused on indications, particularly with respect to epilepsy, that have a large body of published research. And it’s why Wasyl has a keen interest in strategic future partnerships.

With respect to candidate therapeutics, Wasyl and his small team (the company has five full-time employees and a scientific team of three) also have chosen not to “reinvent the wheel” and steer clear of THC, the psychoactive component in marijuana. In the past, Big Pharma shelved many cannabinoid-based projects due to both scientific and regulatory concerns. There were several unsuccessful attempts looking at synthetic analogs of cannabinoids, mainly because the side effect profiles of those analogs were not very favorable. “Going back to Marinol and its limited therapeutic index, it had too many psychologically impairing complications,” Wasyl explains. GW’s success with its oral mucosal liquid formulation demonstrated a scientifically sound way of moving forward. The company uses a 98 percent pre-plant extract for deriving cannabidiol. It also modeled a regulatory path forward. “A lot of Big Pharma companies were on the sidelines because they were unsure how cannabinoid therapeutics would be regulated by the FDA, and even whether it was going to be taken seriously by the FDA as a therapeutic class of compounds. Now, that fear is falling away because they have seen success in that area. And that’s the opportunity we see from a timing perspective.” 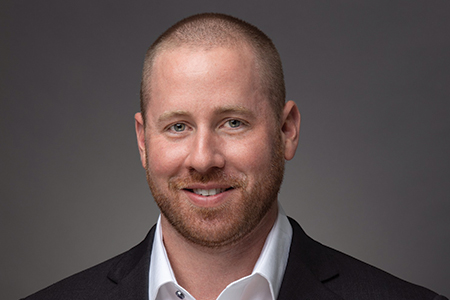 "A lot of Big Pharma companies were on the sidelines because they were unsure how cannabinoid therapeutics would be regulated by the FDA."

Wasyl and his team chose to try to improve on Epidiolex, which can take two to three months to offer significant relief to patients. “We decided that there must be a way to develop a sort of rescue treatment, an intervention that can treat the indication much more rapidly.” Nexien’s cannabinoid candidate drugs are based on the research available to support these compounds and their efficacy for epilepsy, particularly refractory epilepsy. “We know it works. We’re just improving the route of delivery, bioavailability, and the pharmacokinetics several-fold.” The new technology applies to the epilepsy candidate, as well as other indications that Nexien has filed provisional patents for.

Timing has played a big role in the evolution of Nexien BioPharma and Wasyl’s path to becoming its CEO. Ten years ago, Wasyl started Elevated Life Sciences (ELS), a full-service product development company with a portfolio of client companies and wholly owned intellectual property, with expertise ranging from pharmaceuticals, biotechnology, medical foods, consumer products, and eco-friendly cleaning products. In 2017, CRx Bio was spun out of ELS as an autonomous entity, and it existed for about a year while developing its concept for cannabinoid therapeutics using parenteral delivery modalities. Now Nexien, with CRx as a wholly owned subsidiary, is partnering with academic investigators to conduct pre-clinical research on its parenteral drug formulations for refractory epilepsy. As CEO of CRx Bio, Wasyl planned on taking the company public at some point as a way to raise capital. Then, he was at a conference when he met a physician and cannabinoid research scientist who holds IP covering similar, but complementary, technology to that on which CRx Bio researchers were working. That researcher eventually licensed the technology to Nexien. Six months later, CRx Bio was acquired by Nexien BioPharma, and replaced its interim CEO with Wasyl. “The acquisition gave CRx more access to funding for its core studies and the ability to work on some of Nexien’s complimentary legacy drug development programs for additional indications,” Wasyl explains. Wasyl still owns and is managing director of ELS, but the company effectively runs itself, he says. He also plays limited roles in a number of ELS’ portfolio companies.

Just as Nexien chose to look at CRx Bio, Nexien will be looking at other partnerships. “There are companies investigating complementary technology that may be further ahead than we are in one way or another. That would be a strategic opportunity such that we could have an even more robust management team, scientific team, and patent portfolio.” Having more drug development and research programs running at the same time would help bring Nexien even further to the forefront of the cannabinoid pharmaceuticals space. Currently, it is not a space that Wasyl considers overly competitive in the sense that there are not a lot of players doing different things, so there are a lot of opportunities for strategic partnerships. “If we’re going to be acquired early, we’re certainly open to that. There is power in consolidation with respect to moving ahead in this therapeutic class.”