Disrupt Yourself Before Somebody Or Something Else Does 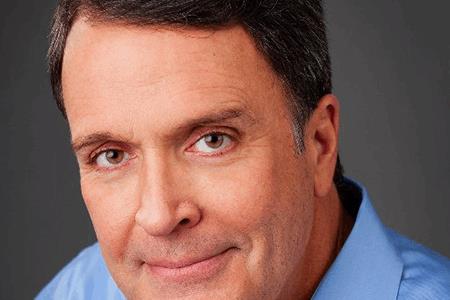 John, an exemplary employee, was promoted into a key management position. He wanted to address the team he would now be leading and gathered the group together in a training room. The new leader’s boss was part of the assembled group.

Thanks to an investment in some formal training and a willingness to prepare, the new manager was an effective communicator. He gave what he considered to be a powerful and successful presentation. The group dismissed and headed back to their respective jobs. The manager’s boss lingered behind. He was a stickler for excellence and had a reputation of being tough but fair.

“So what did you think?” John asked expectantly. The more experienced and wiser leader simply said, “I expected more.”

If you were John, what would you have done? John recalls, “I stayed in the room and got to work on improving the presentation I just gave.”

John had been unsettled by his boss’s response, but he didn’t simply let it bother him. He chose to disrupt himself and get better.

In my new book, The Potential Principle: A Proven System for Closing the Gap Between How Good You Are and How Good You Can Be, I advise to disrupt yourself before something or somebody else does.

DISRUPTION HAS BECOME PART OF OUR BUSINESS VOCABULARY
Business literature is littered with articles about, and use of the word, “disruption.” There are disruptive technologies, industries, companies, and sometimes even nations. Typically, the disrupters are the game changers, usually for the better and to their profit. Disruption isn’t about change writ small. It is about big, attention-grabbing, smack–you-upside-the-head change. It can be revolutionary, but one thing is certain: The disrupted are never the same.

THE BENEFITS OF SELF-DISRUPTION
Rather than waiting to be disrupted by outside forces, what happens when you choose to disrupt yourself? Self-disruption can benefit us greatly. It can keep us moving forward and improving. It can prevent complacency and assure growth. But to benefit from it the most, we need to choose it rather than have it thrust upon us.

I doubt you started the day hoping to be disrupted. Most people don’t. Despite its many benefits, disruption is unsettling at best and unpleasant at worst. That is especially the case when someone or somebody else disrupts us. 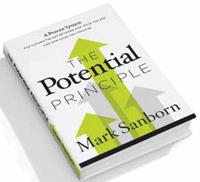 Most people and companies wait for disruption to change them. They respond and call it change management. In reality, they have no other recourse. They are simply taking the change forced upon them and adapting or even tweaking it for survival. And you can’t count on returning to your former level of success once you have been disrupted from outside.

Think about someone on your team who has become complacent. What is your responsibility as a leader? Likely you need to disrupt them and their nonproductive routine. To allow something to continue is to inadvertently condone it. Too often leaders are unwilling to disrupt others, not because of the discomfort it will cause that person, but because of the discomfort it causes them as a leader.

As a leader, you need to regularly ask yourself, “Who or what needs disrupted?”