Chronic pressure is a way of life for those starting pharmaceutical companies. It’s a life filled with rounds of funding, investor demands, performance deadlines, and possible compound failures. But what if the technology owned by a startup drug discovery company was suddenly in demand by some of the world’s largest food and beverage corporations? What if that opportunity gives you the flexibility and time to conduct your research on your own timetable?

That’s what happened to the founders of North Brunswick, NJ-based Chromocell 15 years ago. Approached by the likes of Coca- Cola and Nestlé, the Chromocell founders decided to take advantage of the opportunity and enter the flavors business. That meant taking a unique, slowand- steady approach to building their drug discovery company — one that has now paid off.

Chromocell, which has never raised money from outside investors, has entered into its first partnership with a Big Pharma company and, with that company, has begun its first clinical trials for a non-opioid therapeutic for pain. “We stayed true to our roots and continued to allocate some of our resources to developing early-stage therapeutics programs,” says cofounder Christian Kopfli. The dual, or parallel, business strategy has worked in the company’s favor largely because the flavors business is more stable and lower-risk than drug discovery. “In our case, the two really balance each other out. The income from flavors has given us a buffer and a resilience in challenging economic times,” Kopfli says. For the first decade, the company focused on flavors. “The pendulum has now swung somewhat in the other direction. We’re now about 50-50 in terms of resources devoted to flavors and therapeutics.”

Today, Chromocell’s flavor division, called FlavorHealth, is focused on commercialization and building a viable business-to-business operation. On the therapeutics side, the company’s first lead compound, CC8464, is in Phase 1 clinical trials in collaboration with Astellas Pharma Inc. In September 2015, the company announced it had entered into a license and collaboration agreement for the development and commercialization of CC8464 with Japan-based Astellas. In October 2016, it announced the FDA had granted fast track designation to the development program. CC8464 is being developed for the management of neuropathic pain associated with idiopathic small fiber neuropathy and other peripheral neuropathic pain. In addition to CC8464, which belongs to a new class of nonaddictive analgesics, Chromocell has drug discovery programs in other chronic and acute pain states and orphan diseases. 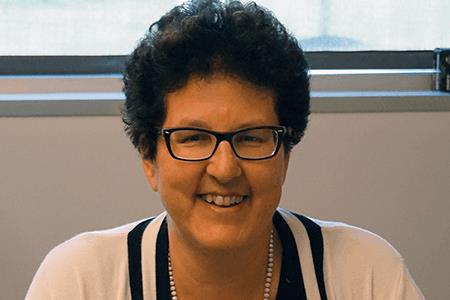 "Unlike many biotech companies that are virtual, we do 90 percent of our work internally."

Chromovert, the company’s high-throughput screening technology, was invented by Kambiz Shekdar while at The Rockefeller University. The technology allows millions of cells to be screened in the same amount of time it takes other systems to screen hundreds and thus allows Chromocell to create the best cellular models. Shekdar, who cofounded Chromocell, was the chief scientific officer of the company for more than a decade. He is now focusing on applying the technology to cell therapy.

Kopfli, who met Shekdar and became fascinated by the technology, is a lawyer by training with previous experience with VC firms and IPOs. As Chromocell’s CEO, Kopfli says lacking a scientific background actually has its advantages. “I am not tempted to micromanage the science.” Instead, Kopfli lets the research experts do their jobs. “I really focus my efforts on the big picture, working to influence strategy in terms of short-, mid-, and long-term goals.”

GROWING IN TANDEM
Having a CEO focused on the big picture seems all the more important when a business is essentially two businesses in one. The unique environment that creates has its benefits, as well as its challenges. Financing the company through collaborations not only means fewer sleepless nights for those who might otherwise be in charge of raising funds, but a steady pace to the science that is unusual in most pharmaceutical startups. “We have projects that simmer, and they bloom when there are opportunities and resources,” says Tina Garyantes, Ph.D., Chromocell’s vice president of therapeutics. Garyantes also says the years spent focusing on the flavors side allowed researchers to refine the company’s technology.

Garyantes, who has been in charge of drug discovery and preclinical development for four years, says the company’s structure also has allowed for an efficient use of resources. “Unlike many biotech companies that are virtual, we do 90 percent of our work internally.” That’s because while some employees are dedicated to either the flavors or the therapeutics side, many overlap as needed. “Often people have an extra hour in their day to contribute to a project on the other side, and that has made us very efficient.” The therapeutics team was able to leverage resources on the flavor side and vice versa. “That made all the difference in our being able to partner with Astellas and get fast track approval from the FDA.” In turn, the partnership with Astellas has allowed researchers to advance the rest of the company’s therapeutic portfolio.

If there is a downside to the duality of the company, Garyantes says, it’s that there are different expectations on the two sides. “Almost everything on the flavors side is expected to be natural. That’s not the same on the therapeutics side. We have to reiterate that we are focused on what is viewed favorably by our potential customers.” Despite these differences, she says, employees on each side of the business are quite similar. Food chemists, medical doctors, and pharmacologists have all managed to work well together in a company that is growing in two different directions. 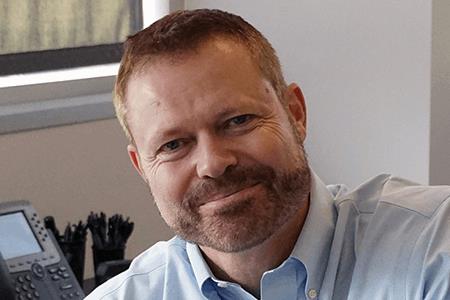 "Until now, we did not have to do any financing, which gave us the flexibility, longevity, and patience to do what we believe in."

As the therapeutics side of the company has grown, Kopfli says the question of whether the company will eventually split into two has come up. If it did, Chromocell would remain a drug discovery company, and FlavorHealth would become a sister company. But, Kopfli also says he believes in the old saying: “If it ain’t broke, don’t fix it.” Flavors is now pivoting to commercialization, while therapeutics is split between bringing candidate therapeutics into the clinic and building a drug discovery pipeline. For now, the company will continue to take advantage of its unique ability to be active in two fields.

Kopfli says founders of young startup companies should explore the possibility that their company’s technology might have applications in other fields. The traditional way of funding may not be the only avenue available. “Maybe you can create a business on the side or a parallel business that helps you grow. That might be something people should think about. Until now, we did not have to do any financing, which gave us the flexibility, longevity, and patience to do what we believe in.”