Do You Make Your Own Luck? 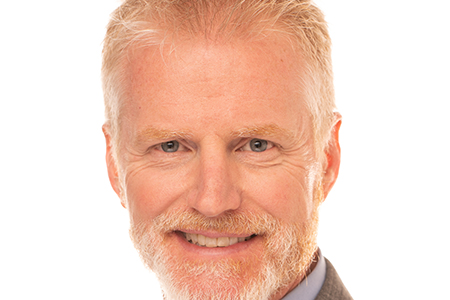 One of my time-management tools is multitasking, which takes the form of riding a recumbent exercise bike and reading a business best-practice book over lunch. Not long ago, I cracked The 10X Rule, by Grant Cardone. The gist of the book is that if you want to be successful at something, it requires 10 times the thoughts and 10 times the actions. In other words, success doesn’t just happen; it is the result of relentless, proper actions taken over time. Yet how many times do we hear people attribute someone’s success to being in the right place at the right time? It was on p. 18 where Cardone began addressing this notion of luck (i.e., the more actions you take the luckier you tend to be), when I found myself reflecting to when I was a district sales manager for Organon Pharmaceuticals. And as “luck” would have it, my team included some 10X talent.

It was roughly 15 years ago when I was managing district AF, or as we referred to ourselves, the Action Force. We were a cross-therapeutic district stretching from western New York, to upstate, and across the southern tier in New York. As a district manager, I typically conducted two-day ride-alongs with team members. During one of these “coaching sessions,” Faye Kuntar, an executive territory manager, was sharing some important news, having recently learned that NuvaRing (a prescription hormonal contraceptive) had been added to the formulary of one of the area’s major insurance plans. How did this happen?

"Success doesn’t just happen; it is the result of relentless, proper actions taken over time. Yet how many times do we hear people attribute someone’s success to, “being in the right place at the right time?”

Kuntar had grown weary of hearing physicians say, “I love NuvaRing, but it’s not on formulary, so I can’t prescribe it. You need to get it on formulary.” Rather than throw up her hands in defeat, she flipped the narrative. “If you love NuvaRing so much, why don’t you write a letter to the insurance companies advocating for why it should be added,” she challenged. And to those who said they would, Kuntar gave a deadline, and informed them that she’d be by on that date to pick up their letter and mail it on their behalf. She was telling me how she had collected the letters and was driving home with plans to mail them first thing the next morning. “I was almost home but then drove past the entrance to my subdivision and headed over to the post office,” she described. And then, she shared how significant this seemingly small decision turned out to be. Because the letters just happened to arrive (and were read) on the day of that all-important annual formulary meeting. She was hypothesizing what could have happened had she waited, and I remember her commenting, “Isn’t that lucky?” At the time I had been reading The Luck Factor, by Richard Wiseman. I remember, because when Kuntar tried crediting her success to luck, I told her about the book’s philosophy, arguing she made her own luck through hard work.

NuvaRing was soon added to three other major insurance plans in her territory, positively impacting the district, region, and nation. And as Kuntar was a national award winner before, during, and after her time on the Action Force, the only thing “lucky” was my having the opportunity to learn from someone who continues to make their own luck.