Does It Matter Where You Locate Your Biopharma Anymore? 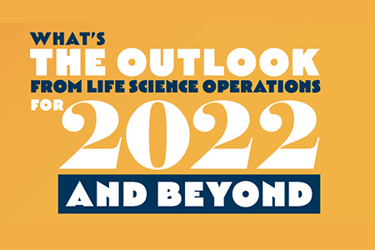 For years we’ve watched Boston and San Francisco vie for which city is the biopharmaceutical capital of the world. Not to be outdone, China has made significant investment toward achieving its biopharmaceutical aspirations, which don’t include being number two to the U.S. And then COVID-19 happened, and suddenly we came to realize that perhaps it didn’t matter where in the world you located that biopharmaceutical manufacturing facility or your company’s new corporate headquarters. In putting together this year’s annual outlook issue (published in December), we asked a cross section of biopharmaceutical executives if geography still matters. Here is some of what they had to say. Don’t miss out on all the other knowledge and wisdom provided by the more than 40 biopharmaceutical executives taking part in this year’s annual outlook by becoming a Life Science Leader subscriber today.

If Building A Biopharmaceutical Company From Scratch, Where Would You Want It To Be Geographically Headquartered?

Samantha Singer, president and CEO, Abata Therapeutics: Geographic location is still important, but, because of the pandemic, we have the capacity to think about it differently. At a pragmatic level, lab personnel require some sort of physical presence. When deciding about where that is, the place you want is where you can find a critical mass of the best talent. That hasn’t changed. On a cultural level, having a physical location where people come together may be more important now than ever. We’re social beings, and in-person human connections are essential; we’ve all acutely felt this over the past 18 months. In addition, as companies grow and change, the team evolves and new relationships must be built, and this is best done with some level of personal interaction. However, two significant trends could change the way we think about geography. First, the industry has evolved to include new modalities and technologies over the past decade, and certain types of expertise have become consolidated in regions of the country outside the more traditional biotech hubs. At the same time, our experience connecting teams at a distance has dramatically improved. The adoption of technologies to assist in making these connections and the willingness of companies and employees to adapt to new working models have accelerated over the past 18 months. The convergence of new talent hubs and new ways of working may lead to more biotechs adopting a multi-site model earlier in their development. For example, you might want a research site in Cambridge plus a manufacturing sciences site in Seattle to access deeper gene and cell therapy expertise. Almost all big companies use multiple sites, and smaller companies may now have the organizational capacity to do so, too.

What Region Or Biopharma Hubs Do You Anticipate Having The Biggest Impact On Biopharma Manufacturing Over The Next 3 To 5 Years?

Kim Raineri, chief manufacturing and technology officer, AVROBIO: Boston and San Francisco are the major top-tier hubs. The massive talent pools, especially in the Boston area, make these areas attractive options for biopharma manufacturing operations. It’s one of the reasons AVROBIO moved its operations from Toronto to Cambridge. Biopharma companies want to capitalize on talent, the knowledge base, and the infrastructure that the greater Boston area has to offer. There has been much activity in this region in just the past year, with companies establishing new facilities and a growing number of joint academic and industrial partnerships. There’s also a general recognition that this area provides real leadership in the biotech manufacturing space. As I look to the next three to five years, I don’t see that stopping. It just remains to be seen if the talent can keep up with demand.

The downside of these major hubs is the high cost of living and lab space. That’s why second-tier hubs are increasingly becoming attractive options. Areas like Philadelphia, Washington D.C., and Research Triangle, NC, are experiencing increased biotech growth. As companies look to establish their operations base, they must weigh the pros and cons around factors such as cost, talent, and university infrastructure.

How Do You See Reshoring Biopharmaceutical Manufacturing As Important Strategic Assets Playing Out Over The Next 3 To 5 Years?

Howard Bernstein, M.D., Ph.D., chief scientific officer, SQZ Biotech: For cell therapies, we will not only see a reshoring of U.S. manufacturing, but ex-U.S., we may see manufacturing on many more shores to be closer to patients. As context, there has been a rapid expansion of cell therapy R&D programs across industry. Today, for example, cell therapies constitute the largest number of agents in development in immuno-oncology. As these programs show clinical benefit and are approved by regulatory agencies, there will be a significant ripple effect in the way we think about manufacturing location. With cell therapies, manufacturing in a jurisdiction as close to the patient as possible makes the most sense, particularly for autologous cell therapies. The time from when the biospecimen or the cells are collected to the time the manufacturing starts in most cases should be minimized as much as possible to maximize product integrity and viability. Currently, much of the cell therapy process development work and manufacturing has taken place in the U.S. and continuing to do so has allowed companies to better control the quality of their products and to protect trade secrets and intellectual property. However, cell therapy manufacturing is a relatively young field compared to most other biologics, and new technologies developed over the next three to five years may allow for cell therapies to be developed much closer to the patients we serve around the world. Leslie Wolfe, Ph.D., head of chemistry, manufacturing & controls, Generation Bio: There will always be financial drivers for start-up businesses to seek the use of a CMO for early development and manufacturing, especially at GMP grade. In the past years, the number of CMOs has increased and likely will continue to grow. However, as a company achieves successes both in the development of its drug candidates as well as financially, investment in its own facility will be an attractive model. Moving your production through a CMO for initiation of clinical trials and into late phase followed by commercialization has a host of challenges, such as capacity, availability, on-time execution, and the risk of sharing your process know-how. On the other hand, investing in your own site comes with immense logistical and planning responsibilities, including increased staffing and financial burden. However, it is still very attractive to have that control over your own operations.

As an example, Generation Bio has decided to invest in its own manufacturing site, while also continuing to work with CMOs, as ultimately the ability to control the manufacturing operations has very strong advantages.