When is a supplier more than a supplier? When it goes beyond simply supplying a needed product or service and leads its clients toward a more innovative future. In the life sciences industry today, if you search for innovation, more often than not you find it on the so-called supplier side. 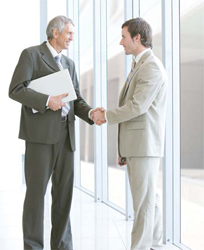 Regular readers of my articles and blogs will likely hear an echo of my previous piece on the issue of suppliers vs. partners. But here I am concerned instead with the positive role of vendors, whether or not they claim partnership status with their clients. Perhaps you have seen the cable series “Life After People”; imagine this industry without its suppliers. How innovative, in any respect, could it be?

A fellow writer for this magazine, Eric Langer, recently delivered a wealth of examples that illustrate my central theme, in “CMOs Leading The Way In Biopharma Innovation — No Herd Mentality,” (June 2013). Langer’s main point was that the bioprocessing suppliers he cited offer a wide diversity of new technological approaches, thus maximizing their innovative value. If not for their inventiveness, biopharma plants would still look and function pretty much like traditional breweries, perhaps with less charm. Similar CMO-led innovation is operating, though perhaps not as effectively, on the small-molecule side.

CMOs make good examples of innovation, but they cannot by themselves represent the entire universe of suppliers in this industry. Their closest reflection is the CROs, but in the precommercial space so many other, often tiny, suppliers and supplier types exist. For many of the smaller vendors, their entire purpose amounts to innovation — pushing clients to adopt entirely new technologies, methods, and even organizational structures. They offer leaps forward in critical areas such as predictive toxicology, clinical trial design, patient segmentation, and, yes, new production tools.

Renaissance Capital’s Linda Killian, in a conversation partly shared in my latest editor’s blog, commented on a company that deserves, but has not received, the kind of financial support currently going into “hot” sectors such as cancer and liver disease. Cellular Dynamics is developing a possible advancement in preclinical, in vitro testing using its human stem-cell technology. “The company is certainly not as sexy as the life sciences companies that are developing treatments, but it may be one of the companies that is developing tools that will allow better predictive ability for clinical trials,” she said. Though the “medical need” for better prediction of trial outcomes is significant, in this case lack of respect for a so-called supplier has apparently translated into a less-than-stellar IPO; as of press time, Cellular Dynamics’ stock price has remained nearly flat.

Where and when did this stratification of industry players begin? I mean “industry players” in the sense of what drug sponsors and their suppliers have in common: They are all enterprises contributing to the development of new medicines, diagnostics, and devices designed to treat and, if possible, cure every disease known to humans. Then what is the critical factor that distinguishes one from another?

Sales. That is the factor. If your company is selling goods or services to another, your company is the other’s supplier. You may be bigger or smaller, older or younger, more or less advanced in experience and technology, but the other company is your customer, and you must sell to it. Ask any salesperson, “Who holds the dominant position in such a conversation? Which one is always right?”

CHANGE THE VIEW, CHANGE THE GAME
I love to state the obvious, because it is precisely the obvious that people like to ignore. Here, again, is an echo of the supplier-partner dichotomy: Who handles your account on the other side — business development or procurement? At best, say when the procurement officer has enormous respect and consideration for you, your relative positions are unalterable inside such a structure. Only a miraculous conversion by the sponsor could change things. Face it.

But if suppliers sometimes chafe at the bit, effectively stifled from sharing — okay, selling — their best stuff while stuck in an obsequious posture toward clients, is it any better for the clients? The answer is clearly no; in fact, it may be worse. When the client is a drug sponsor, the lost-opportunity stakes are much higher. The supplier stands to lose some business, perhaps only in its most avant-garde wing, but the client could lose everything by forfeiting a critical advantage that might have made all the difference to its success or failure in development.

No company or supplier is likely to share the details of a lost opportunity, so I will attempt to elaborate on my point with some hypotheticals. Consider the case of “Hypothetical Pharma,” a drug sponsor, and Pretensin, a leading CMO. HP relies on Pretensin for both API and finished product for its novel drug in development, a potential blockbuster for neuralgia. Pretensin executives attempt to approach HP about a new technology for producing high-potency, ultra-pure formulations and bulk runs of compounds in the same class as the sponsor’s product.

It starts with its chief contact at Hypothetical — yes, the procurement officer (PO) — who, unlike many other POs I’m sure, thoughtlessly assumes the CMO just wants to expand its business by selling “accessories” to its main line. As a result, the connection short-circuits, either because Pretensin’s offer goes no further in HP or, when it does reach an executive who could make a decision, that person sees no reason to proceed. A year later, the drug washes out of clinical development because, at the purity and potency possible with existing technology, the sponsor fails to find a satisfactory dosage.

You could play out the same or a similar scenario substituting other suppliers and supplier types for the CMO; namely, drugdelivery, formulation, equipment, and so on. But the point in every case is simply this: The sponsor missed the boat because of an institutional bias. Like the “racially blind,” it did so without seeing its own prejudice or learning anything from it. Yes, this really is discrimination, folks, and not the kind practiced by wine tasters. It is destructive (of opportunity), and it is costly.

The only lasting difference you could make in all this, however, is not by changing the players but by changing their minds. We don’t treat doctors like servants just because they serve us. An alternate universe of opportunities could arise from a simple exchange of passive disinterest to active pursuit of innovative solutions developed by organizations outside the sponsor company, whether we call them contractors or partners or just late for dinner.

Suppliers are not second-class citizens. When they lead rather than follow, when they take steps forward not just give support, when they offer bold innovation instead of blind iteration to their clients, suppliers deserve a higher measure of credit. If not for them, this industry would feel little pressure for change from within, and its total reliance on R&D for innovation would wither because every other function it depends on — manufacturing, clinical research, preclinical testing, and more — would simply stand still, trapping industry in the past.