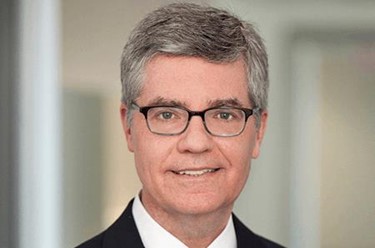 Although just a part of total healthcare costs, drug prices have certainly attracted a lot of comments from politicians and mentions in the press. If the issue was limited to being primarily a talking point exploited by politicians to generate populist support, it might be one thing; however, the politicians’ commentary is giving voice to a more significant concern among the public.

Nearly three-quarters of those answering a Kaiser Health Tracking poll responded that a priority of Congress and the new president should be to assure affordable prices of drugs for chronic diseases. This received a higher percentage of responses than other healthcare reform proposals.

This level of public concern can only be ignored by the industry at its peril. If the biopharma industry fails to effectively address the issue, solutions will be forced upon the industry by the government.

The election of Trump, rather than Clinton, and the defeat of California’s Prop. 61 to limit drug prices may have granted the pharma industry a temporary reprieve. This can be an important time to address the legitimate concerns through industry self-regulation. CEOs who are interested in their stock prices may want to take note of Ford Motors’ 4 percent stock rise the day that it announced scrapping its plans to invest $1.3 billion in a new plant in Mexico and instead invest $700 million in the U.S.—music to Trump’s ears. Of course, a day or two later, Ford’s CEO stated that the decision to cancel the Mexico plant was based on business conditions.

Fortunately, a few CEOs of large pharma companies are going on record about the imperative for industry action on drug pricing.

Significant ways that effective drugs generate value are through achieving lower hospitalization stays (which are costly to payors) and longer overall survival.

“I believe that we need a new perspective on drug pricing: as an industry, we must shift to a model that focuses on value and outcomes delivered, both to patients and to health systems,” said Joseph Jimenez, CEO at Novartis.

Another way that a drug’s value can be represented is with patient-reported outcomes.

When the biopharma industry acts on its own, it can preserve the most valued element of our system: the incentives to innovate—bringing new and improved treatments to benefit patients.

Competition is the most powerful price regulator. The FDA must maintain its primary responsibility of safeguarding patient safety. Therefore, what the FDA can do to foster competition can go a long way toward resolving the drug price issue.

Prices continue to decrease dramatically in information technology with innovation. By introducing some of that dynamic in drug pricing, it can benefit many constituent groups and force a “survival of the fittest” scenario among biopharma companies.

The objective of appropriate pricing should begin with a company’s costs for drug development and manufacturing. While observing the highest quality standards, some companies will challenge themselves to contain costs.

Challenges in the biopharma industry on pricing stem from the issues of transparency and choice. We have websites that enable us to shop for low prices on our vacations and business travel. The airline industry is regulated for customer safety; however, the healthcare industry is not characterized by that level of price transparency.

Although drug pricing is a serious issue, it appears that the entire industry is being tarred by a limited number of actors. For plans covering employees and their families, though, per person spending on prescription drugs increased just 3.8 percent, 26.9 percent less than the 5.2 percent increase in 2015, according to Express Scripts’ 2016 Drug Trend Report.

Whether such a dichotomy exists in the industry should receive additional study. If it’s established that this is the case, then this industry dynamic will need to be considered in developing effective solutions.

While the industry’s R&D success rate is low, R&D costs are high and R&D takes a long time; thus, the total development cost is high. This is a major factor behind high drug pricing, as companies seek to recoup their investments. If we can find a good model to reduce the cost of R&D and shorten the time, while maintaining high quality, then we can control costs.

Richard Brand, M.B.A., is the CFO of BeyondSpring Pharmaceuticals, a clinical stage biopharmaceutical company focused on the development of innovative cancer therapies, including a Phase 3 immuno-oncology compound and strong pipeline in collaboration with the Fred Hutchinson Cancer Research Center.