Drug Shortages: Why They Happen And How They Can Be Solved

Until the mid-2000s, prescription drug shortages were virtually unheard of in the U.S. However, they have been steadily rising since 2006 and are having a profound effect on the delivery of medical care and the regulatory approval of new medicines. “I had never heard of or personally experienced drug shortages until 2006,” said Robert Campbell, M.D., co-chair of a newly formed group called Physicians Against Drug Shortages. Likewise, Sean Adams, M.D., a private-practice anesthesiologist concerned about ongoing drug shortages and their effect on patient care, offered, “Until six or seven years ago, I had never heard of drug shortages; physicians were always able to get the drugs they needed to treat their patients.” Interestingly, a report from the University of Utah Drug Information Service showed that reported drug shortages grew from 70 in 2006 to 166 in 2009 and 210 in 2011. Many experts, including Campbell, expect the number of drug shortages to exceed 225 in 2013. 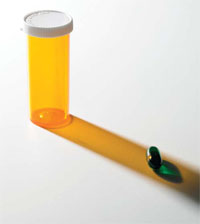 Not all drugs are in short supply in the U.S. Most of the affected drugs (almost 80 percent) are sterile, generic injectables used for general anesthesia and pain management or to treat infectious diseases and cancer. “Because of prolonged shortages, physicians are increasingly being forced to either delay or withhold treatment or substitute less effective drugs,” said Campbell. He added, “In addition to increasingly jeopardizing patient safety, this is contributing to rising rates of subpar patient care and poorer medical outcomes.”

Drug shortages are not only affecting patient care. In many cases, shortages have also had a negative impact on the progress and conduct of the human clinical trials required for new drug approvals. Oncology drug development has been the therapeutic area most affected by the shortages. This is because cancer, unlike other disease states, is typically treated with specific multidrug regimens with narrow therapeutic indexes. Consequently, a shortage of a single component of an approved treatment regimen can effectively eliminate its use as a comparator (control) treatment in clinical trials. “Shortages of specific generic chemotherapy agents continue to interfere with patient enrollment and oftentimes halt or delay the progress of oncology clinical trials,” said Ali McBride, PharmD., Department of Pharmacy at the University of Arizona Cancer Center.

In support of this, a survey conducted by the Hematology/Oncology Pharmacy Association for a 12-month period ending October 2011 revealed that drug shortages forced 44 percent of respondent institutions to either halt or delay patient enrollment in cancer clinical trials. The drugs frequently reported as being in short supply included fluorouracil, leucovorin, liposomal doxorubicin, and paclitaxel drugs commonly used to treat ovarian and breast cancers. “Unfortunately, while many people contend that drug shortages are beginning to abate, new drugs are regularly being added to drug shortage lists in the U.S.,” lamented Campbell.

Causes of Drug Shortages
The FDA attributes over half (54 percent) of all drug shortages to quality or manufacturing issues that force drug production facilities to either partially or permanently shut down. These issues have been most pronounced for sterile-injectable drugs (most of which are generics), which are more complicated to manufacture than nonsterile products and, consequently, more likely to experience quality or production problems. To that point, in 2012, it was estimated that nearly a third of the sterile manufacturing industry’s production capacity was not being utilized because of plant closings or temporary shutdowns to fix serious quality issues.

Another factor contributing to drug shortages is consolidation in the pharmaceutical and contract manufacturing industries. This has resulted in a dwindling number of manufacturing and suppliers for a growing number of drugs. At present, according to a 2012 FDA report, over 50 percent of drugs in short supply have three or fewer manufacturers. Moreover, Physicians Against Drug Shortages’ Campbell emphasized that only three manufacturers are responsible for producing 70 percent of the world’s sterile injectable products. Consequently, when one manufacturer has to shut down even temporarily, the remaining manufacturers are often unable to quickly ramp up production to meet global demand. Likewise, sometimes a scarcity of raw materials or other drug components like excipients can slow down drug manufacturing and cause shortages. These shortages can be devastating, especially when a primary or secondary raw-material supplier delays or discontinues production.

Also, financial challenges have forced many smaller drug manufacturers to scale back production or shut down entirely. According to a 2011 U.S. government report, at least 90 percent of the global supplies of certain drugs are produced by a single manufacturer. Not surprisingly, manufacturing problems at a single provider’s production facilities can have severe consequences on drug availability. This was the case in 2011 for the drug Doxil (liposomal doxorubicin) used to treat ovarian cancer, multiple myeloma, and the HIV-related Kaposi’s sarcoma. In this instance, Ben Venue Laboratories, the sole provider of Doxil worldwide, was forced to suspend manufacturing operations because of serious quality control problems. This resulted in massive global shortages of Doxil, which continue to persist today despite resumption of manufacturing at the Ben Venue facility. Interestingly, some industry insiders have accused the FDA of causing the shortages, saying that overzealous enforcement and poor communication have caused plants to slow production or close needlessly.

Others contend that many drug shortages are firmly rooted in business practices and decisions made by the companies that manufacture them. Some of the factors that may influence these decisions include profits, intensity of generic competition, market share considerations, manufacturing costs, anticipated clinical demand, regulatory compliance requirements, and costs associated with correcting manufacturing problems or mergers. In addition, economic pressures are forcing many manufacturers to routinely maintain lower drug inventories (no surpluses) or to even consider removing lower-margin drugs from the market.

Finally, some insiders like Campbell and Adams believe that most drug shortages can be ascribed to fundamentally flawed business practices of the so-called “drug middlemen” — wholesalers or distributors, prime vendors, healthcare systems, and group-purchasing organizations (GPOs) — that dominant operation of the global drug supply chain. For example, most of these organizations have embraced the “just in time” business model championed by the automotive and semiconductor industries in the 1990s to reduce inventory costs and optimize cash flow. Critics contend that, while this business model may help to cut overhead costs and maximize profits, there are no drug surpluses that can be tapped when drugs are in high demand and short supply. Others believe that questionable business practices like drug stockpiling (in advance of price increases), delivery delays, preferential selling practices/quotas, contract disputes, and hoarding based on rumors of impending shortages are responsible for the increased frequency of drug shortages.

The Government Offers Some Solutions
Growing health concerns about chronic U.S. drug shortages prompted President Obama in October 2011 to issue an executive order that required the FDA to take more action to help alleviate shortages. Recommended actions included more comprehensive surveillance and reporting, expediting regulatory reviews of manufacturing changes and new manufacturing sites, and monitoring the behavior of manufacturers and distributors to prevent stockpiling or price gouging of scarce prescription medicines. In a separate letter to drugmakers, Obama reminded them of their legal and ethical responsibilities and urged them to work more effectively to share information in advance of a possible shortage.

Spurred by the executive order, Congress enacted legislation in the summer of 2012 that increased the FDA’s authority to avert drug shortages by requiring drugmakers to report drug discontinuations and supply interruptions, improve coordination between federal agencies, and speed the approval of generic drugs. It is important to note, however, that the FDA cannot require a company to produce a drug, nor does the agency have authority over business decisions related to availability or prices set by manufacturers. Moreover, the FDA has no jurisdiction over shortages that occur because of contractual problems among manufacturers, distributors, or end users. Consequently, it is not clear how much the new legislation will help to curb the frequency of future drug shortages.

Although many believe that the FDA’s expanded powers will better help to manage drug shortages, others like Terry Walsh, head of comparator networks at TransCelerate Biopharma (a consortium of 17 pharmaceutical companies), think that industry initiatives such as the Clinical Trials Comparator Network created by TransCelerate will also be vitally important. According to Walsh, the network was created because of the unpredictability and difficulty in sourcing many comparator and cotherapy drugs (especially in oncology, pain management, rare disease products, and anti-inflammatory monoclonal antibodies) that can delay or halt the progress of clinical trials. He believes that the Clinical Trials Comparator Network will help to overcome sourcing problems and allow its members to readily obtain comparator drugs directly from one another when they need them, in appropriate quantities, and with proper documentation. “This will help to prevent delays and expedite new drug approvals,” said Walsh.

Another solution to reducing drug shortage—mainly advocated by Physicians Against Drug Shortages and its members—involves legislative action and reforms that curb the financial power and limits the purchasing power of GPOs. Recently, six senior congressmen called on the U.S. Government Accounting Office (GAO) to investigate whether business and contract practices by GPOs are contributing factors to drug shortages.