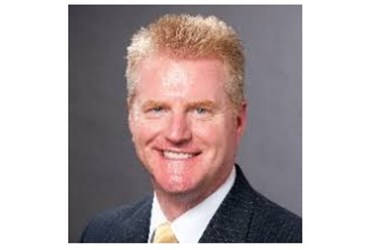 The other day, I had the opportunity to speak with Jeannie Kahwajy, Ph.D., president of Effective Interactions. Kahwajy teaches around the world and was recently invited by Secretary of State, Hillary Clinton, to speak to 160 ambassadors on communication. During our conversation, she explained to me some of her theories on communication. To get me thinking, she shared with me a quote she recently read which encapsulates her beliefs in two short sentences. “The meaning of life is not what happens to people. The meaning is what happens between people.”

The Interactive Space
The “what happens between people” is what Kahwajy refers to as the interactive space of communication. For example, she asked me if I have ever experienced talking with someone and walking away thinking, “Wow, I didn’t even know I knew this much stuff?” She then asked the converse — having a conversation with someone else, perhaps within minutes of each other, on the very same subject and feeling — “Wow, I can’t seem to put together a sentence.” I have to admit that I have experienced both. Kahwajy describes this experience as “showing up differently.” Why does it happen? You are the same person, so why would the communication be different. According to Kahwajy, “There’s something going on that’s very powerful and overlooked in the interaction between people. If you look deeply,” she continues, “what you can learn or see is that other people pull out your greatness and you pull out their greatness. It’s a skill. It’s this force of receiving that elicits their greatness, and that’s really the mechanism.” Kahwajy travels the world teaching executives this skill of tapping into the gravity that exists between people. This gravity has always been there, but most people have never understood how it works, and thus, have never been able to consistently engage with it in a profitable way. So what is this skill?

Receptiveness = Playing Catch
The focus of Kahwajy’s teaching is to help people understand and learn, at a very fundamental level, the skill of receptiveness. “It’s not just getting people to do stuff,” she says. “It’s getting them to want to do stuff, and to do even more than what you knew to ask them for. It changes the whole level of engagement.” I have sometimes chalked up poor communication interactions as a personality conflict or that sensation of — we just didn’t click. Other times, perhaps I wasn’t in the right mood, or my environmental surroundings weren’t conducive to good communication. According to Kahwajy, receptiveness is really about understanding how to click all the time — independent of any other issue, To help me fully understand receptiveness, Kahwajy used the following analogy, “Imagine we are playing catch,” she says. “If I’m throwing you a familiar ball, I can just throw it, and you do the work all by yourself to catch it. In this situation, you are already set up to catch what you expected. But catching what you already know isn’t necessarily very valuable as it doesn’t expand your knowledge or understanding or view — it doesn’t pull out my greatness or yours. So, what if I’m throwing you a more valuable ball, one you’ve never caught before, one that differs from your expectations, I have to set you up to be able to catch it first, or else it will be missed, and worse, its value unknowingly unrealized concomitant with my spirit unknowingly being killed.”

Kahwajy claims that at the root of most ineffective communication, missed learning, and interpersonal frustration is an inadvertent missed reception. The trick is to realize that the thrower has everything to do with setting up their targets to be ready to catch. This is the skill of receptiveness and Kahwajy uncovers its science and teaches the mechanisms of how we can learn this life skill (and importantly to distinguish between when we think we are being receptive when we inadvertently are not). The soul of leadership is getting everybody within the organization in a position to be able and willing to want to play catch This sets in motion, Kahwajy says, a sequence of actions that are sequentially value creating (and self-confidence increasing), and surprisingly so. Therefore, if you want to be an exceptional communicator, set people up to be better able to be receivers of information. In other words, set people up to play a game of catch with you, instead of a game of throw at you (and them). “This is all accomplished by our going first, by our achieving a ‘state of receptiveness’ ourselves: ready to catch especially what we don’t expect or ready to learn what we didn’t know we didn’t know.”