In the early 1980s, talking about the worldwide pharmaceutical market really meant the U.S., Japan, and Europe, which comprised the bulk of total sales, with the rest of the world (ROW) thrown in somewhat as an afterthought. Today, ROW is a term of the past, and with increasing speed, the concepts have changed from “developing” to “emerging” and now to “growth” markets, with China already today having become a major market, the number two global pharmaceutical market. 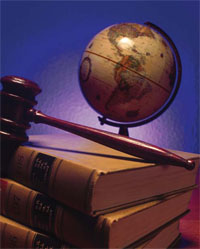 The Size, Significance of Asia and the Emerging Markets
Asia has a population of around 4.3 billion and is home to about 60 percent of the world’s population. China alone has a population of approximately 1.3 billion, which is three- to fourfold bigger than Europe or the U.S. Adding in the other developing markets, such as those in Latin America, this makes for a huge potential market for the pharmaceutical industry, and one important not to miss.

It’s more than just taking advantage of a growing market, however, as Joseph Scheeren, senior VP, head of global regulatory affairs and site head of global development Beijing at Bayer HealthCare, explains. “We started positioning ourselves in this market early on. While we are number 14 in the top- 20 list of pharmaceutical companies worldwide, we are number 4 in China. It’s not just about looking for growth, but also providing access to drugs for patients in these regions on humanitarian grounds, in line with our company mission, ‘Science for a better life.’”

The growth markets include Brazil, Russia, India, China, Mexico, South Korea, and Turkey, also known as the BRIC-MST countries. The environment is changing rapidly, however, and the focus is now on China, Brazil, and Russia.

“The GDP is rising in these countries, and generally, as the GDP increases, healthcare expenditure also increases,” says Scheeren. “For example, in China, the government is investing heavily in healthcare. It’s always important to keep an eye to the future for breakthrough areas, and the next markets to watch are likely to include Taiwan, Indonesia, the Philippines, and Vietnam — these regions combine a large population and a growing GDP.”

Creating And Aligning The Regulatory Strategy
Pharmaceutical companies such as Bayer have a global footprint and strive for simultaneous global launches at the earliest time, including in growing markets. Aligning the regulatory strategy across many countries saves time and money for drug developers, resulting in earlier access by patients.

“Once a drug reaches Phase 1, it’s a good idea to start discussions with global regulatory authorities so that you can begin to create the worldwide development program. The aim is to achieve a single global clinical plan that includes the major markets — the United States, Europe, Japan, and China. This global plan will face challenges from individual market environments and regulatory requirements that can lead to having a separate development for some countries. Once all data is available, and the regulatory dossier has been finalized, we try to submit it simultaneously globally,” says Scheeren.

He goes on to explain that creating this strategy is dependent on the different regulatory requirements in the markets. For example, simultaneous submission is usually not feasible in China, where a CPP (certificate of pharmaceutical product) and approval in one of the major markets are typically first required. The basic dossier for Europe and the United States, however, can be adapted to local requirements in the other markets, and the submission requirements overall are gradually harmonizing under the ICH (International Conference on Harmonization of Technical Requirements for Registration of Pharmaceuticals for Human Use) process.

“When the ICH process began, in the 1990s, harmonization started with Europe, the United States, and Japan. Many other countries have now followed suit, and the trend is toward global harmonization,” says Scheeren. “As a general rule in growth countries, the Latin American markets tend to be the most homogenous, but there is variation within Asia. While Australia tends to follow the global guidelines, South Korea, Vietnam, India, China, and Russia have their own special requirements, like the need for local patient data.”

In terms of the submission format, countries are beginning to move closer to the international submission template (eCTD — electronic common technical document). Similarly, the trend is toward more harmonization in legal frameworks among the countries. For example, China’s regulatory processes are evolving, creating a framework that is more closely aligned to the U.S. and European legislation, and in both South Korea and China, the regulatory agency has been raised to the ministry level.

Understanding the Challenge
Even as the guidelines are becoming better harmonized, some very specific local requirements are becoming significant enough to shape the entire worldwide strategy. These can be as simple as the need for translations, or as complex as the structure of the entire clinical trials.

“The reality is, emerging markets are more complex than they seem on the surface. There are thousands of local manufacturers and a staggering number of approved products, all controlled by relatively small regulatory agencies. China is a key example of this,” says Scheeren.

Some countries will require translations of the summary or the whole file, whereas others may accept abbreviated files if the product has been approved elsewhere. “For marketing authorization submissions, some countries require very specific local clinical trials. For example, China has minimum requirements of 100 pairs of patients in small molecule trials and 300 pairs in biologics. This is particularly challenging for companies developing drugs for small populations and orphan indications where the global development plan only intended enrollment of a few hundred patients,” says Scheeren. These differences can have a significant impact on time lines, thus incurring delays. For example, if separate trials are needed, this could slow registration by two to four years. The time taken for approval of individual steps in the process may also differ.

“The assessment period for clinical trial applications (CTAs) in China can be long, and may require the drug developer to conduct a national trial, making it a challenge to integrate it into a global clinical program,” says Scheeren. “Other emerging markets, such as South Korea, have faster time lines and therefore are easier to integrate.” 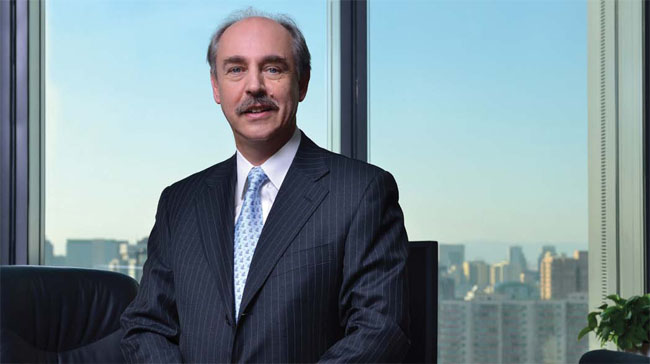 The challenges are not just logistical, though. It’s also important to remember that medical practices differ worldwide, and that some populations and ethnic groups may metabolize drugs differently. And it’s not over once the drug gets to market, either, as the ongoing regulatory requirements are growing globally. For example, if there is a change in labeling in the drug’s country of origin, this needs to be updated simultaneously in other countries.

Making It Work Practically
One of the most practical approaches for managing the different requirements for clinical trials is to work with local partners, and Bayer uses Covance as its preferred partner. The regulatory steps are retained in-house, at one of Bayer’s four international hubs (one in the U.S., one in China, and two in Germany).

“To get the best out of our partners, and to ensure that everyone is kept aligned, we work closely together, holding regular meetings to discuss issues and exchange best practices,” says Scheeren.

It’s important to know and trust manufacturing partners. This is particularly important, as there have been issues reported in India, China, and the other emerging countries.

“There is a new requirement from the EMA for exported products, requiring manufacturers to be certified. The standards for products being exported are quite high, and some local manufacturers are now receiving U.S. and European approval for import,” says Scheeren. “China established its first version of GMP in 2000, and implemented the second version in 2010, and the regulatory agencies are validating the manufacturers. Bayer was one of the first to be certified after the second version. The standards for products being exported are pretty good, and deviations tend to be minor.”

What Can We Learn From Emerging Markets? While the focus has been on what the emerging markets can learn from the West, there is also a lot that the West can learn from the emerging markets, as Scheeren explains. “China’s regulatory agency, though small, has achieved a lot. This boils down to a ‘can do’ attitude, good communication, excellent working relationships, and willingness to work with industry and other regulatory authorities such as the FDA and EMA.”

Looking To The Future
Moving forward, it will be vital for companies to include Asia and the developing markets in the global development plan, integrating them as much as possible. There have been a lot of changes bringing the requirements and strategies closer to those in Europe and the U.S., but more changes will need to be made to ensure that drugs continue to be developed and marketed with these markets in mind. The FDA has set up offices in many of the developing markets, working to improve overall standards. Benchmarking, collaboration, and cooperation will help to build on this standards effort through formal and informal workshops and meetings.

“It would be great to have China completely integrated into a global development plan for most new drugs, but that would need shorter CTAs and simultaneous submissions, not requiring prior U.S. or EU approval,” says Scheeren. “However, the trend clearly is in the right direction, and will increasingly lead to earlier access for patients and increased investment from industry.”