From Academia To Pharma CEO: Challenges And Lessons Learned 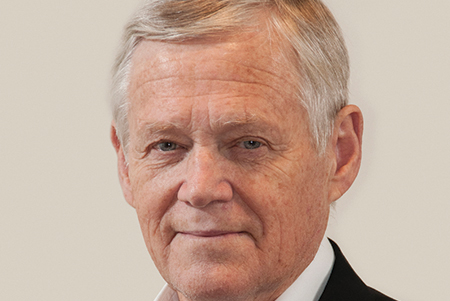 A growing number of researchers are transitioning from the traditional academic route to entrepreneurship. In doing so, these individuals often find themselves in unexpected leadership roles. Prior to Noxopharm, I spent a significant amount of time as a medical researcher at The University of Sydney and developed a scientific hypothesis that led me to enter the biotechnology industry and ultimately found several companies, serving as their CEO. I’m often asked about the lessons that I learned and the challenges I faced during my transition and how I have applied these to my later leadership roles. My experience includes highs and lows that I believe are applicable to many executives who are leaving their labs or research areas to pursue other industry roles, whether in finance or drug development and technology.

Looking back on my 25 years in academic medical research, I can’t think of a single learning experience that equipped me for the world of entrepreneurship, running a public company, or interacting with capital markets. If there was one aspect of academia that provided the catalyst I needed, it was that my future was in the hands of others, particularly in the highly competitive world of medical research funding, the lifeblood of an academic medical research career. I preferred to convince someone to give me money to research something for its ability to make a difference in the lives of a lot of people and impact public health rather than compete to generate five publications in high-impact journals.

The transition involved a very steep learning curve, but looking back, I believe three key characteristics helped me make that transition into a company leadership role: flexibility, humility, and passion. These characteristics, along with the lessons below, have helped me survive and prevail throughout my career.

TAKE ADVANTAGE OF YOUR INNER CIRCLE

It all started with a simple question posed to me by a neighbor at the time: “Well, tell me what you do.” So, I did. I told him about a theory about anti-cancer drug development and the trouble I was having getting funding to test the theory. It turns out that he was a stockbroker, and he asked me whether I was prepared to try and raise the funds publicly. Fortunately, I didn’t know what I was getting myself into, because I said yes. It was a huge gamble, because it meant giving up the security of university tenure and heading into the unknown before I knew whether we could raise the money. But with my neighbor’s help, and an understanding wife, within nine months we raised $7.5 million and listed the company. That was in 1994. The lesson? It was a simple exchange with someone already present in my inner circle who provided me with the resources to be able to start from the bottom to build a company. There is value in all of your contacts, and by simply sharing your ideas with those around you, you will find a great deal of knowledge and support where you may not have thought it existed. But above all, the most valuable person in your inner circle is your partner, because without that support and willingness to risk all, you won’t get past first base.

The next challenge was telling the company’s story in a way that was engaging and riveting to new audiences. It didn’t take me long to realize that people were willing to listen and were very hungry for a humanized, relatable story. In fact, this was a key lesson for me: Personalize the story by bringing it down to a level that the listener can relate to. You want the story to resonate with listeners to the extent that they will repeat it to family and friends afterwards. Talk to, not at, the audience. They need to be engaged. And remember that this is a horse race – the investor is betting on both the horse and the jockey. The story has to stack up. But all the while the investor is summing you up – if you come across as arrogant, demeaning, unsure of your facts — the best story in the world will lose the audience.

"Looking back on my 25 years in academic medical research, I can’t think of a single learning experience that equipped me for the world of entrepreneurship, running a public company, or interacting with capital markets."

EMBRACE THE “WHAT DO I DO NOW” MOMENT

The first years can be extremely tumultuous. I definitely floundered, and it took a good two years before I was able to really get my head around my responsibilities to staff and shareholders. Few CEOs who emerge from academia come with a degree in accounting, a Financial Services License, a course in human resources, an MBA, and a diploma in “Being a Boardroom Director.” And yet these are exactly the qualifications you will need. I am willing to bet that the harsh reality of what is ahead faces every CEO on day one. Your focus up to that point has been on raising funds and maybe achieving a listing on a public exchange. Nothing prepares you for the practical realities of what you do with those funds when the successful IPO day finally arrives. Give yourself a couple of days to bask in the glory of it all, because a lot of hard work and willingness to learn shortly follow. Shareholders and investors are prepared to give you a honeymoon period, but that has its limits. One of the great mantras about successful CEOs is that they are the ones who know what they don’t know. Acknowledge your weaknesses, and make sure you surround yourself with people who plug those gaps. Don’t to be afraid to ask for help, and don’t fall into the trap of thinking that you are the expert in everything. And, very importantly, be sure to know when it is time to hand the CEO baton to someone else, a common failing among company founders who suffer from the “can’t let my baby go” syndrome.

This is probably one of the greatest challenges that comes with the overall transitioning process for someone with an academic background. It is the difference between doing science for the sake of science and doing it for a commercial purpose. The ability to recognize futility and the willingness to let go of pet projects have to be learned. Chasing a project doggedly is what you want in a chief scientific officer. CSOs have the luxury of not having to think about the big picture. That is not a luxury any CEO has, and learning that level of impartiality and objectivity has been something that has stood me in good stead in my corporate career.

PERSONAL RELATIONS ARE THE KEY TO SUCCESS

I have come to see the importance of personal relations in three main areas. The first is in decision making. Throughout this journey, I learned that I am not the font of all knowledge and that there are a lot of people a whole lot smarter than I am. I made a point of listening to those around me, particularly those with different and complementary skillsets, although ultimately, I was the one who had to distill all that advice and make the final call. The second area is in encouraging ideas, a particular need in drug development. I made a point of encouraging my scientists to take risks, to think creatively, and never to be afraid of coming to me with a whacky idea and never to be afraid of making a mistake. The third area, which should be tattooed on the chest of every CEO of a public company, is to be an open communicator with your investors. If they are prepared to give you their hard-earned money, then they are entitled to know what you are doing with it.

GRAHAM KELLY, PH.D. is managing director and CEO of Noxopharm. He has decades of academic research experience and has founded and publicly listed three drug development companies.