From The Military To The Medtech Battlefield: 6 Lessons In Leadership 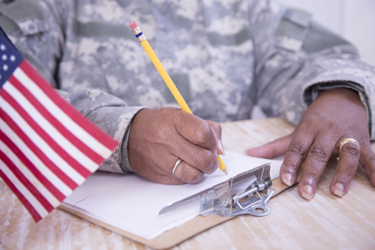 Since returning stateside from his time in the military as a U.S. Army Special Ops leader, Charles Fisher Jr., Ph.D., graduated from the College of Human Medicine at Michigan State University and, after various leadership roles at Cleveland Clinic, Eli Lilly & Co., and Abbott Laboratories, currently serves as CEO of Aethlon Medical, a leading developer of immunotherapeutic technologies to combat infectious disease and cancer. Its signature product, the Aethlon Hemopurifier, augments the body's natural immune defenses and eliminates life-threatening disease targets that are often shielded from the immune system and not well addressed by traditional drug therapies. Fisher is also executive VP of Cardium Research. Additionally, he is a member of the Defense Sciences Research Council (DSRC) and has served on several Defense Advanced Research Projects Agency (DARPA) panels.

In the course of our wide-ranging podcast conversation on Med Tech Gurus episode 95, Fisher shared six principles of leadership he learned from his military days that continue to serve him well today in healthcare and medtech. Let’s take a closer look.

Fisher was once approached by a man who’d developed a W-shaped metal piece and an alternate suit that absorbed a large degree of a blast; the outer layer collapsed while the inner layer withstood the immense pressure.

“What do you think of putting this in a Humvee?” the man asked.

Fisher explained that a Humvee has a flat bottom, which makes it very easy to penetrate. To offset that vulnerability, sandbags are often loaded on the floor as an added level of protection. His innovation wouldn’t work in this particular scenario because the sand would be trapped in the vehicle and that would make any blast-related wounds worse. They continued their chat.

“So, in a very simple half-hour presentation and dialogue over two days, a whole bunch of solutions came out of that,” Fisher said. Specifically, the Mine-Resistant Ambush Protection Vehicle [more commonly known as the V-Bottom] was developed. It deflects blasts from below, as well as featuring bulletproof windows and an armored crew capsule.

Discussion and collaboration found a void, and a very significant need was met. Occupants of the V-Bottom are now safer than ever before.

“I grew up in in a family that said, ‘There’s nothing a Fisher can’t do’,” Fisher told me. “So, the idea was: If you want something, go build it. And so that became a culture in my life and my sister’s life and we both have had spectacular careers.”

He also noted he’s had wonderful teachers along the way who inspired him to think nontraditionally as a route to innovation. “Don’t be stuck by what’s in-the-box,” he warns.

Fisher tells the story of a man (who would later become a physician and come to work for him) working in Africa building water systems in particularly arid areas where water is a hugely valuable commodity. He’d developed a sort of pump to make water access easier. The man asked if he could join Fisher in his ICU to discuss this pump and how it might have other applications in healthcare. The two decided to go to dinner, where the man pulled out a box and showed Fisher a tiny propeller that could be guided up a femoral artery to the aortic valve and suck blood out of a person with left ventricular heart failure. It could serve as an interim life-sustaining procedure until a heart transplant could be scheduled.

The adaptation of a water pump ultimately led to the development of what’s known as the Hemopump. These days, the man with the box is currently working on a completely implantable artificial heart with no moving parts.

Another example of the need-it/build-it spirit came in Afghanistan following a massive earthquake that knocked out most communication systems. The was still a need to communicate for community control on multiple channels, as well as for a channel for neighbors to communicate. One of Fisher’s military fellows also happened to be a professor of electronic communication at Stanford University, and he used his lunch hour to locate the closest Radio Shack, where he bought all the necessary parts to build a two-part communication system.

“If you want something, go build it.” Indeed.

​3. Great Leaders Allow Others To Be Innovative, Not Overmanaged.

While Fisher had always aspired to be a “war fighter,” he was promoted numerous times due to his unique skillset and ended up becoming a senior officer. Along the way, he gained a keener understanding of how people at varying levels learned. He also embraced the idea that others are most likely to create solutions in an environment in which there’s no one staring over their shoulder or telling them what to do.

He asked himself, “How do I help my thought processes work in a way that inspires other people to get their thought processes to work, as opposed to saying, ‘Here’s a set of facts. I memorized them and you should memorize them, too’? When you focus on the thought process, you’re giving that person a gift for life.”

To do this, he says you must:

“Once you create a culture that’s open, you have minds actively engaging and trying to help solve a problem,” said Fisher.

​4. Look Beyond The Task And Seek The Path.

Some call it “big-picture thinking.” Fisher says “seeking the path” enables and empowers someone to take a great idea or fruitful conversation, shape it, and let it evolve into something much, much bigger and more important than originally expected. Basically, this allows breakthrough thinking to become a blockbuster outcome.

To do this, he says, one must share information and data with others, not hoard it. Having said that, until a concept, idea, or item has been patented, share but be wary of jeopardizing your intellectual property. By sharing, he says, you also build strong, trusting bonds with others that can pay dividends in varying ways over the course of each person’s career.

5. Entrepreneurs Must Identify What They Have And What They Need To Get To Where They Want To Be.

Fisher advises entrepreneurs to follow a five-step process. Step 1 is to be honest when assessing your idea and your end goal. Nobody likes to hear “Your baby’s ugly,” but sometimes that’s the case. Don’t be so enamored with your creation that you’re blinded to the reality of whether it’s viable. And clearly identify your destination so you are better able to stay on course with your goals.

If your creation is indeed viable, your next step is to identify what and where challenges will arise in your journey to remarkable success. Anticipate obstacles rather than react to them. You’ll overcome challenges more easily when you anticipate.

The third step is to raise funds strategically. Fisher shared an example of how one innovation had created a buzz and suddenly “people got very interested in it and we actually had five separate banks bidding for our business all night long while we were going through that process. We also had an individual investor come in with a very large amount of money, who picked a dollar value that he wanted for his money, which was a little bit less than what we were currently getting. I decided that since we had brought in more than our goal, we should take that offer. I knew it would drop our share price a little bit, but we ended up with two years’ worth of cash. It’s just a matter of being strategic about how you think.”

He also speaks of the “golden thread” and the importance of being able to articulate your story in a manner that makes the complex easier to understand. “The golden thread is 6” to 8” long and it’s going to have pieces everyone can see and understand how they all flow together.” Doing this helps investors and financiers understand the various stages of development and testing, allowing subsequent discussions about additional funding to be more likely to succeed because your backers understand where you are in the process and what the end goal is.

The sixth and final step is to answer the question: “Will my innovation make a difference?” For example, developing a Hemopump that keeps a person alive long enough to get a heart transplant is making a rather significant difference.

​​6. Be Methodical In Your Approach.

This means finding the best people and allowing them the freedom to leverage their thought processes and collaborate well. Also, leverage data sets to help build your story, then tell that story confidently to investors and others who stand to benefit from your creation. And along the way, regularly take time to be thoughtful and introspective; course-correct and refine your end goal, as necessary, as you move further down the path.

So, there you have it – great leadership lessons learned on the battlefield that can be applied in the medtech marketplace, too.

Tom Hickey is founder and host of the MedTech Gurus podcast. He also serves as senior VP, business development, at TTi Health Research & Economics. He develops innovative strategies and tactics and possesses a deep understanding of sales strategy and sales channels. With more than 35 years’ experience in the medical device industry and executive-level experience with manufacturers and group purchasing organizations, Hickey is skilled at assessing launches, start-ups, international distribution, technology, and market feasibility. He has successfully launched several products and hired, coached, and trained hundreds of independent and distributor sales team members. He can be reached at thickey@tti-research.com.