FDA user-fee programs will now apply to all the competing pharma sectors — and in many ways highlight the interests they share.

Some of my recent work has led me to think of the pharmaceutical industry in a new light — a light that shines broadly. As time goes by, I start to see as many similarities as differences among the industry sectors we commonly define as branded, generic, specialty, bio, and contract pharmaceuticals. 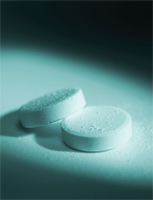 Or, at least, I see more common ground, either because my vision or, more likely, the field itself is expanding. A good example is GDUFA (Generic Drug User Fee Act). Of course it would be logical to think GDUFA is all about generics, but in fact its manufacturing implications for pharmaceuticals tend toward the universal. All of the pharma sectors, even bio indirectly, will feel its effects.

A short pause will ensue for all the cries of “Foul” surely to follow...

How could I possibly walk onto the battlefield and talk about common ground? Large companies that originally brought their patented products to market — once facilely called the brand name companies — are to generics makers what lions are to jackals, right? All those products going off patent, once firmly in the lion’s jaws, are about to be plucked and carried away by the scavengers biting at its heels. How could GDUFA, a program designed to speed the generics feeding frenzy, possibly serve the interests of the originator industry? And if GDUFA reaches its other goal of ensuring manufacturing quality for generics, what will Big Pharma do without its traditional argument that only brands can be trusted?

The Adverse Side Of GDUFA
First, I didn’t say the effects of the Act would be all good. To the extent that the originators fail to originate, the elimination of ANDA (abbreviated new drug application) backlogs could bring them some tough times. And there will also be pain for pharma when GDUFA inspections tag problems in facilities supplying API or even finished product for on-patent as well as off-patent drugs. On the generics side, there will be a consequent shake-out of manufacturers lacking the resources to comply with the law. But, believe it or not, there is some silver lining in the sub-clauses of this law.

Counterfeiting, drug shortages, uneven product and supplier quality, and postmarket safety issues are likely the main Big Pharma concerns GDUFA aims to address. By mandating the FDA’s first-ever registry of pharmaceutical manufacturing companies, establishing (by 2017) biannual inspections, and moving toward parity of domestic and foreign inspections, the law may flush out many of the manufacturers who not only produce faulty generics but also counterfeit brands or patent-infringing follow-ons. GDUFA will apply pressure to other plants, many of which supply both generics and brand name API or finished products around the world. It will also supply funding to increase FDA monitoring of post-market safety for generics, which will at least bring a measure of sobriety to the industry’s post-patent party.

Whether such measures will favor the large generics companies over the small is debatable, but certainly it will reduce the total number of players and erect new entry barriers. Off-patent brands continuing to compete against generics may thus hold on to somewhat greater market shares — or the innovator companies may find the idea of entering the generics business themselves more attractive. For generics companies and suppliers, the competitive dynamics will shift as they self-identify, pay their fees, and ready themselves for FDA inspections. And there is a wild card: Failure to pay fees on time can result in the loss of “first-to-file” status — a profound strategic and financial blow, to say the least.

Beyond fees, GDUFA will demand a certain amount of capital investment by manufacturers, its size determined by each one’s state of repair. The resulting effect on generic-drug pricing is anyone’s guess, but if the answer is significantly higher prices, several serious consequences will likely follow. A backlash to the law itself is one, considering its mission of “accessibility.” Another is at least a temporary advantage to the bigger players, including the aforementioned pharma companies entering the business they once decried. But, again, not all the consequences will be bad for either side.

GDUFA has long-term implications, good and bad, for biotech and biosimilar drugs as well. The Food and Drug Administration Safety and Innovation Act (FDASIA) of 2012 is the overarching legislation that authorizes user-fee programs for all pharma sectors, including the Bio-Similar User Fee Act (BsUFA) following close on GDUFA’s heels. No doubt the FDA will apply some of the lessons learned with GDUFA to the biosimilars program, and there will be numerous analogies between both programs’ effects on originator and follow-up manufacturers. Again, the larger CMOs may have the advantage of housing both small-molecule and large-molecule production and applying their experience to one side to the other.

It would be a mistake to assume too many similarities between GDUFA and BsUFA, however; for example, a vast difference in sheer numbers of reviewed products predicates disparate goal structures: “eliminating backlogs” for generics vs. annual review rates for biosimilars. In short, BsUFA seems more closely modeled on PDUFA, the branded pharmaceutical user-fee program, than on its generics equivalent. Still, the simple existence of user-fee programs now established or under construction for all the industry sectors gives them something significant in common and serves to underscore my central point.

From Commonalities To United Purpose
In my mountain-top dream of an industry common ground, I can imagine GDUFA as a great stimulator of technological progress for all companies doing business through the manufacturing of medicines. As in real life, however, the progress will be evolutionary — and, therefore, imperfect. It will take longer than planned, kick up a hive full of inconsistencies and unexpected problems, exalt some players and ruin others, and perhaps never get the credit it deserves. But GDUFA has the potential of breaking the status quo and raising the benchmark for pharma manufacturing technology as a whole.

Some interesting hybrids may result. For example, a large pharma or biotech company might team up with a specialty pharma or generics company to create an entirely original product with superior targeting, potency, and stability. Oh wait … that’s already happened, hasn’t it? Arguably, one example might be Genzyme and Isis codeveloping Kynamro (mipomersen) for familial hypercholesterolemia, though I invite readers to nominate other candidates. But here is a genuinely unrealized goal: companies from every sector coming together to take a great leap forward in drug efficacy and safety through advanced manufacturing and delivery techniques alone.

This industry, broadly including all life sciences companies and leaders, rarely sees itself as others see it. Patients and people in general hardly ever distinguish between the various sectors or concern themselves with the competitive struggle among them; instead, they look at the industry in the broadest strokes, illuminated by the light of its works. Either they trust you — or they don’t. That is the common ground.