Government Funding And Technology: The Right Ticket For Small Pharma

Small pharmaceutical and biotech companies often face difficulties raising money to fund their research, especially when they get to the point where they need to undergo lengthy and expensive Phase 3 trials. This is especially true when the company does not have a commercial product bringing revenue in the door. When costs begin to increase and cash is hard to come by, government grants and contracts can be one way to help fund research.

Soligenix is a late-stage biopharmaceutical company focused on rare diseases. The company has two main areas of focus. The first is a therapeutics segment dedicated to developing products for patients with orphan diseases and areas of unmet medical need. One product is in Phase 3 testing with another two expected to enter Phase 3 trials in 2017.

But the company also has a vaccines/biodefense segment that develops vaccines and therapeutics for military and civilian applications, primarily the areas of ricin exposure, gastrointestinal acute radiation syndrome, and emerging infectious diseases, such as melioidosis. “Our leading candidate in the vaccine program is RiVax, which has received orphan-drug designation from the FDA,” says Christopher Schaber, president and CEO of the company.

ASSISTANCE WITH RESEARCH FUNDING
Taking that many products through the development process can be expensive. Fortunately, research on the ricin vaccine has been funded by the NIH. The vaccine has been tested in a nonhuman primate (NHP) study and has demonstrated 100 percent protection or efficacy from ricin toxin. It was also used in two Phase 1 studies in healthy human volunteers, which demonstrated the safety of the antigen. “We think the funding will get us pretty close to a biologics licensing application (BLA) or new drug application (NDA) equivalent, by the end of the contract,” says Schaber. 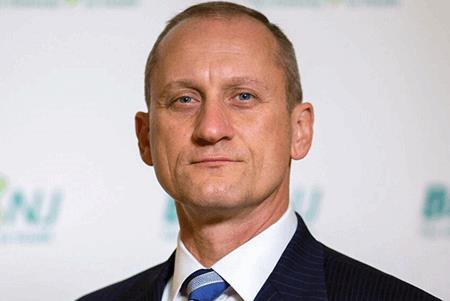 "We think the funding will get us pretty close to a biologics licensing application (BLA) or new drug application (NDA) equivalent."

You might think funding of this type would come from the DOD. But Schaber notes when it comes to development research for Soligenix, funding has come primarily through NIH and BARDA (Biomedical Advanced Research and Development Authority), which have a focus in biodefense. BARDA also provided funding for the Soligenix OrbeShield program, a therapeutic for GI Acute Radiation Syndrome, and Soligenix will be pursuing both the NIH and BARDA for additional funding.

Sources of funding for development of both medical countermeasures in biodefense and for other rare, unmet medical needs can come from a variety of sources. For instance, various divisions of the NIH are focused on different therapeutic areas, including significant funding for biodefense. BARDA is primarily focused on the development of medical countermeasures where the commercial market may not otherwise support the development of the required drugs and devices. Soligenix has been successful with a number of grant and contract applications to both NIAID (National Institute of Allergy and Infectious Diseases) and BARDA.

SPECIALTY PRODUCTS REQUIRE SPECIALTY CLINICAL EXPERTISE
Biodefense products, including vaccines and therapeutics, are generally developed via the FDA Animal Rule where typical clinical efficacy studies would not be ethical. Clinical trials for these products obviously do not expose humans to dangerous toxins. Therefore, the efficacy studies that would normally take place in humans must instead take place in animals. According to Schaber, those studies often may include two animal species, for example a mouse and an NHP. Ultimately the pivotal study will typically take place in an NHP.

As Soligenix does not have the capabilities to perform animal testing, it uses a preclinical CRO specializing in biodefense to conduct the research. The CRO is approved and cleared by the government to conduct these tests and to handle toxins such as anthrax and ricin. Soligenix must provide the development oversight and knowledge of its vaccine, which also includes vaccine manufacture and leading program activities and interactions with the government agencies.

VACCINES FUND THERAPIES
When funding comes from government contracts, sponsor companies, among other things, need to present a plan of action. Soligenix will create a development plan and corresponding budget detailing what it will accomplish over the term of the contract. That plan and budget are submitted for approval to the NIH or BARDA. Generally, the dollar amount is proposed by Soligenix and negotiated with the respective government agency. For the ricin vaccine RiVax program, the NIH contract could amount to as much as $24.7 million, with the actual figure contingent on development milestones being met. “That not only covers the activities of moving the program through development, it supports all of the indirect costs associated with the program, for example, the facility overhead fees, salary costs, and the management fee for the contract,” states Schaber. “The latter, which is also negotiated with the contracting government agency, can potentially range from 6 to 8 percent of the overall contract and is money the company can put into its biodefense program(s) or redirect to the areas where it is most needed.”

Oftentimes, Soligenix will direct a percentage of that money into the therapeutic side of the pipeline. Soligenix is a small business entity of approximately 20 employees, so those management fees have the potential to cover a good portion of the company’s related expenses.

Small companies working on treatments for cancer or other diseases will often struggle to maintain cash flow for projects, especially when there are no commercial products generating revenue. This is where the government support can be a big help. “In drug development, it seems you can never have enough money. Everything you do is very expensive, especially on the clinical side. But having some level of government support helps us manage that cash burn, and it has afforded us the opportunity to build out a robust product pipeline,” Schaber concludes.