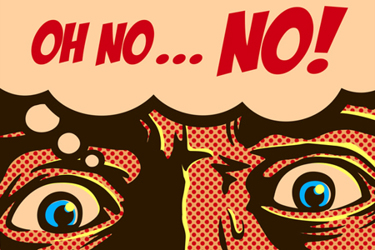 The rate of change in the pharmaceutical, biopharmaceutical, vaccine, and medical device industries is dizzying. Companies are constantly undergoing mergers and acquisitions, which presents significant challenges to establishing and maintaining effective quality management systems (QMSs). Some companies mistakenly assume that because they put together a master plan prior to the purchase, the elements of the integrated QMS — equipment, processes, automation, computer systems, information technology, etc. — will operate in the same fashion as they did before the merger.

This article is the first in a two-part series explaining how to successfully harmonize disparate quality systems when two companies combine. Here in Part 1, we will focus on what not to do when reconciling two quality systems, providing real-life examples — drawn from the author’s experiences — from each phase of QMS harmonization. Part 2, on the other hand, will share case studies in which companies get it right — bringing together parallel quality systems in a way that increases the probability of success.

If Company B’s employees or consultants do not follow – deliberately or inadvertently – the SOPs (standard operating procedures) and requirements pertaining to the execution of equipment and process validation protocols, including correctly writing the final report to capture all static and dynamic data, the probability of successful internal and external audits when regulatory agencies inspect the premises will be diminished. This could lead to warning letters and questions about the training program at Company A, as well as increasing the possibility of having to redo some or all of the previously executed protocols.

An example of this case follows:

Several employees from Company B were used to executing a different set of templates for the topic in question (e.g., installation/operational qualification [IOQ] protocol for bioreactor 123 and process validation of bioreactor 123) compared to the mandates from Company A, which encompass different protocol instructions and acceptance criteria, along with populating the results in a certain way within the “actual result column.”

However, the GDP (good documentation practice) SOP, the specified prerequisites, the sequence of operation for the bioreactor 123 IOQ  protocol, and the process/equipment validation protocol for bioreactor 123, as enforced by Company A, were now dependent on an extensive science- and risk-based assessment.

Consequently, a lot of instructions stipulated by Company A in the new protocol templates were different from those of Company B. This inevitably resulted in many validation engineers from Company B being confused or not following the current protocols from Company A as written. Instead, they were executing the protocols using an automatic or preconditioned approach and populating the new protocols (execution phase) in a fashion similar to what they did when they worked at Company B.

Despite the fact that many trainings were conducted by Company A in order to explain how to interpret and put together the risk assessments, with the intent of correlating the steps of the protocols, the employees from Company B showed resistance to change. They created unnecessary hurdles by not listening, showing lack of motivation to learn something new, and subsequently executing the protocols in a sloppy way, resulting in unnecessary deviations and the need to re-execute some steps or parts of some protocols, if not the entire protocol.

Company A introduced many information technology (IT) tools, such as cDLPM (current data lifecycle processing mapping), which uses processing workflows or pictorial drawings to delineate the key steps from the beginning to the end of the processes in question. Company B never used such tools but instead wrote IT or automation or computer system protocols based on previous history or preexisting templates that had not been updated in about 15 years.

For example, the cDLPM tool can be applied to laboratory equipment (e.g., NIR) when (1) receiving the sample in the lab, (2) analysis preparation, (3) executing analysis, (4) results, (5) reviewing applicable changes to critical data, (6) approval of data (QC/QA), and (7) archiving the data. Each of these major processing flows was then evaluated against the doctrines of 21 CFR Part 11 (does it capture and archive data, yes or no?), etc. The focus on the principles of 21 CFR Part 11 will then further enhance development of a concise process flow.

Despite the numerous repeated trainings by Company A of Company B’s employees, there was a lot of resistance to using this tool, which was necessary to generate the relevant protocol encompassing the required steps with emphasis on the concepts of 21 CFR Part 11 and alignment with Company A’s SOPs.

When new equipment or legacy equipment exists that needs to be qualified to be in alignment with Company A’s SOPs and validation life cycle documents, careful planning, coaching sessions, kickoff meetings, other meetings, and training sessions should take place prior to commencing any validation activities.

There was a case in which Company A simply rushed and demanded X amount of validation protocols to be executed and approved within X amount of time, while assuming that there would be no deviations during the execution of any of the protocols. As a result, when the FDA came to the site roughly nine months later, the company experienced a list of warning letters that could have been prevented. Therefore, most of the protocols executed from day one of the merger until nine months later needed to be re-executed, accompanied by a number of deviations.

When Company A bought Company B, the new computerized Kaye Validator software that just came out in 2017/18 needed to be validated. This required IOQ and performance qualification (PQ) of both the equipment portion of the Kaye Validator and the computerized portion through either two separate protocols or one large protocol encompassing both portions.

However, Company A did not want to use the wrapper or shrink-wrap approach since it wanted to customize the IOQ and PQ templates from scratch to better align it with the SDLC (software development life cycle) approach, SOPs, QMS, and quality paradigms of the company.

Despite an initial attempt to customize the IOQ and PQs, Company A and Company B had a hard time reaching a clear plan and a path forward, resulting in the computerized Kaye Validator not being validated at all for over a year. Many hours were spent meeting, performing dry runs, and writing and rewriting IOQs and PQs without any final preapproved/post-executed approved protocol. Instead, it could have been easily completed within a maximum of one month if better alignment and communications had existed between Company A and Company B.

QMS Harmonization Needs To Occur At The Beginning Of The Merger

With respect to what was discussed regarding computer system validation, there were inevitably two QMSs running in parallel, one from Company B and one from Company A. This resulted in the companies colliding with each other in terms of lacking team congruence, leading to little gain in momentum.

This misalignment, from not using or enforcing the QMS from Company A at the very beginning of the merger, led to continued procrastination toward the middle and end of the fully merged phase. The end result included higher than expected operational costs, more frequent training iterations that could have been avoided, and employees calling in sick at a higher rate than in previous years, etc.

Allan Marinelli acquired over 25 years of worldwide cGMP experience working in Belgium, France, South Korea, China, India, Canada, and the U.S. under FDA, EMA, SFDA, KFDA, WHO, and other regulations. Since 2011, he has been the president/CEO of Quality Validation 360 Incorporated, providing consultation services to the (bio)pharmaceutical, medical device (Class 3), and vaccine industries. Marinelli has published 44 peer-reviewed engineering/scientific manuscripts (Institute of Validation Technology), including book chapters on validation, risk analysis, environmental monitoring in PDA (Parenteral Drug Association) Books, and cleaning validation in PDA (Parenteral Drug Association) Books. He also published an article within Concordia University Magazine (Concordia University Alumni Association) in 2015 titled “Setting an Example.”. In addition, Marinelli has published peer-reviewed articles in Pharmaceutical Online, Bioprocess Online, and Outsourced Pharma online. He is an associate member of ASQ (American Society for Quality) and published an article in ASQ titled “Against the Grain, Standing your ground when senior majority rules” within the Quality in the First Person section of Quality Digest, Aug 2014. He may be contacted at amarinelli360@gmail.com and http://www.ivtnetwork.com/author/allan-marinelli