Have We Seen The End Of Competitive Advantage? 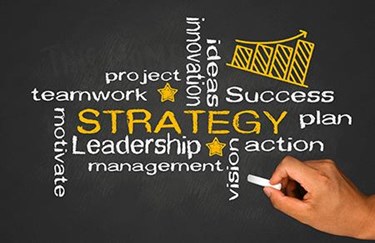 In 1985, Michael Porter, a professor at Harvard and one of the most influential business thinkers in the world, published “Competitive Advantage,” which became the definitive business school textbook on the subject. Within it he outlined the three primary means companies can achieve a sustainable competitive advantage:

And while the work of Michael Porter (i.e., five forces analysis) and other business strategies have been important ideas, Rita Gunther McGrath, Ph.D., a professor at Columbia Business School and one of the world’s leading experts on strategy, argues that using strategic frameworks built on achieving a sustainable competitive advantage are no longer applicable for most companies today. Instead, McGrath offers the idea of building strategy around transient competitive advantage. “Executives need to learn how to exploit short-lived opportunities with speed and decisiveness,” she writes in her book, The End of Competitive Advantage.

A two time Leadership Lessons contributor on innovation proficiency and competitive advantage, the Thinkers50 member was kind enough to send me a copy of her book, which I finally found time to read. While the author begins with a story of the growth of Fuji Photo Film Company, along with the decline of Kodak to make her point, it was her sharing of a rather personal story that truly captured my attention and provides incredible insight for leaders in biopharma.

Are You Listening To Those In The Know?

In 1979, a German-born research chemist, Wolfgang H. H. Gunther made a career decision to leave Xerox to join Kodak. Keep in mind, back in the late 1970s Kodak was an extremely dominant company. During the interview/courtship process he was asked for his vision of the future of technology. Responding to Kodak executive Tom Whiteley, then head of Kodak’s emulsion research division, Gunther transparently expressed that video cassette recording cameras and 8-mm movies were pretty much already obsolete. “I thought I had blown the interview because he [Whiteley] sort of freaked out and berated me for not understanding how well-entrenched the Kodak technology was,” Gunther stated to McGrath. Nonetheless, Kodak offered him the job, and Gunther went on to receive prestigious research awards and is listed as inventor on over 100 patents before retiring amidst Kodak’s attempted foray into the pharmaceutical business.

McGrath knows a great deal about this particular scientist and this company because Wolfgang Gunther happens to be her father. According to McGrath, it really bothered her how a company with a future that seemed so clearly visible lacked the will to do anything about it. “I asked Gunther recently why, when he saw the shifts coming so clearly, he did not battle harder to convince the company to take more forceful action,” she writes. Gunther looked at McGrath with some surprise and responded. “He asked me my opinion, I gave it to him. What he did beyond that point was up to him.” McGrath notes this response providing important insight for leaders regarding a key characteristic of scientists like Gunther. “They may see the future clearly, but are often not interested in or empowered to lead the charge for change.” Let this be a profound lesson for those entrusted with the strategic steering of their organizations. Because strategy making is typically carried out by a small group of people, often with very little input from the rest of the organization. But those technologists, scientists, and other employees capable of recognizing patterns (i.e., those who can see the changes coming) are the very opinions those in charge of strategic planning should seek.

How do you gather forward-looking insight as a leader at your organization? Are you picking enough of your employees’ brains, especially those who aren’t going to tell you what they think you want to hear? Further, how do you respond when receiving such straight talk? Do you listen to the message, or become critical of the messenger, thereby ensuring that person will be less likely to give you the straight scoop in the future? There is much more to Rita Gunther McGrath’s book, and if you are a leader or involved in strategy at your organization, I’d highly encourage a review. Because companies that want to be around for tomorrow need to begin thinking differently today — if it isn’t already too late.