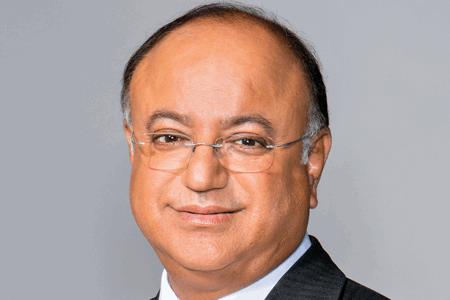 Healthcare has remained the staple, galvanizing issue through several election cycles. Too frequently, leaders promise much, but abdicate responsibility for efficiently delivering affordable healthcare to more people because they can’t garner political — not popular — support. They cave in to lobbyists who put commercial interests ahead of the needs of the people. Only twice over the last 100 years have more Americans gained access to care; once in 1965, when Medicare and Medicaid were established, and then in 2010, when 20 million additional Americans secured medical insurance under the Affordable Care Act.

Today in the U.S., healthcare is a 50 million-people issue; the 20 million who gained access to medical insurance under ACA and are now at risk of losing it, and 30 million people who are still not insured. Healthcare is the No. 1 priority for Americans: 24 percent of voters want the federal government to address the issue. That’s more than the next two most important issues of immigration (18 percent) and job creation (14 percent). At 18 percent of an $18 trillion GDP, America invests 1.5 times more on healthcare as a proportion of GDP and multiple times more money than the next-closest nation. This drains public exchequers and individuals’ wallets. Between 2006 and 2016, out-of-pocket expenses for healthcare grew 53.5 percent.

Everyone wants to feel secure, stay healthy, and be assured of access to affordable care when they need it. This is why people overwhelmingly want their administration and Congress to:

Familiarity precludes progress, and fear of the unknown on an issue so pivotal to physical, mental, and economic well-being raises barriers to anything other than incremental change. Against the backdrop of stagnant and low-wage increases, galloping healthcare costs that significantly outpace inflation, and the inability of Congress to pass bills that improve access to affordable care, the biggest concern people have is their ability to afford healthcare now and in the future.

Partisan political rhetoric and curated manipulative information from interest groups are emblematic of the problem; disinformation takes a toll. The talk of social medicine, death panels, and the like stokes fear, leaving people digging their heels in for the status quo, not always because they like it, but because they do not know or trust the alternative to be better. People fear:

Nothing is simple in healthcare. In fact, many people joke that to understand it and navigate it, you need a Ph.D. The following are some common questions:

HOW WE GOT HERE

Though challenges surrounding healthcare have persisted through most of the last century, they are exacerbated now by a polarized electorate and politicians’ personal electability concerns. History may not provide immediate solutions, but it informs us of how we got here and can help lay the foundation for a change we all need and deserve. You must understand where you have been in order to understand where you are going.

The 1930s and 1940s were defining periods for healthcare in the U.S. Until 1930, U.S. citizens, except a few, who worked in dangerous professions, paid for their own healthcare. In 1929, a few hospitals banded together in Texas to set up a Blue Cross Plan that provided hospital services for a fixed annual fee, and later, in 1939, some doctors in California set up Blue Shield Insurance to provide physician services. In the face of opposition from the AMA, FDR abandoned his plan to pursue universal healthcare in 1932 and focused on rebuilding an economy ravaged by the Great Depression. World War II was the impetus for the Sustainability Act of 1942, which led to wage and price controls with the goal of curbing post-war inflation. Private employers’ inabilities to raise wages also served to enlist more people in the war effort. Industry, unable to attract or retain workers via higher wages, waged war for talent by providing workers health benefits. The IRS exempted these health benefits from income and payroll taxes, thereby ushering in the era of employer-provided healthcare. This, of course, left out retirees and lower-income families. That gap was filled with Medicare and Medicaid in 1965.

Our meandering 100-year healthcare journey has been characterized by spectacular public and private research partnerships that have brought new drugs and public-health programs that have improved population health. Our route has not always been planned, and events such as World War II materially shaped its course. Universal healthcare remains an aspiration today. The patient access to the medicine journey has taken us from individual coverage to employer-provided plans to government-sponsored Medicare and Medicaid. Our deep-rooted desire not to disadvantage any citizen has often been thwarted by commercial interest. No other industry needs to answer the profound question that healthcare does: Should a profit motive drive superior patient access to medicine?

Diluting or diminishing coverage is not in the public interest. Bare-bone plans are neither solutions for patients and population health nor for private- and public-health insurance plans. Threshold coverage offered by any health plan must be commensurate with what federal employees and congressional delegates receive — a government of the people, elected by the people must provide services for the people minimally at par with what they themselves receive. There is deep-rooted public distrust of politicians and fear to completely overhaul our healthcare system. Coercion does not work absent a catalytical event. But a transparent “cooling period” for evaluating and transitioning to a more affordable system that delivers better outcomes needs to be initiated now.

Over the next five years, we must evaluate, score, report, and contrast the performance of employer- versus government- sponsored plans. The latter deal with older, lower- income, military, and veteran populations and must be allowed to negotiate better costs and better outcomes with industry. Private, for-profit plans — and for that matter, the pharma industry — must, in their own interest, determine and declare sustainable profit margin levels and install transparent-pricing practices. Otherwise, pricing- and profit-capping principles will be established for them, or through the evaluation period proposed here, the country will move closer to universal care, and dare I say, even a single-payer system.

SURESH KUMAR serves on the board of Jubilant Pharmaceuticals and Medocity. Formerly, he was U.S. Assistant Secretary of Commerce and executive VP at Sanofi.