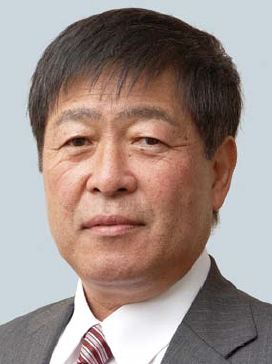 Over the past decade, U.S. pharmaceutical companies have expressed a steadily rising interest in partnering with pharma companies headquartered in Japan, now the second-largest pharmaceutical market in the world. That’s because virtually all of the major pharma companies are watching their revenues decrease because of weak pipelines, patent expiries, and the rise of generics. Japanese companies, which are experiencing these forces more severely than most, are now also more actively seeking alliances with partners in foreign countries.

In a January 2012 interview with The National Bureau of Asian Research, B.T. Slingby, who is the director of global partner solutions at Eisai, noted an “interesting trend” in Japan pharma at this time: proactive globalization, in which Japanese companies are actively examining how they can open up and expand into other markets. He added, “To move forward means ... new business models — organic growth. New business models have to be integrated, they have to be innovative, they have to look at volume instead of profit margin, they have to address the unique needs of the healthcare system as a whole, and they have to look at how patients in each country access healthcare and medicines.” Thus a golden opportunity seems to be apparent for U.S. pharma companies that are interested in partnerships.

Insights For Small/Midsize Pharma Companies
Considering that the bulk of headlines to date regarding partnerships between the U.S. and Japan have involved Big Pharma, executives at smaller-to-midsize pharma companies in the U.S. might be wondering about their own chances for success. If so, consider the following pieces of advice:

1. Fostering a sense of trust between your company and your prospective partner is by far the most crucial element in determining the overall success of the partnership — even more so than the exact financial details involved. Trust is the key to any long-term relationship, especially in one that involves shepherding a new drug through a successful marketing campaign.

2. If you do not already have one, set up a company representative in Japan who is tasked with evaluating compounds currently under development within the country.

3. Instead of focusing solely on drug development at the largest drug companies in Japan, it is important to play close attention to smaller companies, which are just as involved with the next wave of innovative drugs as are their larger counterparts.

4. If you choose to become a publicly traded company in Japan, be mindful of the differences in the way that the market operates in that country as compared to the U.S.

5. Consider attending the monthly meetings in Tokyo of the Japan Pharmaceutical Licensing Association, which addresses topics relevant to the industry.

It is tough to tell what the future will hold. However, competition within the pharma industry for new sources of revenue is slated to increase and may serve as a greater incentive for U.S./Japan partnerships among even smaller companies. A “snowball effect” might even occur as insights regarding such partnerships, and the challenges they present, become better defined and better known throughout the industry.

There are considerable rewards for U.S. pharma companies, both large and small, that wish to partner with pharma companies in Japan. Success, however, will depend on many factors, including a clear understanding of how the Japanese pharma industry operates, an ability to navigate the Japanese markets (if you opt to list your company on a Japanese exchange), and the ability to gain the long-term confidence of your new partners. The future belongs to the bold.