How An Executive's Health Challenges Can Make A Biotech Stronger 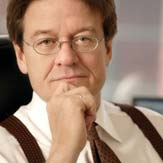 As the CEO of a biotech company since 1994, people often ask what has kept me focused throughout my 20-year (and counting) tenure. Aside from my firm belief in the value of the cancer treatments we are studying, there is another motivation: a personal experience with this terrible disease.

The year I assumed my current position at Oncolytics Biotech, my mother died of lung cancer. That was one year after I had an early-stage melanoma removed from my leg. As the chief executive of a company devoted to cutting-edge cancer treatment, these personal experiences have naturally strengthened my resolve to seek better solutions for patients. But they have done more than this: they have also given me the chance to think about the various ways an executive’s past or present health issues can positively mold a company.

I can attest that a firsthand experience with serious illness — either your own or that of a family member — can provide unique insight into the plight of a specific patient population. Experiencing my mother’s ordeal up close, and sharing with my family the anguish of being unable to find an adequate treatment for her, has allowed me to empathize more effectively with the cancer subjects enrolled in our clinical trials. I know how important it can be to seek a treatment that might extend a loved one’s life, for any amount of time. Objectively, that difference might not amount to much, but subjectively, every day spent with a loved one with a terminal illness is a triumph.

Full disclosure about your illness is vital, and I’ve been completely open about my own brush with melanoma. Doing so can have multiple benefits. Most obviously, investors and employees alike will respect you for your honesty. Just as important, if you have been lucky enough to make a full recovery, as I did, they will be reassured that you are actively taking care of your health — so that the company is in good hands today and is likely to continue to be securely managed in the upcoming months and years. A physically fit leader is better equipped to handle the rigorous demands placed upon them. By sharing your story, you might also inspire your employees to look after their own health better — with obvious benefits to the company’s health as a whole. Personal health absolutely influences professional performance.

"I can attest that a firsthand experience with serious illness — either your own or that of a family member — can provide unique insight into the plight of a specific patient population."

When Warren Buffett publicly announced his cancer diagnosis in April 2012, he did so with characteristic courage and class. Even so, he made a preemptive strike at controlling the message before news of his illness could manage to leak out and be sensationalized. And when Herb Kelleher, the former CEO of Southwest Airlines, chose to disclose his treatment for prostate cancer, he actually made quips about his illness and the fact that his staff would be disappointed that he wasn’t travelling more. Upon the “bombshell” announcement that he was sick, the company’s stock stayed steady.

PERSONAL EXPERIENCE WITH ILLNESS CAN BE HARNESSED TO PRODUCTIVE ENDS
Additionally, personal experience with serious illness can not only allow biotech executives to shape their own company positively, but also allow them to serve as thought leaders for the field as a whole. For example, Neil Fowler, CEO of the small biotech Liquidia, was diagnosed with a tonsil tumor and was successfully treated. He used this experience to publicly voice his support for the wider development of Gardasil, a human papilloma virus vaccine that some believe might prevent the form of cancer he had from ever developing.

A serious illness can even spur a biotech executive to discern shortcomings in the healthcare system and work to address those issues. Consider Myrtle Potter. She had already successfully served as president and COO at Genentech, president at Bristol-Meyers Squibb, and vice president at Merck, when one night in 2005 she began slipping into a coma at home. Rushed to the hospital, she ended up with a failing liver and lungs as well as total kidney failure. Toxins flooded her body, and she lost close to 30 pounds, more than half her hair and even some skin. She spent a year recovering from what turned out to be a severe allergic reaction to a medication.

Harnessing this experience, Potter started two companies to help deal with gaps in healthcare — Myrtle Potter & Co., a B2B healthcare company, and Myrtle Potter Media Inc., a company that helps consumers navigate the U.S. healthcare system. She has established herself as a healthcare expert through her online content and media appearances, providing patients with practical information from how to get the right insurance to how to have a dialogue with their doctors. Now, that’s turning a near-tragic outcome into a productive result.

Conversely, keeping your past health challenges a secret only runs the risk of having an intrepid reporter dig for the facts and spill the beans publicly — which won’t be good for your reputation or, potentially, your company’s bottom line. Even though Apple remained an industry leader through the period of illness and untimely death of Steve Jobs, the secrecy and obfuscation surrounding his cancer was criticized by numerous industry and media observers. Many ailing executives might be tempted to resist divulging a serious illness because they fear a loss of power, but current and potential investors have the right to know what’s going on.

A biotech executive’s personal experience with health issues isn’t always completely negative. Instead, they can harness these experiences to make a company stronger.