How BARDA Is Helping Speed Up Drug Development/Manufacture

An unusual federal government agency, the Biomedical Advanced Research and Development Authority (BARDA), is providing funding and technical expertise to more than 85 pharmaceutical and biotech companies and 25 academic organizations. 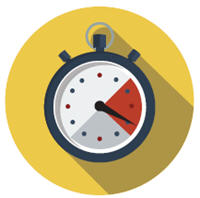 The goal is to accelerate the late-stage development and manufacture of vaccines, drugs, diagnostics, and medical devices that could prove vital to protecting public health during an anthrax outbreak, a bioterrorist nuclear event, pandemic H7N9 (avian flu) epidemic, or an emerging infectious disease that is antibiotic-resistant.

Since opening its offices at the U.S. Department of Health and Human Services (HHS) in 2007, BARDA has supported the development and the manufacture or purchase of more than 160 vaccines and therapeutics. BARDA refers to the products in its portfolio as medical countermeasures (MCMs).

The agency has supplied the federal government’s Strategic National Stockpile with more than 10 novel MCMs, including anthrax and botulinum antitoxins, which were licensed by the FDA under the Animal Efficacy Rule. In addition to MCMs for smallpox, anthrax, botulism, and pandemic influenza, BARDA’s portfolio includes vaccines and drugs for other viral hemorrhagic diseases such as Ebola and Marburg.

“Overall, the FDA has approved more than 20 BARDA-supported MCMs, mostly for pandemic influenza. Eight of these MCMs were approved by the FDA in the last three years,” explained Robin Robinson, Ph.D., director of BARDA and deputy assistant secretary for preparedness & response at HHS.

BARDA, with a 2014-2015 budget totaling more than $2 billion, helps underwrite the advanced development and production of therapies for injuries resulting from chemical, biological, radiological, and nuclear (CBRN) accidents and bioterrorist attacks. The design, development, manufacture, clinical testing, and stockpiling of pandemic H5N1 and H7N9 vaccines and a new class of broad-spectrum antimicrobial drugs against multidrugresistant “superbugs” also are supported by the agency. BARDA was created by the Pandemic and All-Hazards Preparedness Act of Congress in 2006 to help safeguard the U.S. population from deadly humanmade and naturally occurring threats that are not widely addressed by industry.

“Companies have little commercial incentive to invest in a therapeutic against a potential threat that we all hope will never happen,” said Moncef Slaoui, Ph.D., chairman of vaccines at GSK, which has developed and manufactured three FDA-approved products with BARDA’s support (Raxibacumab, a human monoclonal antibody for preventing and treating inhaled anthrax; the Q-Pan H5N1 influenza vaccine; and the antiviral drug Relenza). BARDA has provided similar assistance to GSK for the late-stage development and manufacture of the Ebola vaccine that the company developed with the NIH and that is now under evaluation in Phase 3 clinical trials in West Africa.

Dr. Slaoui pointed out that BARDA’s funding does much more than enable pharmaceutical and biotech companies to design and produce MCMs. The agency’s support allows companies to “maintain and sustain the scientific know-how and expertise that could be required one day to discover drugs for an emerging infectious disease,” he said. “Someday, we don’t know when, a bacterial infection that’s highly resistant to available antibiotics could emerge.” The resistant microbe could be a product of nature or a bioterrorist’s lab.

MCMs developed and manufactured with BARDA’s support are purchased by HHS for the national stockpile. BARDA does not prohibit partner companies from marketing MCMs outside the U.S., Dr. Robinson said. However, except for flu vaccines and antivirals, MCMs are not in great demand, he added.

DESIGNED TO ACT LIKE A PHARMA COMPANY
Because BARDA works primarily with industry, Dr. Robinson said that the agency was designed to act more like a pharmaceutical company than a government office. In fact, when explaining the agency’s approach to funding, he referred to making investments in companies, product portfolios, deliverables, and milestone payments — terminology more often associated with a VC firm executive, not a government official.

So that BARDA and its corporate partners can speak the same language, the agency’s senior positions are staffed with veterans of the FDA and the pharmaceutical and biotechnology industry. For example, Dr. Robinson was director of vaccines at Novavax, Inc. prior to joining HHS.

“BARDA is similar to a VC firm in that the agency invests in late-stage, highpotential programs and promising product candidates. However, BARDA does not take equity in the product,” said Adam Havey, executive VP and president, biodefense division, at Gaithersburg, MD-based Emergent BioSolutions, which developed and manufactures the BioThrax anthrax vaccine with funding from BARDA totaling $660 million.

Dr. Slaoui added that BARDA, unlike a VC, does not measure its ROI by financial returns but by its level of preparedness for a public health emergency. No other country’s government has an agency like BARDA, he said.

BARDA’s portfolio of MCMs targeting Ebola includes ZMapp, the experimental drug cocktail of three monoclonal antibodies that came to the world’s attention in August 2014 when several health workers in Liberia and the U.S. became infected with the deadly virus and were treated with the drug under the FDA’s compassionate use program. ZMapp’s monoclonal antibodies are produced in a time-consuming process in tobacco plants at Kentucky Bioprocessing. In September 2014, ZMapp’s developer, Mapp BioPharmaceutical, signed a multiyear contract with BARDA with a base value of $24.9 million to support latestage development and manufacturing of the drug cocktail. In early March 2015, clinical trials of ZMapp began in Liberia. If ZMapp proves safe and effective in clinical trials, hundreds of doses of the drug could be manufactured for wide distribution by the end of 2015.

In addition to providing funding, BARDA has helped Mapp BioPharmaceutical, headquartered in San Diego, improve its processes for purifying the monoclonal antibodies in the cocktail and arranging for Nanotherapeutics/Baxter, a member of the agency’s fill-finish manufacturing network, to deposit ZMapp into vials. The network is one of the BARDA’s core assistant services for the recipients of agency funding and technical support.

Mapp Biopharmaceutical President Larry Zeitlin, Ph.D., said, “BARDA has provided us with access to their manufacturing and regulatory subject matter experts and has been involved along with the NIH and FDA in the design of clinical trials,” he added. “BARDA has been an important and responsive partner.”

MAKING IT ACROSS THE FINISH LINE
Many of BARDA’s industry partners are small biotech companies like Mapp Biopharmaceutical that do not have extensive experience with clinical trials, regulatory submissions, and manufacturing and packaging. BARDA’s core assistance services are designed to help these small companies “make it across the finish line to FDA approval,” said Dr. Robinson.

“BARDA has an excellent track record at partnering with companies to develop drugs and bring them to licensure,” said Dr. Zeitlin.

In addition to its fill-finishing network of five CMOs, BARDA’s core services include a national network of 17 companies with expertise in lab animal studies, clinical studies network of five CROs, and three Centers for Innovation in Advanced Development and Manufacturing (CIADM).

CIADMs, the centerpiece core service, provide the U.S. with the “nimble and flexible” domestic infrastructure needed to manufacture MCMs under a tight deadline, said Dr. Robinson. By using 21st century technologies, he said, CIADMs can produce 50 million doses of a pandemic flu vaccine within four months of an outbreak. The centers also are required to manufacture vaccines or biologics for public health emergencies such as Ebola and provide workforce training and core services to support the development and production of CBRN MCMs. Each CIADM is a partnership between an academic institution and a pharmaceutical or biotechnology company.

GSK and Texas A&M University System are partners in the $131 million Texas CIADM vaccine manufacturing facility. BARDA’s funding for the facility totals $75 million. When completed, the Texas CIADM will provide GSK with its only U.S.-based facility for developing and manufacturing its pandemic and seasonal flu vaccines. Other current GSK projects with BARDA include developing cell culture-based influenza vaccines for seasonal and pandemic flu, H1N1 vaccine, as well as adjuvanted pandemic influenza vaccines against H7N1, H9N1, and H5N1 influenza. Production of broad-spectrum antibiotics against “superbugs” also is on GSK’s list of BARDA projects, which are supported by $700 million in agency funding.

Like GSK, Emergent BioSolutions has been a BARDA partner since 2007. BARDA funding enables Emergent to manage the agency’s CIADM in Maryland and manufacture millions of doses of BioThrax for the nation’s stockpile. When the company’s new Lansing, MI manufacturing facility is approved by the FDA, Emergent should be able to boost its annual BioThrax production to 20 to 25 million doses from the 7 to 9 million doses now being manufactured. BARDA also is funding Emergent’s evaluation of BioThrax’s effectiveness as a postexposure prophylaxis, as well as three new experimental anthrax products under development at the company.

TIPS FOR EFFECTIVE PARTNERSHIP
Dr. Slaoui of GSK and Havey of Emergent BioSolutions said that the ingredients of an effective partnership with BARDA are:

Havey added, “Typically, the U.S. government requests more than one round of technical and business questions and/ or proposal/application revisions prior to award. Companies must ensure that all required supporting documentation is ready for submission and must have an in-depth understanding of the technical and business terms of the contract or grant.”

As the H1NI flu pandemic of 2009, the H7N9 outbreak of 2013, and the Ebola epidemic of 2014 and 2015 have shown, cancer, cardiovascular diseases, diabetes, and Alzheimer’s disease are not the only health threats to the U.S. population.