How Has The Pandemic Impacted You — And Your People? 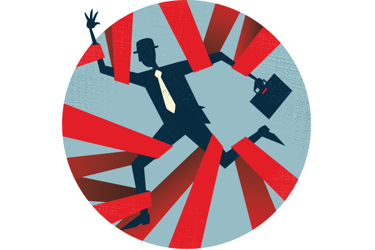 “What should I write about?”

That’s the question that nagged me as I sat staring at a blank word document. Not being the first time I’ve encountered this question, I did what I always do — seek inspiration elsewhere. But neither TED Talks nor reading the works of others seemed capable of getting me past this current case of writer’s block. And then I wondered, “Am I a casualty of COVID-19?”

Sometime prior to the pandemic, my employer enabled a new work schedule, as I had been finding it increasingly difficult to focus on writing in what I perceived to be a noisy office. This manifested into my working from home on Tuesdays and Wednesdays. Having back-to-back days dedicated just to writing (and the discipline not to check my cell phone or social media) certainly improved my focus — and productivity. Suddenly I was having no problem cranking out more content than ever before. Then came the first wave of lockdowns, and for me, nothing seems to have been the same since. Because no matter how interesting the executive interviewed, and no matter how interesting their story, writing morphed from an activity of exhilaration into an arduous slog. Can you relate? “Perhaps it’s just a life phase (i.e., the dreaded midlife crisis),” I thought. But I’ve talked to enough people to know that I’m not alone in how I’ve been feeling.

The COVID-19 pandemic and resulting economic recession has had a negative impact on the mental health of many. For example, in January 2021, the average share of U.S. adults reporting anxiety or depression had ballooned to 41.1% (a number more than one person has expressed as seeming surprisingly low). Prior, it was roughly 1 in 10. CNS experts anticipated this would happen, along with increases in suicide, substance abuse, domestic violence, mass shootings, and a whole host of other unhealthy human outlets. In other words, recent positive vaccine news might have many of us thinking we are about to turn the COVID-19 corner, but there’s no magic wand that will fix all the underlying behavioral health issues that have come about.

I share this decidedly negative news for two reasons. First, organizational leaders aren’t typically allowed bad days, or at least that’s how many approach their role. They put on a brave face that “all is fine” in the hopes it will keep the team’s spirits up. This is because vulnerability is often associated with weakness. But we know that roughly 4 out of 10 people under a leader’s charge are likely not doing fine. And that brave face could be interpreted as a leader being incapable of empathy, making it difficult for direct reports to confide that they may be struggling. Throughout the pandemic we’ve heard how many companies were able to capitalize on the crisis, some having their best years ever. But at what expense? If leaders really want to capitalize, they should be doing more to check in on employees. Don’t be afraid of being a little vulnerable, a little human, as odds are good that you and your team will likely come out stronger for it.

The other opportunity resides in CNS as a category. It reminds me of the story of two different shoe salespeople going to a developing country to assess it as a business opportunity. One salesperson telephoned the home office saying there was no business opportunity, because nobody wore shoes. The other called back excitedly stating, “This is a HUGE business opportunity! Nobody wears shoes!” In other words, if nearly half of all U.S. citizens are experiencing some level of anxiety, depression, burnout, PTSD … then odds are pretty good the same is happening in most other developed countries. In 2018, the antidepressant market was valued as $13.69 billion. Further, it was estimated that that market would reach $15.88 billion by 2025. But that forecast was created prior to COVID-19. Now, more than ever, there seems an enormous opportunity for companies capable of developing better and faster-acting CNS therapeutics to benefit patients, and in turn, their bottom lines. Because while we know SSRIs and various other generic CNS medications work, they don’t work for everyone. They also typically don’t work very fast, can cause weight gain, increases in suicidal ideation, and a whole host of other undesirable side effects. We’ve obviously gotten better at making therapeutics more quickly (while maintaining safety). So, let’s see if we can get better at making CNS treatments that have more of a rapid onset, and with fewer negative side effects. Success there will benefit billions of patients. And if we put the patient first, the profits will follow.