How NYC Is Building A World-Class Life Science Hub

A life sciences ecosystem is taking root in New York City that in 10 years’ time could vie with Boston and San Francisco as measured by the number of jobs and startups, funding resources, or high science ideas.

NYC’s existing assets are in many ways superior to other life sciences clusters: its research base of academic medical centers is larger than Boston’s, it is surrounded by Big Pharma and Big Biotech, it has access to capital from public and private sources, and it can draw from a deep pool of seasoned entrepreneurs and the largest bioscience workforce in the country. Moreover, it has approximately 100 disease foundations, with many having extensive experience in research and investment.

A statistical picture hints at New York’s recent growth: Life sciences job growth in Greater NY has been increasing at about 3.3%/year, outpacing San Francisco and Boston. New York is second to California in total active clinical trials, and tied with Massachusetts for second place in NIH basic research grants (2016).

New York’s life sciences ambitions have been stymied in the past by the absence of an early-stage VC population and the high cost and low availability of wetlab space. But there is evidence in the past two years that these hurdles are being met, and the emergence of a handful of homegrown VC-backed startups (see “Venture Capital” section on next page) is the surest sign that something is afoot in NYC.

For instance, in March 2015 the New York City Economic Development Corporation (NYCEDC), along with strategic investors Celgene, Eli Lilly, and GE Ventures, announced a $150 million public-private funding initiative to identify and invest in NYC’s most promising research and to create startup companies to advance it. The investors brought in two elite early- stage VCs to manage the funds and the startups: Flagship Ventures and Arch Venture partners.

In October 2016, the heads of Weill Cornell Medicine, Memorial Sloan Kettering Cancer Center, Rockefeller University, and Takeda Pharmaceutical Company — collectively known as the Tri-Institutional Therapeutics Discovery Institute (TDI) — and the investors Bay City Capital and Deerfield Management announced the creation of Bridge Medicines. Bridge will take in research projects accepted into the TDI and provide financial, operational, and managerial support to translate them into clinical trials.

LAB SPACE. Euan Robertson, SVP and COO at NYCEDC, says that beginning in the mid-2000s, the NYCEDC joined with Alexandria Real Estate Equities to create the first commercial wet-labs in NYC. The Alexandria Center for Life Sciences provides 1.1 million square feet of office and lab space, “almost the totality of commercial lab space in NYC at the moment.”

Since then, other initiatives have further expanded lab space in NYC. NYCEDC partnered again, this time with Sam Sia, Ph.D., an entrepreneur and faculty member at Columbia University’s Dept. of Biomedical Engineering, to develop Harlem Biospace, an incubator providing 2,300 sq. ft. of wet-lab space, equipment, and business support to up to 24 early-stage life sciences companies.

New York’s city and state governments have been actively supporting the growth of life sciences through investment, land use policy, and tax incentives. Government is attracted to the tax receipts, the highwage jobs, and economic diversification. In January 2017 New York Governor Andrew Cuomo allocated $17 million from his recently announced $650 million initiative to support the development of the life sciences in New York State. The $17 million will go to creating a biotech incubator at the New York Genome Center in partnership with Johnson & Johnson’s JLabs (part of J&J’s global Innovation Center network for nurturing nascent science). JLabs will occupy 30,000 square feet at the NYGC.

Nate Tinker, executive director of New York BIO, says that J&J is doing somewhere between 10 to 20 deals per year in NYC. “Big Pharma is spending a lot of time and venture money in NYC.”

Robertson points out that NYC is still far behind Boston with its 13 to 18 million square feet of commercial lab space. But he’s confident that in 10 years’ time the gap can be closed.

VENTURE CAPITAL. Robertson notes that the number of VCs active in NYC has sharply increased over the past two to three years. Not only are out-of- town VCs like Bay City Capital, Flagship, Arch, Lux, and Polaris sniffing around NYC for untapped science, but NYC-based firms like Deerfield Management, Versant Ventures, New Leaf Venture Partners, Accelerator Corp, and Alexandria Venture Investments are also active.

Moreover, local and national Big Pharma has been actively scouting in NYC and recently participated in significant series A financings for homegrown NYC startups Petra Pharma ($48 million), Kallyope Inc. ($44 million), and Lodo Therapeutics ($17 million). Although angel investors and Big Pharma, as well as New York City and state governments, have been reliable investors in NYC life sciences, a VC population is the necessary and, as yet, missing ingredient. VCs not only provide risk capital to young companies, but as importantly, they bring focus and management expertise.

AN ECOSYSTEM THAT SPREADS OUT FROM MANHATTAN
Even today, promising ideas bubbling up from NYC labs are whisked away by out-of-state VCs, or else the startups pick up stakes and leave for Boston or San Francisco. Tinker estimates that until recently “80 percent of the science originating in NYC and that gave birth to startups left within five years for Boston, San Francisco, or Texas.” 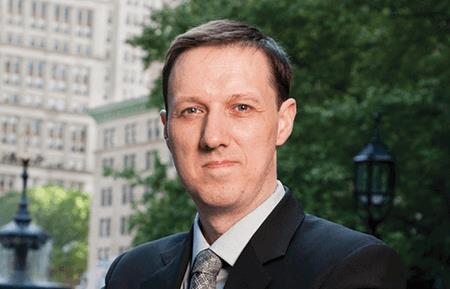 "We see scope for life sciences growth outside of Manhattan."

Robertson starts from the premise that a life sciences ecosystem generally tends to grow from a center of gravity. “In NYC that’s Manhattan. It’s the First Avenue corridor of academic medical centers, the Alexandria Center for Life Sciences on the East River. Most startups, particularly those focused on therapeutics, want to be located near those institutions.” As companies mature, he says, particularly as they become fully integrated companies doing largescale manufacturing, “we see scope for life sciences growth outside of Manhattan.” Diagnostic or device companies may be first to move since proximity to NYC medical centers isn’t as necessary as it is for therapeutics-based companies. NYCEDC, being a city agency, sees the boroughs of NYC as the natural place for them to locate, but allows that New Jersey and Philadelphia, investing in the infrastructure left by a contracting pharma industry, could also absorb more mature companies. “We view these as complementary investments in a connected ecosystem,” says Robertson.

NYCEDC appears to have recently adopted the evolutionary view of an industrial ecosystem’s growth over time, spreading out from Manhattan. In 2010, NYCEDC and SUNY Downstate announced the development of BioBAT, 500,000 square feet of commercial biotech space in the Brooklyn Army Terminal in Sunset Park, Brooklyn. The investment may have been premature; as of this writing, few biotech companies have moved in.

It’s still unclear if NYC can build out its wet-lab capacity to accommodate all the VC-backed startups that will be generated in the coming years. With a larger medical research base than Boston, laboratory capacity would have to be roughly 25 million square feet to process all the ideas coming from NYC’s basic research community. And although there’s been an uptick in early-stage VC activity, many of the investors are based out of state. When others like Third Rock and Atlas Ventures become involved, and moreover commit to establishing fully staffed offices in NYC, we’ll know that VCs are serious about mining NYC’s medical research.

NYC is engaged in a brave urban experiment. By building on its extraordinary assets, it proposes to close the gap with Boston and San Francisco within the decade. Its city and state governments are behind the effort, and VCs seem to have recognized the opportunity. According to Tinker, even the tech transfer offices at Columbia University Medical Center, NYU Langone Medical Center, Weill Cornell Medical College, and Rockefeller University have internalized a NYC economic development mission and are looking in their own backyards instead of licensing their inventions outside NYC to the highest bidder. Clearly the NYC life sciences ecosystem has arrived at an inflection point; now everyone is waiting for the next step.