How To Spot Fake CRA Candidates — Before Scheduling An Interview 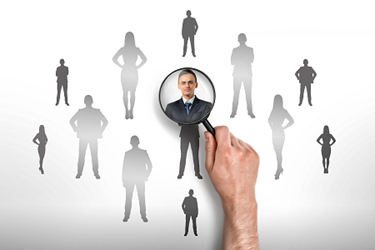 Last month, I shared how easy it is for fraudulent clinical research associate (CRA) candidates to fake their way through the interview process. As we continue the series on identifying phony CRA applicants, I would like to address what I believe to be one of the most common forms of candidate fraudulence in this industry: the falsification of employment history.

Recently a woman applied to several of our open positions with a resume that showed 16 years’ experience as a CRA. Using some of the tips I am providing in this article, it quickly became evident this candidate had been out of the industry for the past two years, and rather than show the gap in her recent work history, she falsified her credentials. The irony is that she had an excellent 14-year track record and her most recent two-year break would not have been an issue; however, falsifying her employment history to cover that gap was definitely a deal breaker for us.

While seeing individuals falsify their employment history in order to hide employment gaps or lack of recent experience is common, it is also common to receive resumes where the candidate’s foundational experience is fraudulent. I was recently scheduled to speak with a clinical operations manager at one of the large global CROs in order to take a reference for one of our CRA candidates. As I reviewed the clinical operations manager’s credentials, I noticed that while her current position was valid, it was obvious that she had adopted a “fake it till you make it” approach early in her career, as her first two clinical research positions were falsified.

Although the above two examples are concerning, the most frightening trend I have seen in employment fabrication is where the entire resume is falsified. A candidate representing an outstanding clinical research career just applied to one of our senior CRA positions via our online job board. As we dug into his credentials, however, we uncovered that every employment listed on his resume was false. Additionally, upon further investigation, we found that not only had he never worked in any role within the clinical research industry, he was actually a customer service representative at Wells Fargo.

When I tell hiring managers about this startling trend, I am often asked: Why not just call and verify past employment?

I recently spoke at a symposium where approximately 30 percent of the hiring managers in the audience admitted their companies do not conduct employment verifications. Last month, a new HR director at a sponsor company reached out to me for advice on this topic. She told me that for one open CRA position, it was not unusual for her to receive 100 applicants where she felt that roughly 75 percent of candidates were extremely underqualified or fraudulent. Because she was having to sort through such a high volume of applicants, she was concerned at overlooking the high-quality candidates compared to those she wanted to pull from her candidate pool. She further explained to me that she just didn’t have time to conduct employment verifications and that some of these fraudulent candidates were getting through the hiring process.

The result: the operations team was spending a lot of time putting these fake CRAs on action plans with the hopes of training them to the competency level they originally represented on their resumes; however, the company was having to manage several of them out of the organization. The impact to the company was serious, as this issue was not only negatively impacting team morale, it was also costing a lot of time, energy, and money to address. Unfortunately, this story is one I hear over and over again.

In some of these cases, conducting an employment verification would have helped this organization avoid hiring these fake CRAs. However, the simple act of “calling to verify past employment” is not always going to protect your organization from candidates who misrepresent their employment history.

The Use Of The “Acme Corporation”

Several years ago, Business Insider published an article exposing a company called CareerExcuse, which, at the time, represented over 200 fake companies.1 For a fee, fake websites were created, Google Maps was tricked into assigning a location to the fake company, and people answered the phones or faxes to verify employment. For an additional fee, positive references for the job seeker were also provided.2 Several organizations have followed CareerExcuse’s example in selling credentials to fraudulent candidates, and our firm has compiled a long list of fake companies used within our industry by phony CRAs. All of these counterfeit companies have professional-looking websites and Google Map locations, and all will falsely verify employment, with some of these entities even providing positive supervisor references.

If a company listed on a candidate’s resume is not familiar to you, always verify the company is real.

In the U.S., the first step to verify a company’s legitimacy is to check state registrars. Every state has a “secretary of state” website, and every company that has legitimately been organized will be listed in the appropriate state repository. If you do find the company listing in the state registrar, be sure to note the date it was organized and if it is still active, as the state registrar also keeps a record of companies that did exist but are no longer in operation. Then compare the dates of operation to the candidate’s resume to ensure the company was in existence when the candidate stated they worked there.

Another resource to consider using is Manta. While not as reliable as the secretary of state listings, it can be a good source if you are unsure in which state a company may be registered.

Other countries will have similar validation sites; for example, in the U.K., you can go to https://www.gov.uk/get-information-about-a-company to gather appropriate details and verify the company is (or was) legitimate.

A couple of days ago, a candidate submitted a resume representing he was employed by Kendle as a CRA in 2013. Kendle, however, did not exist in 2013, as it was acquired by INC in 2011.

For example, a list of expired companies could include the dates the company expired (or was acquired or merged). If the company was acquired by or merged with another company, document the details, including which company completed the transaction as well as the dates of announcement and final transition. In many instances, companies will rebrand after a merger or acquisition, in which case you should also document what its new branded name is and when that new brand was adopted. Then, meticulously compare each resume to this expired company listing in order to validate each applicant’s credentials. Individuals often represent that they worked for a company before or after the company actually existed.

Other Ways To Uncover Fakes

Beware of a lack of resume gaps: If the resume is too perfect, be suspicious. A gap in work history is a reality most candidates face, and while every hiring manager should be asking candidates to explain gaps between projects, the lack of gaps may be more concerning. In this industry, because of the natural stop/start and ebb/flow of projects, hiring managers should expect some gaps (especially for independent/consultant CRAs), and therefore must always explore the lack of gaps in a resume.

Be wary of the vague “Independent Consultant” employment listing: I will preface this section with a disclaimer: I love working with high quality independent CRAs and have a strong respect for what they do. I will also state that not all independent consultants list their clients on their resumes. With that being said, if you are qualifying an independent CRA who has not listed clients they have worked with, ask questions. After all, anyone can have an active LLC or corporation, but that doesn’t mean they have been actively engaged on a project. High-quality independents will openly discuss their recently completed client projects as well as provide references from them. If you are qualifying an independent CRA who is unwilling (or unable) to provide references from recently completed client projects, I recommend you steer clear.

Maintain candidate histories: One of the best lines of defense is keeping every version of every resume you receive on every candidate. Also, take a snapshot of all of their social media profiles every time you touch their applicant profile within your database. Then methodically compare older versions to newer versions, quickly identifying where candidates alter their employment history.

I hope that highlighting these trends and providing these pointers will considerably improve your ability to identify candidate fraudulence early in the recruitment process.

Angela Roberts is the head of recruiting operations at craresources. Prior to joining craresources, Roberts spent 16 years as a hiring manager for high-performing teams, including 10 years with IBM, where she rounded out her IBM career as a senior global transformation executive. Roberts is a certified Project Management Professional (PMP) with significant operations and account management experience. Roberts joined craresources in 2008, where her mission was to build a better recruitment agency — one which focuses on doing the right thing and consistently providing high-quality candidates to the clinical research Industry.