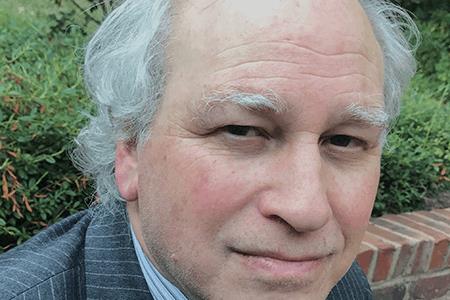 In 2016, an estimated 19 million Americans purchased prescription pharmaceuticals from foreign sources through online pharmacies or while traveling, according to the Kaiser Family Foundation. Drug importation was driven primarily by pricing disparities, with Canada the country of choice.

Ironically, among 35 members of the Organization for Economic Co-operation and Development (OECD) countries, only the U.S. and Mexico had higher patented drug prices as compared to Canada. In 2015, the U.S. was such an anomaly as to be 2.57 times greater than Canada in terms of average drug cost, according to a Health Canada analysis. The remaining countries in the OECD averaged 22 percent less in drug costs relative to Canada.

Although illegal, the FDA seemingly allows individuals to receive three months of prescription drugs for personal use. Several in Congress are calling for a formal change in FDA policy, legalizing the importation of prescription medications. The drugs would be purchased from a certified Canadian pharmacy with a valid prescription from a healthcare provider licensed in the U.S. When comparing prices in the U.S. and Canada, most senators contrast the cost of oral, primary care prescription drugs for diabetes, depression, etc. The price comparisons generally avoid specialty drugs, which are the cause of the double-digit increases in U.S. prescription costs over the past decade, according to a Kaiser Family Foundation analysis. These specialty drugs, defined as costing $670/month by Medicare, include an increasing array of injected monoclonal antibodies, indicated for cancer, rheumatoid arthritis, and recently to treat high cholesterol.

Specialty drugs, though, also include “old school” oral medications that arrive by mail from a Canadian pharmacy, including, ironically, drugs to treat cancer and rheumatoid arthritis. Regardless of administration, many of the specialty drugs cost more than $8,000 per month. The question raised is whether it is appropriate to look north to Canada as a realistic panacea for what ails America in terms of the pricing of specialty drugs.

The U.S. population in July 2016 was estimated at 324 million, whereas the corresponding Canadian population was 35.4 million. The U.S. population is over nine times greater than that of Canada. In terms of specialty drugs, such as those to treat cancer, the disparity is even greater. QuintilesIMS noted that the cost of global oncology therapeutics increased to $113 billion in 2016, with the U.S. responsible for 46 percent of total global oncology drug costs. In contrast, the U.S. accounted for only about 30 percent of the global pharmaceutical market in 2016, once the U.S. contribution was adjusted for increasing rebates and discounts (i.e., $323 billion/$ 1,105 billion).

In Ontario, expenditure for oncology drugs, both intravenous and oral, was $652 million Canadian in 2014-2015, an increase of 20 percent relative to the previous year. Given that Ontario represents about 38 percent of the total Canadian population, this suggests that the entire oncology drug budget for Canada is about $1.72 billion U.S., adjusting for both a 20 percent increase in 2015-2016 and converting to U.S. dollars. Thus, the U.S. consumption of oncology drugs is about 30 times greater than that of Canada, more than three times the difference in population. These differences make it clear that the U.S. appetite for oncology drugs cannot be met by Canada. Ignoring pricing, Canadians should be the buyers rather than the sellers of oncology pharmaceuticals in relation to the U.S.

"The question raised is whether it is appropriate to look north to Canada as a realistic panacea for what ails America in terms of the pricing of specialty drugs."

For some oncologists and senators, though, none of these statistics about the availability of oncology drugs in Canada seem particularly relevant to the argument advanced regarding drug importation into the U.S. That is, American patients should pursue oncology drugs in Canada, since even the lowest price in the U.S. is much higher than the corresponding highest price in Canada. The response to the shrinking of product in Canada is that large pharma will simply resupply Canadian shelves with drugs that Americans purchase from Canada. Let’s provide an example for context:

CASE STUDY: REVLIMID TO TREAT MULTIPLE MYELOMA
Multiple myeloma (MM) is the third most common blood cancer after lymphoma and leukemia, and an estimated 1,600 men and 1,150 women were diagnosed with the disease in Canada in 2016. The most successful therapeutic in the treatment of MM is Celgene’s Revlimid (lenalidomide), which is a more potent molecular analog of thalidomide, which inhibits tumor angiogenesis. Thalidomide was launched in Canada and Europe in the 1950s, but not in the U.S., as an anti-anxiety agent. When prescribed to pregnant women, though, there is a six-day window in which the impact of thalidomide leads reliably to teratogenic or fetal abnormalities, including underdeveloped or completely absent limbs. The infamous drug led to millions of dollars in victim settlements in Canada and internationally. Although Revlimid does not appear to offer a survival advantage over the generic thalidomide, the former offers a preferred adverse event profile, that is, significantly lower rates of neuropathy.

Standard regimen for MM costs more when bortezomib and dexamethasone are combined with Revlimid. This regimen demonstrates an overall survival benefit over Revimid plus dexamethasone when tested on newly diagnosed MM. Average survival time increased from three or four years in the late 1990s to almost a decade currently.

Revlimid is increasingly being prescribed in Canada following the 2017 Health Canada approval of lenalidomide in combination with dexamethasone as a firstline treatment for MM patients who are not eligible for stem cell transplant. This subpopulation captures about two-thirds of newly diagnosed patients with multiple myeloma. An Express Scripts report indicates that Canadians spend more of their oncology drug budget on Revlimid, 15.7 percent, versus any other therapeutic agent. In Canada, Revlimid costs between $8,000 and $10,000 Canadian per month, depending on dosage. Express Scripts in the U.S. noted that Revlimid was the number one oncology drug in terms of 2016 spending, given a cost of $15,000 U.S. per month. There were greater than 30,280 new cases of MM diagnosed in 2017, according to the American Cancer Society.

Of the $6.97 billion Revlimid generated globally in 2016, Celgene did not provide the percentage registered in the U.S., except for the final quarter in 2016. That is, fourth quarter U.S. sales were $1.19 billion, whereas international sales were $621 million. Thus, nearly two-thirds of revenue was generated in the U.S., notwithstanding that the Kaiser Family Foundation reported that the median out-of-pocket cost for a Medicare patient on Revlimid was $11,538 in 2016, whereas the 2016 median annual income for Medicare beneficiaries was approximately $24,000.

If Americans were to purchase chronic therapeutics such as monthly Revlimid from Canada, MM patients could reduce their expected costs by about 50 percent, from $180,000 down to $90,000. In contrast, pharmaceutical manufacturers generate reliable prescribing models regarding how much drug a country uses annually, and projected growth rates based on the recent epidemiologic and pricing trends. Therefore, a particular country could receive a specified drug amount determined by these parameters plus a “fudge factor,” for example, of 5 percent. Then the onus would be on the country, such as Canada, to keep its supply of a drug (e.g., Revlimid for the care of MM patients) within Canada.

Companies want to limit the availability of specialty drugs in developed countries. To accomplish this, a second approach is utilized in terms of contracting agreements with less developed countries. For example, Gilead reportedly provides Egypt its curative hepatitis C treatment at a steep discount contingent upon strict procedures to keep the drug within the country.

The key question is whether Celgene would be willing to “toss away” these models and accept half the Revlimid revenue per American patient annually. Accordingly, the manufacturer would reliably refill pharmacies in Canada with Revlimid to supply the increasing American demand. Bear in mind that Revlimid represents about 62 percent of company revenue.

EUROPEAN PARALLEL TRADE AS A MODEL
There is not an easy empirical comparison to make. Europeans have experienced parallel trade, both informally and formally for many years, but this circumstance may not be the same as what is being described in terms of a large-scale American importation of Canadian specialty drugs. Parallel trade tends to occur when a relative >15 percent disparity or 15-euro difference exists between the local price of a drug within an EU nation (e.g., Germany) and the price obtained by distributors bringing in drugs from a country (e.g., Spain) in which the price is lower, according to a 2017 QuintillesIMS analysis.

Germany formalized this practice in 2004, requiring that at least 5 percent of drugs sold be within the parallel trade paradigm. The impact was to generate increasing parallel trade in Germany from 2005 to 2010, but the effect has receded in more recent years. The QuintillesIMS analysis noted that the bulk of parallel trade involves nonspecialty oral drugs. In turn, recent reductions in parallel trade may reflect that the Germans have increased their share of more expensive, albeit rebated, specialty drugs.

Pfizer’s oral antidepressant Zoloft (sertraline), rather than Revlimid, is the paradigmatic drug for parallel trade. If Zoloft normally would cost $2 per day in England, receiving a parallel trade version of Zoloft for $1.70 per day (15 percent reduction) or even for $1.00 per day (50 percent reduction, as in the Revlimid example for Canada vs U.S,) is not necessarily the same when applied to a drug which costs $180,000 and is available at either $153,000 or $90,000, respectively. That is, pharma companies’ acceptance of parallel trade for low-priced drugs does not imply a corresponding acceptance when the paradigm is applied to high-priced drugs.

THERE NEEDS TO BE A PARADIGM SHIFT
Given the low cost of manufacturing an oral medication, the profit margins for Revlimid are impressive at any of the prices cited. Arguably, a percentage of American consumers who could not afford the drug at one price point, but could afford it at another, creates a market at a lower price that wouldn’t otherwise exist. Alternatively, manufacturers may not leave tens of thousands of dollars per patient “on the table” by replenishing Canadian pharmacies with specialty drugs to be bought reliably and on a large scale by Americans. These remain empirical questions.

An article by John McManus in the June 2017 issue of Life Science Leader seemed to capture the most often-cited criticism of Canadian imports: “Four former FDA commissioners — Democrat and Republican alike — agreed in a letter to Congress that importing drugs from other countries is not the right approach. The commissioners warned of serious risks to consumers and patients because these drugs can be counterfeit, substandard, and unsafe.” For example, between April 2016 and March 2017, Health Canada seized nearly 5,500 packages of counterfeit drugs targeted for export. A representative valuation for one week’s catch of counterfeit drugs was $2.5 million.

Of course, McManus’ perspective and the one developed here are not mutually exclusive, and more rightfully may be viewed as complementary. The aim of this article is to establish that Canada is ill-equipped to supply sufficient quantities of high-priced specialty drugs that cause the most concern to financially strapped Americans, without a paradigm shift accepted and adopted by manufacturers. Without voluntary compliance by manufacturers, Canadian suppliers will not fill the demand for these specialty drugs. Given the potential for profits in the absence of manufacturer compliance, the vacuum generated is still likely to be filled with Canadian drugs exported to the U.S. However, these drugs will originate from a country other than Canada (with less valid regulatory oversight than Canada) or involve outright counterfeit supplies. Either scenario would be consistent with the McManus perspective presented in the recent Life Science Leader. Pricing concerns in the U.S. are likely to increase with these realizations regarding Canada.