In A Political Year, We Need To Remember The Value Of Pharma/Bio 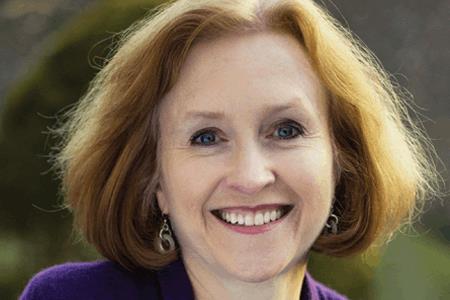 It seems that in nearly every political debate this election season, someone attacks our industry. Some politicians, in their angry criticisms of corporate America, echo many complaints about drug companies, and a few have even linked “big oil, big tobacco, and Big Pharma” in one breath, as if the industries are the same! The drug pricing debate has been particularly challenging for our industry, and, with the presidential election coming up, I can’t help feeling that the attacks will only get worse.

As the CEO of a biotech company, there have been times I wanted to believe that we in biotechnology could skate by this debate and leave it to Big Pharma to deal with political criticism. After all, many biotech companies still don’t have products on the market. So as far as drug pricing goes, the criticisms don’t apply to us directly — at least not yet.

But we are all part of the same community, the same economic ecosystem. Small biotech needs Big Pharma, and vice versa, and when Big Pharma is dragged through nasty political debates, it hurts us all. We are in this together. This year’s criticism has made me ponder the value of biotech and big drugmakers and what we really do bring to our society. This value can be measured in new treatments delivered, patient quality of life, financial value, and, yes, even political value.

We know that it takes many years and millions of dollars to get to the point of generating data that determines if a drug works. We also know that more often than not, drugs fail. At small companies like ours, the very survival of the company can hinge on key clinical results. Living through that kind of data read-out makes us appreciate the huge investment risks taken in drug development.

We lived through that at GlycoMimetics several years ago when we were waiting for data from our Phase 2 clinical trial in sickle cell crisis, the extreme pain caused by cell blockage of blood vessels. This pain is felt by just about everyone with sickle cell disease and can last from hours to days, even requiring a hospital stay. The study on our drug candidate Rivipansel, which could reduce the duration of sickle cell crisis, had taken longer and cost more than we had planned. We had spent several years and millions of dollars completing the enrollment in our study. As we waited for the unblinded data, we were running out of money. The survival of the company literally depended on positive data. While the final data analysis was being done, our management team had to plan both for the opportunities that a successful outcome would bring, as well as the downside that would come with a study failure. I can’t think of another industry where after so much time and money, so much hangs in the balance depending on a single set of data. In this case, the Rivipansel study was a success, and we are now in partnership with Pfizer, which has taken over further development of the compound. To our whole team, it was a huge relief!

When I think of what we go through to get to a successful drug and how much our industry needs good public policies to support our work, I have wondered why society doesn’t place more value on what we do. Why don’t policy makers and the public understand and support us?

WHY THE POLITICAL DEBATE FOCUSES ON US
But recently I’ve realized that the reason we are at the center of so much political debate these days is precisely because society places so much value on what we do. It’s because we have been successful in developing drugs that prolong life and improve quality of life that we are under the microscope of political debate. Policy makers and politicians realize what we are capable of, many patients and their families have experienced the benefits of what our industry can deliver, and people do profoundly value the outcome of our work. That is exactly why our industry does not get a free pass.

“I’ve realized that the reason we are at the center of so much political debate these days is precisely because society places so much value on what we do.”

It is also striking to think that members of Congress, much maligned for Washington dysfunction, are focusing so much on improving our ability to discover and develop new drugs — and are actually making progress. One of the very few areas where a bipartisan consensus is emerging this year is around the work we do. The 21st Century Cures Act in the House and companion bills in the Senate all embody a set of policies that many people believe will help improve our ability to get innovative drugs developed and approved. These include making it easier to accelerate development of compounds for serious unmet medical needs, supporting the development of “precision medicine” drugs, and better incorporating the patient voice into drug development.

Many different interest groups representing patients, industry, and regulators have come together to provide ideas and momentum. In the midst of one of the most contentious political climates ever, a major piece of bipartisan legislation focused on drug development could very well get passed. If it doesn’t, there was at least an encouraging moment of possibility, and I don’t think the fact that the bill dealt with our industry was a coincidence. It really does speak to the widely accepted importance of what we do.

There are still ongoing key policy debates. I generally feel that policy makers understand what is at stake, though there is often intense disagreement about how to achieve our goals. We have much work to do to ensure policy changes will support and not impede new drug development. It will be hard to continue making the case for our industry, and it can be especially difficult and discouraging to face the criticism that comes as part of that debate — even when some criticism may be deserved. When I think of how uncomfortable the political bullseye can be, I remind myself how satisfying and important it is to do the kind of work we do with the potential impact we have in biotechnology.

TAKE A LONG-TERM VIEW
I know that many in our industry often think about the potential impact on the lives of individual patients and feel especially grateful to have a role to play. I experience this often in the context of our clinical trials at GlycoMimetics. One of our drug candidates is currently being tested in a clinical trial for Acute Myelogenous Leukemia, or AML, for which currently available treatments are not particularly effective and where cancer cell resistance to chemotherapy is a problem. The trial is a so-called open label study, meaning that everyone in the study will be receiving our drug, in addition to the standard of care. Testing is still in its early days, so we know when each patient is enrolled. We don’t know personal details, of course, but we hear general background, usually the age and sex of the person and a top line summary of their disease status. So we might hear, for example, that a 35-year-old man with poor cytogenetic risk factors has been enrolled, or perhaps a 76-year-old woman with relapsed disease. I can’t help feeling invested in each patient’s progress. I know when their treatment ends, and if their disease has cleared. I am rooting for them. I feel disappointed and sad if their disease progresses, and if we see signs of improvement, it makes my day. I may be a bit overinvested, but I know from others who work in our industry that many people feel the same way. We do care — for our companies’ sake, but also for the human impact. It is a wonderful feeling to know that if our work is successful, the benefits to individual people can be so profound.

And it’s that value — the real possibility to impact people’s health — that is the reason we are at the center of the political debate. It is easy to get defensive when we feel attacked and easy also to feel disappointed when the markets turn downward as they have at the beginning of this year, but we need to take a longterm view to remember how critical our work is. We need to remember the patients who benefit if we are successful. Much is at stake for the patients with disease, for our companies, and for our nation, which continues to lead worldwide in innovative drug discovery and development.

So let’s welcome and engage in the political debate that recognizes the potential impact of what we do. Let’s appreciate the opportunities we have to be part of this incredible time of creativity and innovation in human health. And most of all, let’s remember what we are trying to accomplish. Because after the long years, the risk, and the dollars invested, if all that works out and new drugs are discovered and developed and human life lengthened, and if the quality of patients’ lives can be improved, we will know that the politics are worth the struggle, and we can feel proud to have persevered.